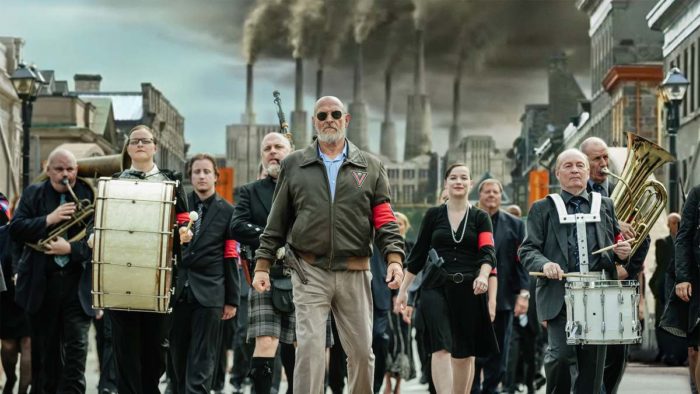 American Gods veers away from Gaiman’s novel for another strong episode.

Warning: This contains spoilers for Episode 6. Not seen American Gods? Read our spoiler-free review of the first two episodes here.

Vulcan (Corbin Bernsen) is the first deity introduced in American Gods that doesn’t appear in Neil Gaiman’s novel, although was reportedly created by Gaiman himself, specifically for the series. Considering the skeleton of the book that needs to (mostly) be followed for the show’s main narrative, it’s not surprising that Vulcan ends up a one-episode-and-done deal in a pretty concrete fashion – sacrificed by Wednesday, in response to his betrayal of Wednesday and Shadow to the New Gods. He’s based on the Roman god of the forge, metalworking and volcanoes, and while he crafts Wednesday a sword in the old way, guns are more his forte these days and his volcanoes are now fiery lead vats with which to create them; not so much a god of open flames, as a god of open fire.

The political parallels of American Gods rarely delve into especially subtle territory, although, as is the case with Wednesday straight up beheading Vulcan, a bit of blunt force can go a long way to stir the emotions. Many a think-piece on the series has made some allusion to it as one of the first shows of Trump’s America (as critique, not embodiment), and, fuelling that interpretation, Vulcan has made himself the god of a particular subset of America in a Virginia town; one that will look suspicious of a black man passing through, but will happily shut down the streets for a funeral march that concludes with guns fired into the air with no regard for where the stray bullets will end up – Wednesday wisely advises Shadow to take shelter in their car before the bullets come back down again like rain.

Bryan Fuller and company — which includes executive producer Adam Kane, who also directs this episode – also aren’t afraid to reference real-life tragedies in a god’s monologuing. The Black Lives Matter movement got a brief allusion in Anansi’s speech in Episode 2, but Vulcan delivers an explicit, chilling nod to the 2012 Aurora shooting: “Every bullet fired in a crowded movie theatre is a prayer in my name. And that prayer makes them want to pray even harder.”

Gunfire might seem like the episode’s main motif, considering that the opening Coming to America vignette involves various Mexican workers being gunned down, with Mexican Jesus among their party – Wednesday remarked a few episodes back that Mexican Jesus has had a pretty rough time recently. Taking the episode’s subplot into account, though, the big theme for Episode 6 would seem to be an individual’s changes; how to reshape one’s identity to move forward. Mad Sweeney and Laura, now reluctant road trip buddies, encounter Salim (Omid Abtahi), the young Muslim man who made love with the Jinn in Episode 3 and was afforded a new life by the god as a New York taxi driver. He’s now using the vehicle to try tracking down the Jinn, accompanied by two passengers also trying to determine who they are.

Sweeney has lost the coin that defines him, appalled that it’s now buried within and sustaining someone who seems to have little regard or respect for most things. He’s trying to convince Laura that she needs to change her priorities and that Shadow is not going to love her again. A little bit of the leprechaun’s spiel seems to shake Laura’s faith about Shadow’s kiss having made her heart beat again, however briefly, but she’s also driven by Sweeney’s claim that he knows a guy who can resurrect her properly, without the need for an Irishman’s magic gold.

Add to all that Wednesday’s brief discussion of a very old god, Mr. Wood, who sacrificed his forests to become something else (i.e. a partner with the New Gods, as evidenced in last episode’s tree monster closer), as well as Vulcan’s previously discussed identity switch, and it sort of seems like Gillian Anderson’s Media should have popped up in her David Bowie guise in this episode instead. Ch-ch-ch-ch-changes…

American Gods is available exclusively on Amazon Prime Video in the UK, as part of a £5.99 monthly subscription. You can watch American Gods online every Monday, with new episodes arriving within 24 hours of their US broadcast. 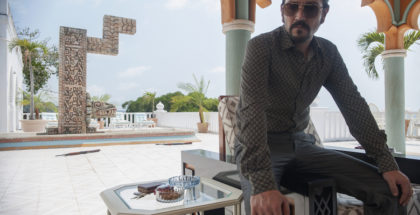 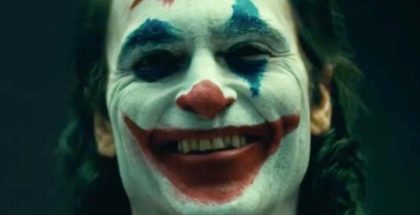