Fear the Walking Dead begins to show real signs of promise as its second season draws to a strong close.

Warning: This contains spoilers. Not seen Season 2? Read our spoiler-free review of its opening episode here.

“The rules are different and always changing,” Madison (Kim Dickens) tells Travis (Cliff Curtis) near the end of Fear the Walking Dead Season 2. It’s the kind of on-the-nose, explicit moral statement that AMC’s show specialises in – always two steps away from being genuinely good. But after a fairly promising first half, the spin-off’s sophomore outing shows significant signs of improvement, as it finally cracks the main obstacle that has been plaguing the series since its premiere.

Taking place before The Walking Dead proper, the theory is that this show gives us a glimpse of society crumbling in the face of the unforeseen apocalypse – a fresh look at the exact moment that people turn into monsters themselves. The only problem? The people aren’t all that interesting. Season 2’s first half followed the time-honoured tradition of The Walking Dead to develop its group: splitting them up into pairs and groups, before bringing them back together again. And, by and large, it works.

With Celia’s estate burned down by the unhinged Salazar (sadly no longer alive, despite him being one of the most rounded people in the ensemble), our survivors fragment. Strand (Colman Domingo), Alicia (Alycia Debnam-Carey), Madison and Ofelia head to a hotel for shelter and supplies; Nick wanders into the wilderness and stumbles across a new community, home to Luciana, whom he meets on the round; and Travis goes after Chris to try and help his son.

It’s a smart move, giving Madison and Strand a chance to bond more. Their interactions have always been a highlight of the show, and Dickens’ and Domingo’s chemistry is as intriguing as ever, both of them possessing enough rough edges to get on with the gritty business of staying alive. Both of them, notably, had those dark sides before the zombie uprising began: this is just a progression of their existing characters, rather than a shocking turning point. Perhaps that’s what makes them both such enjoyably companions as the world slowly turns to pot – watching them fight their way out of the hotel bar, after sinking more than one drink, is genuinely entertaining.

Alicia and Ofelia, meanwhile, get on with trying to repair and fortify the building – that is, until Ofelia decides to strike out on her own and head back to the USA. Strand finds his own difficulties in the form of getting stabbed by the mother of an infected woman he tries to kill, while Madison shoulders the responsibility of running and maintaining the hotel. Turning on the lights in the hope of attracting Travis or Nick, she winds having to face a host of tourists and refugees, which introduces a fresh set of risks – and, commendably, those risks aren’t just limited to flesh-eating beasts.

Specifically, that takes the form of a bunch of annoying young men who are full of youthful arrogance – when Travis and Chris first meet them out of the hotel compound, they reveal they were on spring break when the outbreak hit. Their presence only encourages Chris’ new, nasty streak, as a confrontation with a farmer sees one of them get shot, prompting Chris to shoot and kill the farmer. Once Travis and others are brought into the hotel, the spring break guys decide they will drive off for more apocalyptic funtimes in San Diego, and Chris wants to go with them. Needless to say, he does, and it doesn’t end well.

The show gets bonus points for bumping off Chris (despite Lorenzo James Henrie’s efforts to depict his slide into the sociopathic abyss, he was one of the most annoying people, because the script kept rushing his descent), and more bonus points for doing so in the most innocuous of ways – he has a car accident while briefly taking over driving duties for the gang. But most of all, the show gets bonus points for using Chris’ death as a chance to really push Travis away from the boring beige flatlands of tedium and onto the cliff-edge of having actual substance.

With the spring breakers returning to the hotel without Chris, Madison guesses what has happened and tries to keep it from her husband – because she knows that it will cause him to crack for the first time. Inevitably, he finds out – and, while you might expect him to resolve the matter by talking rationally, he instead he does something genuinely shocking: he brutally beats them to death. It’s rare outburst of emotion and anger – in contrast to the show’s always reliable, graphic bursts of action, the camera here stays on Travis throughout – and if he has been one of the dullest, weakest points of the entire programme to date, the penultimate episode’s assault at least stands out more effectively as a result, with Curtis finally getting the chance to be an interesting central figure in this pre-Walking Dead universe. He’s not at a Rick level of substance, but he’s actually got two dimensions now – and after two seasons of waiting for those depths to be coloured in, it’s a hugely promising step forward for the franchise.

The same has already happened for Strand, with his ill-fated romance in the season’s first half giving Domingo a chance to play sweet as well as sinister. He takes a back seat for much of Season 2’s final stretch, acting as an immoral compass and veteran advisor in the background. But he’s a valuable team player, seeming to have developed some kind of conscience, just as Travis begins to detach from his.

Madison, caught in the middle of these two extremes, remains the MVP, coaching Travis through the horror of his actions. Reassuring him with the fact that they’re all going to have to take such drastic actions to survive, she’s a reminder that in this strange new world, love has a more brutal side, one that requires forgiving the unforgivable, while committing the same atrocities too. And so, as word gets out about Travis’ homicide, Madison is forced to abide by her own self-imposed rules, which insist that anyone killing other humans must be kicked out of the compound – and so she, Travis and Alicia flee to find Nick (while Strand stays behind).

And what of Nick? Fear the Walking Dead smartly keeps him separate from the rest of the gang for most of Season 2’s second part. An interesting oddball in his own right, Frank Dillane’s always struggled to fit in with the rest of the gang – and so the writers take him into a different gang altogether, one that’s ruled by Alejandro, a man who claims to have been bitten by a walker, but has miraculously remained immune. The result is neat little look at the way that religious groups can spring up around outlandish claims in a post-apocalyptic society, with Luciana buying into Alejandro’s self-made myth. But there are more threats than just the supernatural, and so the series smartly brings Alejandro’s community in contact with another band of survivors: bandits who trade medicine with them, but soon decide to skip the trade part and just go straight to war.

Nick and Luciana’s ensuing romance isn’t the most convincing thing we’ve seen on the show, but it follows on from flashbacks that show us Nick’s pre-Season 1 journey (and relationship with the already-bitten girlfriend he lost in that haunting opening church sequence), building up just enough back-story to make his new burgeoning relationship matter. By the time the finale arrives, Nick winds up becoming the leader of the whole of Alejandro’s community, after he confesses that he’s a fraud. Fleeing the town, Alejandro is left to open their defence gates to the undead, just in time for the bandits to arrive and be overrun. Nick and Luciana, meanwhile, are heading for US-Mexico border, where Nick has seen a large camp and a helicopter.

Could it spell hope for Nick’s followers? Or is the apparent safety of the army only a new danger yet to be confronted? With Madison and Alicia being pointed in the director of the border, after coming across a dying Alejandro, the stage is set for the cast to begin to reunite at long last – and, with the political opportunities opened up by the focus on the border between Mexico and the USA, not to mention characters that have either been improved or bumped off, Fear the Walking Dead closes its second run with genuine promise for Season 3.

Fear the Walking Dead Season 1 to 3 are available on Amazon Prime Video, as part of a £5.99 monthly subscription. For more information, see Where can I watch Fear The Walking Dead?.

Why you should be watching 3Below: Tales of Arcadia on Netflix... January 13, 2019 | Nathanael Smith 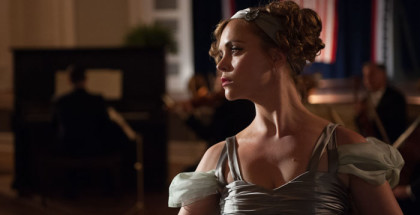