Amazon TV pilot review: The Man in the High Castle, Down Dog and The New Yorker Presents | Where to watch online in UK | How to stream legally | When it is available on digital | VODzilla.co

Amazon TV pilot review: The Man in the High Castle, Down Dog and The New Yorker Presents

Hot on the heels of Transparent’s Golden Globe win, Amazon is back with its new season of TV pilots – available for free to customers and non-customers alike. Feedback from viewers is then used to decide which to commission as full series. Judging by the line-up (which we’ll be reviewing over the coming week), Amazon is looking more and more like a TV producer to be reckoned with.

But enough about that, we need to talk about The Man in the High Castle.

The Man in the High Castle

Every Amazon pilot season has had a stand-out show that demands to be made into a TV series immediately. This year, The Man in the High Castle is it.

Philip K. Dick’s Hugo Award-winning novel has hovered around the small screen for years now – and who can blame it? An alternative history that questions what would happen if the Axis powers won Word War II, it’s the kind of political sci-fi you can imagine the BBC doing very well. Now, it’s finally popped up on Amazon’s table, with Ridley Scott as a producer and The X-Files’ Frank Spotnitz as writer. The result is even better than you could possibly expect.

One word sums up this pilot’s achievement: world-building. Director David Semel has previous with making the fantastical believable on Heroes and his production design team are impeccable, from the chilling sight of Times Square with a neon swastika glowing over it to the unsettling juxtaposition of San Francisco and Japanese road signs.

The premise? The US has been split between the victors, Japan getting the Pacific half, Germany the Atlantic. What’s remarkable is less that K. Dick conceived such a thing (alternative histories are somewhat common these days) but that you buy into it without a second thought.

Julia (an excellent Alexa Davalos) and Joe Blake (a likeable, fresh-faced Rupert Evans) emerge as the main characters. She’s the wife of a factory worker on the East coast. He’s a young lad in the West with a dad who fought in the war. Each of them become caught up in the rebellion against the ruling authorities – specifically, the discovery of old film reels (made, according to rumours, by the eponymous Man in the High Castle). In the original novel, these materials were printed books, but while elements of Dick’s work have been streamlined, Spotnitz’s script ensures that the smart set-up is easy to follow for newcomers or old fans, without losing the author’s signature cool intelligence.

“What is that, ash?” asks one character halfway through, as snow falls from the sky. “The local hospital,” replies a police officer. “They burn the elderly, the infirm. A drag on the state.”

The matter-of-fact presentation only adds to the chilling tone – one that’s established by a fantastic opening credits sequence involving a quiet cover of Edelweiss, not to mention Rufus Sewell as an eerily straight-faced Nazi officer, who has a taste for hunting down and torturing suspects.

As the politics of the situation grow increasingly complex, secret alliances, unexpected betrayals and lies become the order of the day. The result is a thoughtful, stunning and ambitious examination of what is real and what is manufactured; a superb display of ambition, class and sumptuous style. This, you think, is the kind of political sci-fi the BBC do very well. But judging by Amazon’s adaptation, we wouldn’t want to imagine any other alternative.

Josh Casaubon plays a laid-back yoga instructor, who spends his time smiling at hot mums and smoking weed, in this satire of the LA yoga culture. A satire of yoga? It might not sound like there’s much to Robin Schiff’s series and, on the basis of this, that’s unfortunately the case. Casaubon is believably immature as the light-headed Logan, who finds himself having to grow up when his relationship with his girlfriend and studio owner goes sour. But with few laughs and low dramatic stakes, the prospect of a man-child coming of age in 30-minute episodes doesn’t feel particularly original or new. There are some nice supporting turns from Paget Brewster as his partner – “He wished me all the happiness in the world? Asshole!” – and Will Greenberg, but this is one yoga satire that should take a breather.

Ask anyone on the streets of the UK and the number of people who say they read The New Yorker is going to be minimal at best. Amazon’s decision to turn the publication into video form, then, is a bizarre one for us folks across the pond.

There are interesting parts in this hodgepodge of items, some of which are more successful than others. A documentary by Jonathan Demme about a biologist (based on an article) captures a curious scientific tale within a very short runtime, while an interview with artist Marina Abramovic is interesting, if not offering any dramatically new insight into her work. Other moments are not quite so convincing; a poem read by Andrew Garfield with genuine conviction ends abruptly, only leaving you wanting more, while the bookmarking of chapters with cartoons by Emily Flake are fascinating as time-lapse footage, but not as side-splitting or topical as one would hope (an example, perhaps, of how the New Yorker format may not be perfectly suited to the screen). The stand-out, though, is a skit starring Alan Cumming about crazy men shouting in supermarkets, directed by Arrested Development’s Troy Miller.

The final package is uneven, although it has Alex Gibney’s name as an Executive Producer, which gives it strong non-fiction clout (in case the line-up of Demme and the others wasn’t impressive enough already). Crucially, despite its geographical title, The New Yorker Presents feels not entirely unlike something you could find on UK TV – think Panorama or Dispatches meets The One Show. That in itself, though, is why this is such a significant entry in Amazon’s pilot season: it’s a glimpse of how diverse the VOD service’s output can be, as the site positions itself not just as a streaming site, but as an online TV network in its own right. There’s an interesting New Yorker article in there somewhere. 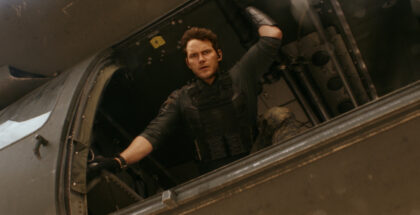 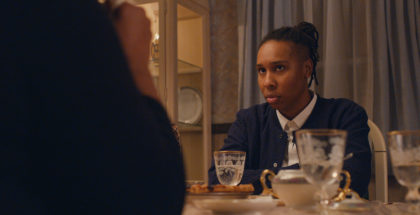 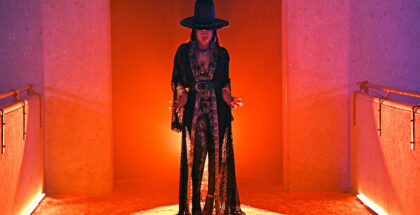 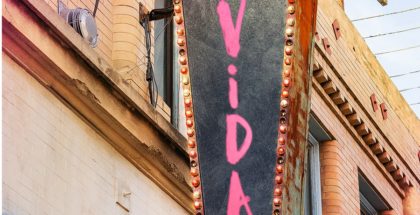