VOD film review: The Iron Giant | Where to watch online in UK | How to stream legally | VODzilla.co 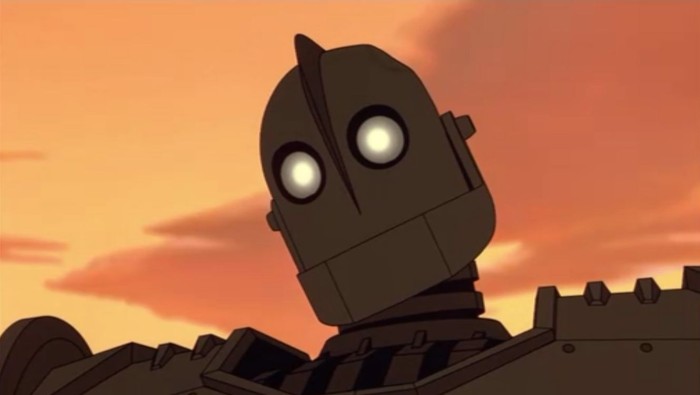 This heartfelt tale of a boy and his robot is a modern yet timeless classic.

Brad Bird is a member of Pixar’s senior creative trust, having directed The Incredibles and Ratatouille and consulted on most of their films since. Like many of his contemporaries in animation, he’s also brought his visual sensibilities to live action, in Mission: Impossible – Ghost Protocol and Tomorrowland.

The latter of those probably looks more like one of his, with the same retro-futuristic leanings we saw in The Incredibles and in his debut feature, 1999’s The Iron Giant. Having jumped ship to Pixar shortly thereafter, you could probably count this as the last great traditionally animated picture from a Hollywood studio. Luckily, it’s a doozy.

In 1957, an unidentified flying object crashes off the coast of Portland in Maine and a drunken sailor’s reports that it was actually a giant robot are laughed off by the locals. An intrepid young boy named Hogarth Hughes (voiced by Eli Marienthal) discovers the truth, while exploring, and soon befriends the 100-foot tall metal munching automaton (Vin Diesel).

But the arrival of unctuous national security agent Kent Mansley (McDonald) puts the giant in danger. While Hogarth tries to hide his new friend at a scrapyard-cum-all-you-can-eat buffet owned by local beatnik Dean (Connick Jr.), Mansley charms Hogarth’s mother (Aniston) and pulls out all the stops in his bid to destroy the perceived threat.

The state of creative alchemy in which this film was made is kind of fascinating. Following a big budget animated flop in the form of 1998’s Quest For Camelot, a forerunner to DreamWorks Animation’s post-modern fairytales, The Iron Giant emerged as a more earnest effort just one year later.

Due in part to a drastically slashed budget and production schedule in the wake of Camelot’s failure, Bird was able to maintain complete creative control and it pays off quite magnificently. This is at once a latter-day Amblin film and an emotional tale about the perils of paranoia in the nuclear age. It’s a “boy and his robot” story, of the kind that recently got a CG-polish from Disney and Marvel in Big Hero 6, but the 1950s context never detracts from the delightful simplicity of that relationship. Hogarth is the smart kid of a single mother, who moved him ahead a year in a school where people pick on him for “just doing the homework”, and he’s looking for a friend and father figure. The big metal figure he chooses lands somewhere between ET and Terminator 2’s T-800.

Unsurprisingly, in retrospect, the giant gets its soul from Vin Diesel’s performance. Years before he would voice Guardians of the Galaxy’s Groot, Diesel’s robot is a character of few words, but the emotion in his performance is at least as deep as the timbre of his voice. He’s a gun with a soul, a character of immense power and an even bigger desire to be gentle.

While the art direction is sumptuous, it’s easy to forget how marvellous the soundscape is too. The foley work is superb, Michael Kamen’s score is divine and every vocal performance is excellent, from Connick’s exasperated hippy to McDonald’s officious bum-bag. Even the minor characters are fleshed out by vocals from the likes of M Emmett Walsh and John Mahoney.

“Big things happen in big places,” drones a sceptical Mansley, before he’s bowled over by the scale of the iron giant. This is a film with a big heart in the right place. Although the luck of the production process didn’t hold out at the box office, it’s doubly rewarding for anyone looking back. Surely informed by its post-nuclear setting, The Iron Giant is a timeless animated film that can still raise a laugh and provoke tears in viewers of all ages.

The Iron Giant is available on Netflix UK, as part of an £8.99 monthly subscription.

Where can I buy or rent The Iron Giant online in the UK?

Amazon takes to the air for in-flight streaming 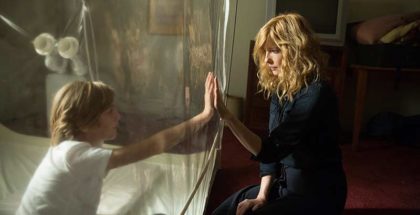