12 Days of Netflix: Babes in Toyland (1986) | Where to watch online in UK | How to stream legally | When it is available on digital | VODzilla.co

Something to replace the whale in your nightmares

There’s an astonishing moment in the middle of Babes in Toyland, a film that mostly has as much depth as a castrato’s voice, when Pat Morita’s Toymaster wisely cautions Drew Barrymore’s heroine Lisa that “the struggle between good and evil goes on in everyone”. For one brief moment, a theme emerges that would make Solzhenitsyn nod his head in approval. Halfway through, could this film turn around and redeem a piece of straight-to-TV nonsense with a complex look at morality and the grey areas in all of our souls? No, of course it couldn’t. But that one sentence is the most interesting part of the film, so it seemed prudent to open the review with it.

The hideously named Babes in Toyland – a title that has undoubtedly led to a lot of frustration and confusion among certain demographics – is based on a 1903 operetta which was most famously adapted into a 1961 musical made by Disney. The 1985 iteration brought in Morita, Barrymore and an unusually upbeat Keanu Reeves and created one of the most forgettable fairytales ever. On Christmas eve, plucky and old-before-her-time Lisa crashes out of a jeep on a sled and somehow ends up in Toyland, where figures from her life appear as characters such as Widow Hubbard, Jack-Be-Nimble and Mary Contrary. Together they hang out with the Toymaster, who makes all of Santa’s toys, foil the evil plots of the town’s villain Barnaby Barnacle and help Jack gain ownership of the cookie factory.

This is a strange and creepy film. Lisa rides into Toyland on her sled, flying through the air, before landing on a conveniently placed giant cake. Then she explores a land that has emerged straight from your nightmares onto the TV screen; Toyland aims for a Wizard-of-Oz-meets-Labyrinth vibe, but tries to achieve this with the budget of a standard episode of Teletubbies. Giant, dead-eyed geese and unsettling bears wander the streets of the city, a pink and plastic conurbation of terror. The Toymaster’s elves are as cute as a porcelain doll in a horror movie, while the villain walks around wearing your gran’s hat.

Then there was the curious decision to keep this as a musical. While it’s amusing to see Bogus Journey-era Keanu Reeves fully committed to song-and-dance numbers, the songs are bland and often plain odd. One particular song appears twice and it’s an ode to the joys of Cincinnati, for some reason. Later on, the complete non-entity of the plot leads to Barnaby Barnacle unleashing all the evil in the world. In order to stop turning evil themselves, the four heroes bring back the song about Cincinnati. Cincinnati, it turns out, can solve all woes. Cincinnati is life. As they belt out that song about Cincinnati for the second time, as if it wasn’t irredeemably terrible the first time, you might just have a moment of profound reflection as you ask yourself, why was this film made? Why am I watching it? Babes in Toyland does not have the answers.

Worst of all, it isn’t even Christmassy. Aside from its framing device in glorious Cincinnati, land of dreams, Babes is set in a sunny and characterless village, seemingly in the height of summer. There’s very little reference to Christmas, the songs fail to tap into the spirit of the season and it rarely evokes that cosy and warm feeling that makes even the weakest festive treat forgivable. Babes in Toyland forgets, entirely, its flirtation with moral meditation on the nature of good and evil; the message ultimately ends up being “believe in toys”. Yet such a characterless attempt at a Christmas movie will leave you believing in nothing but the abyss.

Babes in Toyland is available on Netflix UK, as part of an £9.99 monthly subscription.

My5 now available on Google Chromecast 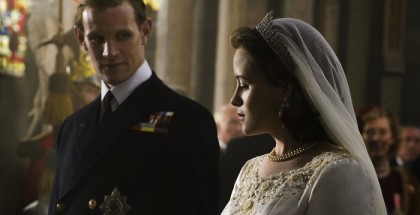 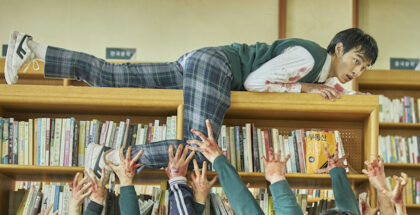