What's leaving Netflix UK in December 2016 / January 2017? | Where to watch online in UK | How to stream legally | When it is available on digital | VODzilla.co

With the end of December on the horizon, nobody will be sad to see the back of 2016 – unless they have a Netflix subscription, in which case the annual calendar switchover spells the inevitable departure of films and TV shows from the streaming service.

We’ll be keeping the below list of imminent removals updated to prepare you for the impending puge, from the unmissable Firefly and unconventional Jimi Hendrix biopic All Is By My Side to the masterpiece that is Oscillating Fan for Your Home.

Phil Kaufman’s classic 1970s horror proves that remakes can be as good – and as scary – as the original. Donald Sutherland, Brooke Adams, Jeff Goldblum and Leonard Nimoy star.

It’s with sadness that we bid farewell to the spiritual cousin to Fireplace for Your Home. (Read our full review.)

“I should be able to take any song and do it in a way you haven’t heard before.” That’s Jimi Hendrix in Jimi: All Is By My Side, a film about the musician that, famously, doesn’t have his music in it. But that bizarre shortcoming turns out to be the movie’s biggest blessing. Read our full review.

Anthony Minghella’s adaptation of Patricia Highsmith’s novel, The Talented Mr. Ripley, is sumptuous stuff, with a stellar performance from Jude Law as rich boy Dickie Greenleaf and Matt Damon as the lower-class fraud who envies his life.

Darren Aronofsky’s directorial debut remains one of the best films of his career. Following a mathematician trying to calculate the formula that explains the whole of nature, the low-budget thriller manages to combine everything from arithmetic and religion to mind-bending visuals. Breathtaking.

Joe Dante’s sci-fi action flick about toy soldiers that come to life, leaving two kids (including a young Kirsten Dunst) caught in the middle of an ancient war between two plastic races is unexpectedly charming stuff.

The Australian comedian is on superb form in this live show featuring support from the playful musicians of The Heritage Orchestra. Combined with his special Ready for This?, also departing on Netflix on New Year’s Day, this is several hours of smart, silly, side-splittingly good musical comedy.

Schwing! It’s always a risk taking an SNL skit and blowing it up for the big screen, but Mike Myers and Dana Carvey – aka. Wayne and Garth, who run their own TV show in Wayne’s parents’ basement – prove that it can pay off. The duo find themselves battling a sleazy TV exec (Rob Lowe) to save their homegrown series from the professional industry. The result is funny, silly and endearing – and is responsible for countless Bohemian Rhapsody car singalongs since.

Because sometimes, you need a reminder that there’s nothing more important in life than being really, really ridiculously good-looking.

Zach’s girlfriend, Beth, dies – then comes back to life. Can they still have a relationship? Dane DeHaan and Aubrey Plaza are clearly enjoying themselves in this likeable zom-rom-com.

The great John Landis directs this romantic comedy based on a story by Eddie Murphy, which sees the crown prince of a fictional African nation come to the US in the hope of finding a wife.

Ridley Scott’s wide and varied career has a great many films which people talk of often, but his first film – the Palme d’Or-nominated, and Best First Work-winning, The Duellists – is quite unlike any of his others. A small-scale conflict between two men played out over decades with a vein of absurdity running throughout? This is an underrated, impressive debut.

Second-generation stuntman Rod Kimble (Andy Samberg) must perform a death-defying feat in order to save, and subsequently kick the ass of, his ailing stepfather (Ian McShane) in this underdog comedy.

Hugh Laurie plays an abrasive, intelligent doctor with a knack for solving obscure medical conditions and falling out with as many people as possible. Amusing, dramatic, scientific. What more do you need?

Ghost in the Shell – 2nd January

A government cyborg is tasked with apprehending a hacker who’s taking over the minds of computer-enhanced humans in this cyberpunk anime classic – don’t miss the chance to see it before Scarlett Johansson’s remake.

“Take my love, take my land…” If you haven’t seen Joss Whedon’s sci-fi series – and if you really liked Serenity – then don’t miss the chance to watch this sadly cancelled sci-fi gem. Treating the final frontier as the Wild West, the series sets up Captain Mal Reynolds (Nathan Fillion channelling Han Solo) as everyone’s favourite outlaw with a beautiful ship, a dangerous cargo and a band of lowlives to look after it. Some of them play with plastic toy dinosaurs. What’s not to love? (Read: Why Firefly is the greatest TV show of all time.)

The brilliant Gugu Mbatha-Raw delivers a star-making performance in Amma Asante’s excellent period drama, inspired by the true story of the illegitimate, mixed-race daughter of a British admiral, who played an important role in the campaign to abolish slavery in England.

Other titles leaving Netflix UK in November and December 2016

22nd December
The Other Woman

24th December
The Care Bears Movie
The Mechanic
The Secret of NIMH 2: Timmy to the Rescue (1998)
Wild Bill
Yours, Mine and Ours

30th December
The King of the Streets

18th January
Beating Again
Can We Get Married?
Secret Affair
This Is My Love

VOD film review: Army Of One 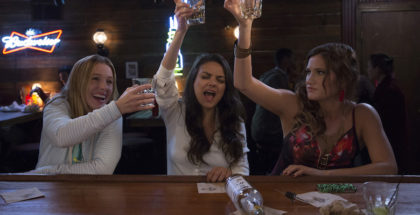 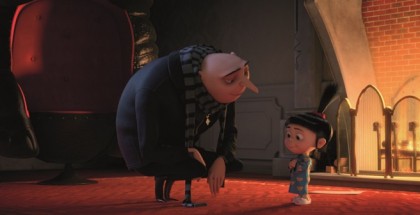 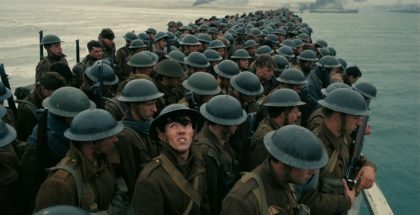