Interview: Young and Promising creator Siri Seljeseth on being Norway's answer to Girls | Where to watch online in UK | How to stream legally | When it is available on digital | VODzilla.co

Interview: Young and Promising creator Siri Seljeseth on being Norway’s answer to Girls 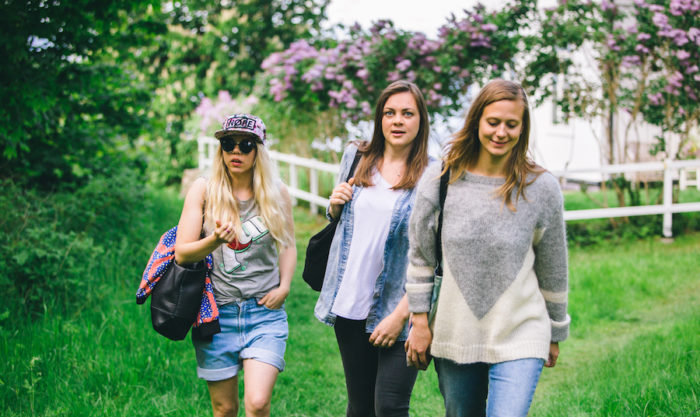 All three of them have their own troubles, from trying to get through acting school to getting their first book published. Siri, who created the series, stars as Elise, a stand-up comedian who returns from a stint in America, but has her visa denied, leaving her stuck in her home country – and forced to find work dressing up as Bob the Builder in a shopping mall. It’s funny, it’s fresh, and it’s fiercely honest, squeezing the universal growing pains of 20-somethings into 30-minute bursts of witty laughs and understated drama.

With the whole show landing on Walter Presents, following the premiere of Episode 1 on Channel 4, we sit down with Siri to talk binge-watching, being compared to HBO’s Girls, and making something that doesn’t meet the usual Scandi TV stereotypes.

Let’s get the most important question out of the way: This is a Norwegian series. Where are all the dead bodies?

I know! Tbhis won’t fulfil any of your expectations of Nordic dram as you know it. Or maybe it will. I don’t know. I don’t know want to spoil it…

So everyone dies in the end?

Was that part of the reason for making Young and Promising? Not seeing yourself on your national TV?

Definitely. I noticed that there wasn’t anything, really, about just being… a human being! Being alive in this day and age. Specifically, being alive here in Oslo. There are no TV shows about that. So I thought we should do one!

So what it is like being alive in Oslo?

It’s not too bad. We have the luxury of having existentialism as one of our main issues. But that can be hard too. I mean, I’m very thankful to be Norwegian. Growing is hard no matter where you live, I guess.

Is there anything specific to Norway that British audiences won’t get?

How old are you?

Thanks! But I was 23 when I pitched the show…

Well, I guess as long as you feel like sort of a failure, it’s the same at any point… (laughs)

It is nice to see characters who are failures on screen…

All three of the main ones are pretty much failing!

How close is this to your life?

Erm, well the pitch was ‘This is based sort of on my life and on the life of people around me’. I write what I know. The premise of me going to the States and coming back and not being able to get my visa is all true. That all actually happened. I did go to LA and I started doing stand-up and I thought I would just renew my visa and I would go back, but they said you’re not married, you don’t have any children, you don’t have any savings, you’re a freelancer, there’s nothing really for you in Norway, so we figure you want to stay illegally in the States and not go back, because we can’t see why you would want to go back! I thought that was pretty sad and funny, so why not write something about that?

Does that mean you have dressed up as Bob the Builder?

No. But I have dressed as a carrot…

Oh, it takes skill. You need at least three years’ experience at acting school to really get into the character of a carrot and sink your teeth into it. They’re pretty deep… 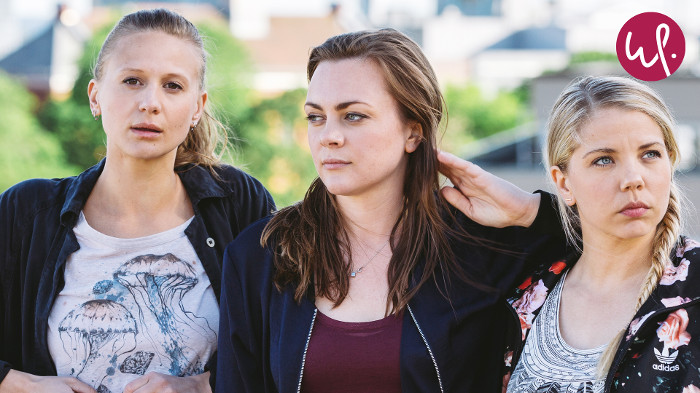 “I don’t think my project would’ve been possible, if I couldn’t say ‘Look at Girls and what they’re doing'”

Is it harder to write something when it’s closer to your life?

I thought it was a good compass for what I wanted to tell, for the kind of stories I wanted to tell, and Season 1 was definitely premised on me and my close friends and our experiences, but once the characters started living their own lives, we sort of moved away from what’s real. That was sort of like a good starting point. Now, it’s more of a classic dramedy, I guess.

The other main actresses are also great – how easy was it to cast them, given you knew you would be part of that central trio?

I actually based the two characters on the two people who play them. None of us were famous at all, so we all had nothing going. So we had to do a pilot to prove that we could actually, in fact, act! And normally, you wouldn’t get a project going with no famous people whatsoever. For NRK to go with three main characters who were totally unknown is really rare, which I think is why it made a splash when it came out.

You’ve been described a lot as “Lena Dunham’s Girls but in Norway”. How do you feel about that?

Sadly, there’s no other porject to compare us too! Which is sad. I love Girls and think it’s a great show, but I don’t think necessarily my project would’ve been possible to do, had it not been for the fact that I could say ‘Look at Girls and what they’re doing’, so I’m forever thankful for that. But I hope people aren’t expecting the same show, because we’re not doing a Norwegian version of that show. It’s a little different.

Did you ever expect to find an audience overseas?

No way! We were told ‘Oh this is such a cute project and we’re happy to do it, but don’t expect anyone to watch it… it’s very niche and it’s about girls, so nobody’s gonna watch it except for girls your age’ (Laughs) So we were totally unprepared for anyone liking it at all! Except for our mums! So it was really nice when more people seemed to like it.

Do you get much British TV in Norway?

We do get an abundance of American shows, more so than the British ones. I feel like we also get crime from you guys, which we already have enough of! But sure, yeah, they’re really popular. Lately, I’ve seen a bunch of British shows on Netflix, which I thought were really good. Like, British comedies.

Have you got Fleabag?

We do on Netflix. It’s so great!

With streaming services getting bigger, do you think it’d be easier to get Young and Promising off the ground now, compared to five years ago?

I think definitely in the last couple of years people started to realise they want original content that might separate itself from the mainstream shows. Which is totally different to what the channels used to watch. But now, it’s not only channels ordering content. It’s streaming sites, and they want something for everyone, I guess. Niche has gone from something that was terrible in TV to something’s that good! People are looking for it now and are looking for original voices, I think. Now is a good time for anyone to pitch their weird, little ideas!

So you’re a fan of streaming services in general?

I very much am! I just love watching TV way too much. Way, way too much. I also like bingeing it, which you can do when it’s streaming. And also no commercials.

What was the last thing you saw?

I just finished the new season of Orange Is the New Black. And I’m super looking forward to BoJack Horseman Season 4 this summer! It’s so good, it only gets better. Also, Happy Valley, that was good. That was really good. So dark! So depressing! But good, very good.

You’re already on Season 3 of Young and Promising. How is it going?

We actually just wrapped two weeks ago, so it feels really close still! I have no idea what it’s going to turn out to be. But I’m really looking forward to getting into editing and hopefully, I think, we made some really good stories. I dunno. I feel like we try and push the limits of what our show can be.

Although, obviously, everyone dies

Yep, that’s kinda a spoiler for you!

Young and Promising Season 1 to 3 are available on All 4’s Walter Presents. 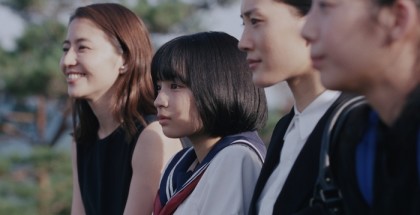 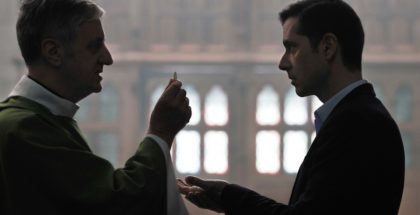 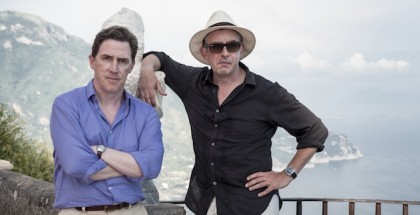 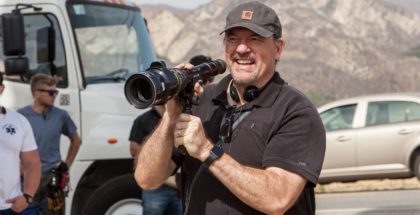