New trailer for Netflix's Brahman Naman | VODzilla.co | Where to watch online in UK 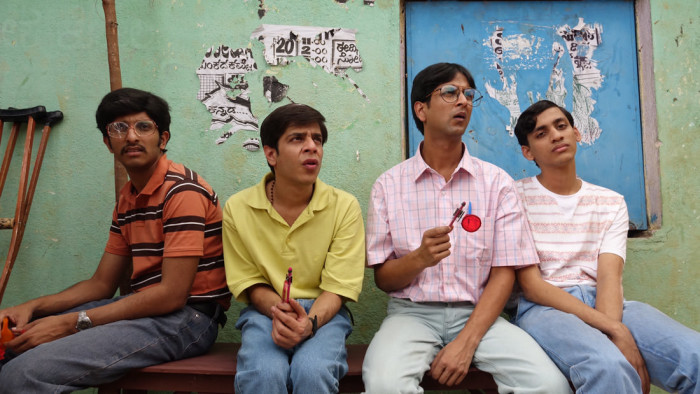 Netflix has unveiled the new, full trailer for Brahman Naman.

The movie, which was bought by the streaming giant at Sundance earlier this year, has its European Premiere at the Edinburgh International Film Festival, before landing on Netflix worldwide on 7th July.

Set in Bangalore in the 1980s, the coming-of-age comedy follows Naman, a high school quiz champ, who leads his hopelessly nerdy friends on a trip to Calcutta for a major college quiz. Young, smart and full of heart, the trio are determined to win the top prize – and lose their virginity along the way.

The film, which premiered at the Sundance Film Festival, was snapped up by the VOD giant following its successful debut.

Set in Bangalore in the 1980s, Brahman Naman follows the exploits of Naman, a quick witted, high school quiz champ who leads his hopelessly nerdy friends on a trip to Calcutta to win a major college prize – and lose their virginity.

Shashank Arora stars as Naman, with Tanmay Dhanania and Chaitanya Varad as his sidekicks. It is written by Naman Ramachandran, produced by Steve Barron and Celine Loop, and directed by leading Indian indie director, Q.

“Brahman Naman is Indian cinema at its boldest: fast, furious and raucously funny,” said Ted Sarandos, Chief Content Officer at Netflix, after acquiring the movie. “It’s a movie that will delight adolescents of all ages, and we’re excited to bring this hilarious tale to our members around the world.”

The movie is released on 7th July exclusively on Netflix.