Neil Gaiman fans are in for a treat this week, as a new seres based on the author’s short stories lands on UK TV.

Likely Stories is a four-part anthology of some of Gaiman’s short works, directed by Iain Forsyth and Jane Pollard and starring a cast that includes Tom Hughes, Johnny Vegas, George MacKay, Rita Tushingham and Kenneth Cranham.

The show is an original British drama commission for Sky Arts and will be broadcast in two instalments, each one comprising two stories.

Neil Gaiman said when the programme was first announced: “Short stories traditionally do not get a lot of love from television. I’m really excited to see what the team are going to do and make with Likely Stories -they’ve given it real thought and it feels like it’s going to be something very, very special.”

The collection kicks off at 9pm on Sky Arts on Thursday 26th May with Foreign Parts, a story of identity, and the ghostly tales of Feeders & Eaters. The compendium will conclude on Thursday 2nd June with Closing Time and the life-spanning story Looking For The Girl.

The first three are written by Kevin Lehane (Grabbers), with the final story adapted by directors Forsyth and Jane, the duo responsible for the multi award winning critically acclaimed Nick Cave film 20,000 Days on Earth.

Set in London, the four tales promise to be characteristically dark and strange, while also drawing on the deftly crafted characters’ human warmth and wit and lurking in Gaiman’s world of reality and fantasy. The author himself will appear in each film in an unusual way, with subtle nods to his wider work that Gaiman super-fans will be able to spot. And, just to tip things into full weird territory, the directors have also attracted iconic Pulp frontman and solo artist Jarvis Cocker to create the score for all four stories.

Sally Woodward Gentle, executive producer and CEO of producer Sid Gentle Films, comments: “Likely Stories is like nothing else on TV, these utterly unique stories demand visual adaptations and we are delighted to be bringing them to Sky Arts. Each film, although self-contained, explores common themes of human consumption, destructive obsession and psychological cannibalism – all told with great humour, humanity and a completely astounding musical score.”

The programme will be available to watch live online on Sky Go, with each episode available to catch up on-demand after their broadcast. For non-Sky customers, viewers can watch online live and on-demand through NOW TV, as part of a £7.99 monthly subscription, with no contract. For more information, click here – or to get a taste of what’s in store, read on for a trailer – and, of course, watch this space for our review… 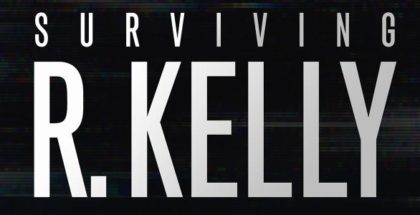