Supergirl unveils Superman ahead of Season 2 | Where to watch online in UK | How to stream legally | When it is available on digital | VODzilla.co

Supergirl unveils Superman ahead of Season 2 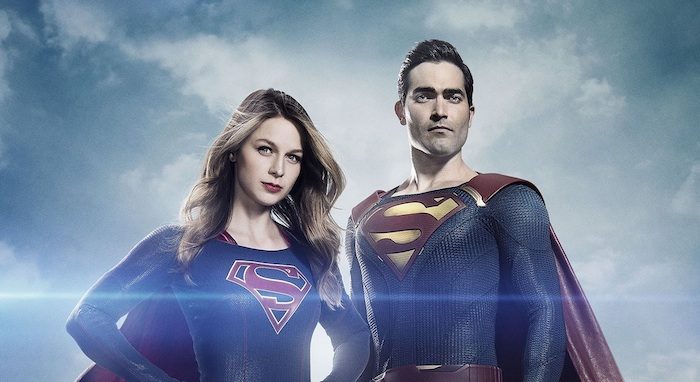 Supergirl has unveiled its first photo of Tyler Hoechlin as Superman.

Yes, the Man of Steel himself, and Kara’s cousin, will finally appear on screen in Season 2 of The CW’s series, after countless glimpses of his shoes, cape and even his text messages.

The first photo of Hoechlin in his costume, follows his appearance at The CW’s Comic-Con panel last weekend, where the actor (known for his role of Derek in MTV’s Teen Wolf series and playing Michael Sullivan Jr. in Road to Perdition) stole the show.

“Definitely incredibly surreal,” new cast member Tyler Hoechlin said of landing the iconic role. “I know the character represents so much to so many people.”

“I was with a friend with his mom and his boyfriend. He came up to me and said, ‘I had to shake Superman’s hand,'” he added. “This not a generational thing. This is something that’s spread across so much time. There’s a responsibility to this character.”

Reaction to his costume has been mixed online, with his red cape attached to the body with gold bands and no sign of the traditional red undies.

What everyone’s in agreement on, though, is that Melissa Benoist was fantastic in Season 1 as Supe’s cousin.

“After her scene-stealing turn as the kind but crumpled girlfriend in Whiplash, she steps into the spotlight with a winning blend of vulnerable goofiness and charming self-belief,” we wrote in our review of Season 1, which has just been released on DVD and Blu-ray in the UK, and is also available to stream. “You’ll laugh with her as much as you cheer her on – an essential power for any hero to have.”

Supergirl will fly back onto UK screens later this year on Sky 1, following its October premiere in the US. For more on the show, including how to catch up, click here.