This week's new releases on BFI Player+ (30th July) | Where to watch online in UK | How to stream legally | When it is available on digital | VODzilla.co

Every Friday, Mark Kermode highlights one of the collection’s titles with a video introduction. This week, it’s The Ipcress File. Sidney J. Furie’s 1965 spy thriller deftly subverts any conventions established by the burgeoning 007 franchise, jauntily swaying from Harry Palmer frying eggs to mind-bending hypnosis, all the while accompanied by John Barry’s irresistibly cool score.

Mark Kermode praises the film for providing a tougher, grittier alternative to the flashier thrills of James Bond, which he suggests contributes to its enduring reputation.

Alex Cox adapts Jorge Luis Borges’ short story for the screen in this 1996 dystopian film, set in a nightmare city inhabited only by criminals, where a gifted detective investigates a series of strange murders.

Not to be confused with Alfred Hitchcock’s take on Joseph Conrad’s The Secret Agent (1936’s Sabotage), this film, released in the same year, follows John Gielgud’s Edgar Brodie, who fakes his death to trail a German spy. Peter Lorre inevitably walks away with the whole show as the villain.

Michael Gothard stars in this 1967 film about a young poet who hires a marketing company to turn his suicide into a mass-media event. The very first feature to be funded by the BFI and the screen debut of Helen Mirren.

Complete and uncut, this gay cinema landmark from the early 70s enters the narcissistic daydreams of a boy prostitute.

The Machine that Kills Bad People

Rosselini’s 1952 movie, a fantastical comedy about morals, corruption and a magical camera that kills people, is a bizarre and likeable piece.

Deadlier than the Male

Elke Sommer and Sylva Koscina’s female assassins give this 1966 film its title, as the deadly duo are investigated by Bulldog Drummond, a spy-like character from the 1920s and 1930s who was revived in the wake of the success of James Bond.

Supergirl unveils Superman ahead of Season 2 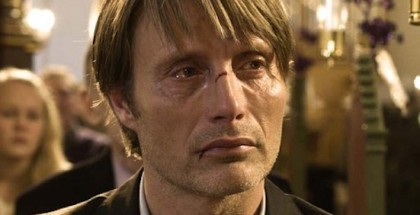