Sky Store introduces buy to keep movie downloads… and DVDs by post? | VODzilla.co | Where to watch online in UK

Sky Store today launches a buy to keep service that allows customers to download movies as well as renting them.

We reported last month that the broadcaster was planning to add the function to its previously rent-only VOD shop, but now Sky has officially confirmed that the digital film store is on the way in the coming weeks.

Sky customers will have access to the library directly on their TV via their Sky+HD box letting them buy, watch and keep many of the latest and best movies as soon as they’re released as well as some classics – an ease of use that the company will be hoping gives it a significant advantage over established pay-per-view rivals, such as Tesco’s blinkbox and Film4oD.

Indeed, there are now 4.4 million customers connected to a Sky+HD box in th eUK, while Sky customers already account for around half of all DVD and Blu-ray purchases in the UK.

Sky is going one step further, though, to top its competition. In an unusual concession to the permanent nature of physical media over the theoretically temporary rights of VOD “ownership”, Sky will also send a DVD copy of purchased titles to customers.

Sky Store’s “Buy & Keep” offers brand new movies at the same time as their DVD release, with many titles available for digital early release. Once people have selected the movie they want to buy, it is saved straight to their Sky+HD box and is available to watch in minutes. Pricing at will range from £7.99 to £13.99.

Buy & Keep will launch with hundreds of titles, including Warner Bros’ epic adventure and box office hit The Hobbit: The Desolation of Smaug, which is releasd on Monday 7th April, as well movies such as About Time, Life of Pi, The Wolverine and other titles from 20th Century Fox and NBCUniversal.

Martin Scorsese’s The Wolf of Wall Street, The Secret Life of Walter Mitty, Mandela and Lone Survivor are on the way soon.

Viewers will have the flexibilty of being able to watch the title through their Sky account, even if they move house or change Sky boxes – and the ability to watch it on disc too. As the service is further enhanced over the next year, customers will also be able to access the movies they’ve bought via tablets and smartphones. In the future, Sky plans to add TV box sets too. Once the service has built up an audience of existing Sky customers, the broadcaster will then set its sights on its rivals’ customers, rolling out the service to anyone who does not yet have Sky TV through www.skystore.com.

Will its bizarre combination of DVD and digital releasing give it the edge in an increasingly crowded market? And in an age where high-definition downloads and discs are becoming increasingly standard, can not offering Blu-rays cut it?

Ian Lewis, Director of Sky Movies and Acquisitions, says: “We know [Sky customers] love owning movies. With Sky Store Buy & Keep we’re now offering our customers yet another way to enjoy the best in movies. So whether it’s subscribing to Sky Movies or renting or buying through Sky Store, our customers have access to movies on their terms.” 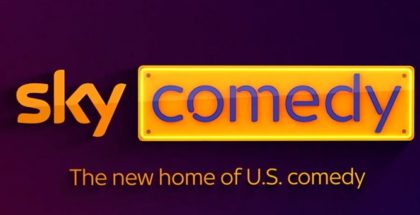