Sky Kids now allows you to download children's TV shows | Where to watch online in UK | How to stream legally | When it is available on digital | VODzilla.co

You can now download shows from Sky Kids to watch offline.

Yes, parents, your prayers have been answered: those long car journeys and plane rides this summer, as you get away for a few weeks, can now be filled with kids’ programmes for your young ‘uns, without the need to fork out for crazily priced mobile data. The only catch is that you need to be a Sky customer.

For those that are, however, Sky’s dedicated app for smaller users – included free with a Sky Family or Variety bundle, or Sky Q package – has certainly proven popular since its launch a couple of months ago.

“We’ve been really pleased with the response to the app from customers and their kids since it launched earlier this year,” says Lucy Murphy, Head of Kids Content. “We’ve seen hundreds of thousands of households download the app, streaming over 15 million episodes so far. ”

Now, customers with Sky Go Extra, Sky Multiscreen or a Sky Q subscription can download kids’ shows to keep and watch offline later. Downloads are available over Wi-Fi only and remain on your Android or iOS device for up to 30 days – although once a show has been started, it must be watched within 48 hours before it is automatically removed.

Shows you choose from include Paw Patrol, Ben and Holly’s Little Kingdom and Adventure Time, with Sky originals on the way later this year, including new episodes of Morph and child-friendly versions of Duck Quacks Don’t Echo and Big Cats.

Parents can also stop their children from watching too much this holiday, with a new Sleep Mode, which lets them choose how much screentime their child can have, with individual time limits available for different users. In Sleep Mode, kids get a five-minute warning that it’s time to stop and then their selected Sky Buddy appears and goes to sleep until it’s time to wake up. 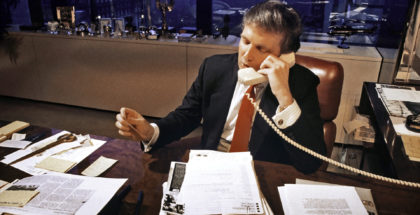