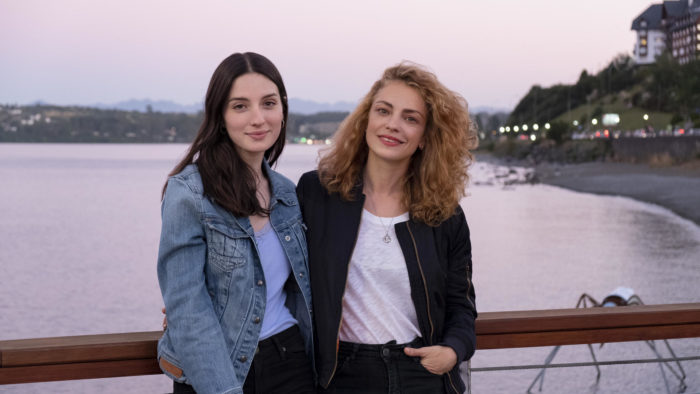 “Distancia de rescate is a nightmare come true, a ghost story for the real word, an inquisitive tale and a love story” says Claudia Llosa.

The film is set in a quiet rural community in Argentina, and explores the fears around maternity from the perspective of the main characters Amanda (María Valverde) and Carola (Dolores Fonzi). It follows a young woman named Amanda, who lies in pain, as a young adolescent named David questions her urgently, forcing her to unravel the truth of what happened to her. She isn’t his mother nor is he her son. Together, they will reveal a disturbing, evocative story about broken souls, a lurking, invisible terror, and the fragile threads that connect parents and children.

“I’m very excited about this project. Distancia de rescate is a brilliant and complex novel. The universe that Claudia wants to create from it makes this project a vital necessity” says María Valverde.

“I greatly admire Claudia Llosa and am very happy to work with her in the novel by Samanta Schweblin. The story, as well as the production itself, is a wonderful testimony to the power of women” adds Dolores Fonzi.

“I feel incredibly lucky to have found the perfect collaborators in Maria and Dolores to help bring Samanta’s complex characters to life. Thanks to our amazing international cast, crew and partners, and the spectacular landscapes where we are shooting, I could not be more excited to make this film” concludes Claudia Llosa.

The film will be produced by Oscar and Emmy winner Mark Johnson (Rain Man, Bugsy, Breaking Bad) and Tom Williams for Johnson’s Gran Via Productions. Executive producers include Sandra Hermida (Spain) and Ken Meyer (USA). In addition, the shooting in Chile will work in conjunction with Juan de Dios and Pablo Larrain’s Fabula Productions of Santiago, winner of the foreign-language Oscar for A Fantastic Woman. Spanish assistance will be provided by José María and Miguel Morales of Wanda Films.

The production has the support of the Chilean government agency CORFO through the program for Audiovisual Investment of High Impact fund, a reimbursement of up to 30% of qualified spend in the country.