Trailer: Soderbergh's The Laundromat set for UK cinema release this September | Where to watch online in UK | How to stream legally | When it is available on digital | VODzilla.co

Steven Soderbergh’s The Laundromat will be released in UK cinemas this September by Netflix, and now, we have our first look at what the Ocean’s Eleven director has in Store.

The film boasts a typically starry cast, led by Meryl Streep, Gary Oldman and Antonio Banderas. Streep plays Ellen Martin, who, when her idyllic vacation takes an unthinkable turn, begins investigating a fake insurance policy, only to find herself down a rabbit hole of questionable dealings that can be linked to a Panama City law firm and its vested interest in helping the world’s wealthiest citizens amass even larger fortunes. The charming — and very well-dressed — founding partners Jürgen Mossack (Oldman) and Ramón Fonseca (Banderas) are experts in the seductive ways shell companies and offshore accounts help the rich and powerful prosper. They are about to show us that Ellen’s predicament only hints at the tax evasion, bribery and other illicit absurdities that the super wealthy indulge in to support the world’s corrupt financial system.

Zipping through a kaleidoscope of detours in China, Mexico, Africa (via Los Angeles) and the Caribbean en route to 2016’s Panama Papers publication — where journalists revealed the secret, leaked documents of Mossack Fonseca’s high-profile patrons — The Laundromat is written by Scott Z. Burns (The Informant!) and based on Secrecy World by Pulitzer Prize-winning investigative reporter Jake Bernstein.

You can see them all in action on select big screens in the UK on 27th September, and on Netflix from 18th October.

Netflix has signed on to Steven Soderbergh’s The Panama Papers movie, The Laundromat.

The story of thousands of secret bank accounts, a long list of the rich and powerful, and an insane accumulation of wealth hiding in plain sight, gripped the world back in 2016, when German investigative journalists Frederik Obermaier and Bastian Obermayer broke the story and led the team that uncovered The Panama Papers. Netflix snapped up the rights to the duo’s book two years ago, looking to adapt the film for the screen. At the same time, Steven Soderbergh was reportedly looking to produce and direct his own film about the Panama Papers. Now, Netflix has signed on to finance and distribute that project.

Called The Laundromat, the film is based on Secrecy World: Inside the Panama Papers Investigation of Illicit Money Networks and the Global Elite, a book written by Jake Bernstein. The film will be produced by Lawrence Grey, Gregory Jacobs, Michael Sugar, Burns and Topic Studios, with Douglas Urbanski on board as exec producer. It will be directed by Soderbergh, with Scott Z. Burns writing the script.

Netflix’s involvement arrives just as Soderbergh assembles a cast for the film, with David Schwimmer joining an ensemble that includes Meryl Streep, Gary Oldman and Antonio Banderas. Other stars in talks to star include Will Forte and Riley Keough.

Schwimmer will play Matthew Quirk, an attorney who represents one of the insurance companies, after 20 elderly passengers die on a boating trip and the boating company in question discovers that its insurance company is actually just a PO box in Nevis. That leads an investigation to track down such shell companies, which, in turn, lead to the Panama-based law firm Mossack Fonseca, which created thousands of these shell companies to help rich people avoid paying taxes.

The film joins a formidable Netflix slate, as the streaming giant’s original movie arm steps up its clout, with both Alfonso Cuaron’s Roma (read our review here) and The Coen brothers’ The Ballad of Buster Scruggs (read our review here) arriving on screens this winter, ahead of the Oscars. With Martin Scorsese’s The Irishman also in the pipeline, alongside Michael Bay’s 6 Underground, starring Ryan Reynolds, Netflix’s feature film production is becoming to look more and more like an established studio.

Nicholas Gleaves to hypnotise as the new Demon Headmaster 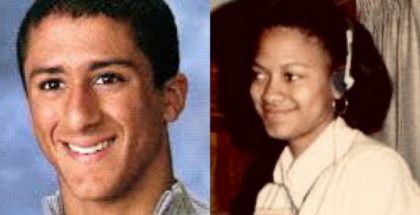