Netflix plans price rise for new subscribers as global membership grows | Where to watch online in UK | How to stream legally | When it is available on digital | VODzilla.co

Netflix is planning to raise prices for new subscribers in the next three months.

The Internet TV service confirmed its plans as part of its latest quarterly financial report. Netflix has already tried out increasing membership fees in Ireland: in January, prices climbed from €6.99 to €7.99, which it says had “limited impact” on the business.

In the US, the monthly subscription is currently $7.99, while in the UK, it is £5.99. The company’s plan is a “one or two dollar” increase, depending on the country, at some point in the near future. The new prices will only apply to new members, with existing customers having their current price frozen for a “generous time period” – to give you an idea of what they mean by that, in Ireland, members had their subscription rate frozen for two years.

The price increase will help Netflix to “acquire more content and deliver an even better streaming experience”, the company said.

Indeed, Netflix has taken big steps with both in recent months. House of Cards Season 2 launched in the first quarter of 2014 and enjoyed “a huge audience that would make any cable or broadcast network happy”, while one of several Original documentary acquisitions – The Square – won an Oscar nomination. The company is also introducing 4K streaming, which is currently available for House of Cards Season 2 and multiple nature documentaries; an upgrade that, as Ultra HD TV sets become less expensive, Netflix expects to become more important.

Customers are certainly being won over by the combined package: Netflix now has over 48 million members worldwide. The number of members in the US grew by 2.25 million in the first three months of 2014 to a total of 35.7 million, while international membership jumped 1.75 million to 12.7 million.

Rapid growth overseas continues to be target for Netflix this year, with membership expected to climb 50 per cent year-on-year, despite headwinds from the World Cup. That expansion remains an obstacle to the company’s profits. This year, though, they expect their international segment to become profitable for the first time. Indeed, international contribution losses shrank by $22 million quarter-on-quarter, driven by growth in paid members. Overall, Netflix enjoyed revenue of $1 billion in the first three months of 2014. However, the planned move into new European markets this year will keep Netflix’s international arm running at a net loss.

The only other option for Netflix to significantly boost its income, then, is to rise prices – the decision to freeze existing subscribers’ tariffs is a smart move to prevent alienating its audience, while focusing on attracting new (more profitable) people.

Netflix: HBO, not Amazon, is our main rival

Content, Netflix implies, is where the majority of its money is being spent.

“There’s never been a more robust market for quality serialized television,” reads the letter to the company’s shareholders, which cites HBO as its main contender, rather than Amazon. Indeed, the rebrand of LOVEFiLM appears not to be a concern for them.

“Since much of the content on Netflix and Amazon Prime (as well as Hulu in the U.S.) is mutually exclusive, many consumers see value in subscribing to all three networks,” the letter adds.

With content a key part in what attracts people to each service, Netflix’s report heavily emphasises its upcoming line-up of shows. From Marvel’s Daredevil series in 2015 to the recently commissioned Narcos and, in the short term, Hemlock Grove Season 2, the final six episodes of The Killing and Orange Is the New Black Season 2, the future is certainly looking bright.

Will of that be enough to win over new customers and stop existing ones worrying about future price hikes? The positive figures from the last three months suggest that it will be.

Joss Whedon’s In Your Eyes gets global VOD release 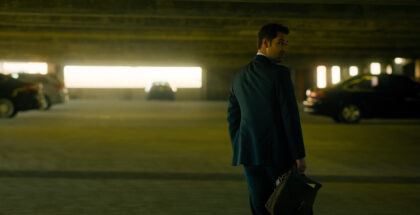