Watch: Netflix drops trailer for Altered Carbon: Resleeved | Where to watch online in UK | How to stream legally | VODzilla.co

“In the 21st century, human consciousness was digitised…” That’s the sound of the Altered Carbon universe being rebooted as a new anime series.

Altered Carbon: Resleeved is set within the same world as the Netflix live-action series, which recently dropped its second season. Penned by Cowboy Bebop writer Dai Sato, it dives further into the mythology of Richard K. Morgan’s original cyberpunk novels. It takes us to Planet Latimer, where everything is temporary, but honour is forever – an environment that spells trouble for Takeshi Kovacs and a young tattoo artist caught up with the yakuza.

Altered Carbon: Resleeved is available on Netflix UK, as part of an £9.99 monthly subscription.

The world of Altered Carbon is getting re-sleeved this March with a new anime series – and we’ve got our first look at what the show will look like.

From Cowboy Bebop writer Dai Sato, Netflix’s anime will sit alongside the live-action programme and dive further into the story’s universe and mythology, based on Richard K. Morgan’s cyberpunk novels. The project was announced back in 2018, but there have been no details released so far, apart from the involvement of Sato.

His name will hopefully be enough to pique the interest of anime lovers alike, even as the first images suggest that the show will employ the controversial 3D CGI style that has already seen Netflix’s new Ghost in the Shell anime draw criticism.

Altered Carbon fans, though, should be happy, with Netflix promising “even more action, mystery, and cyberpunk goodness than ever before”.

Altered Carbon: Resleeved premieres on Netflix on 19th March, only a few weeks after the live-action series drops its second season. You can watch the trailer for that here. 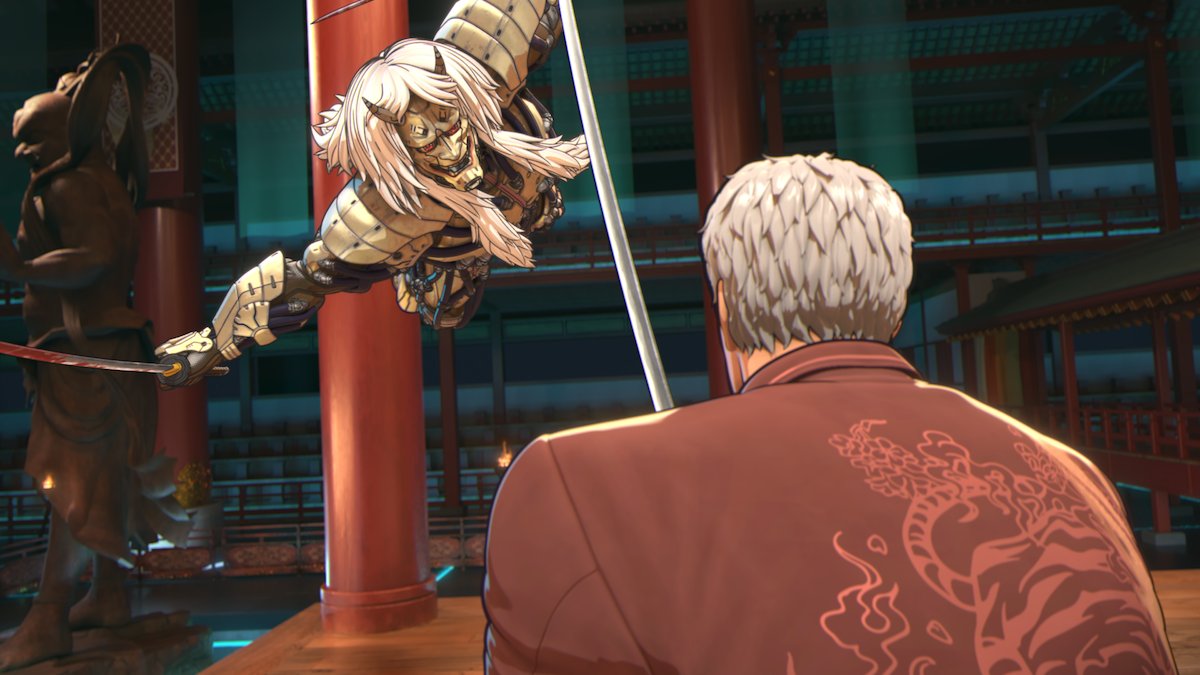 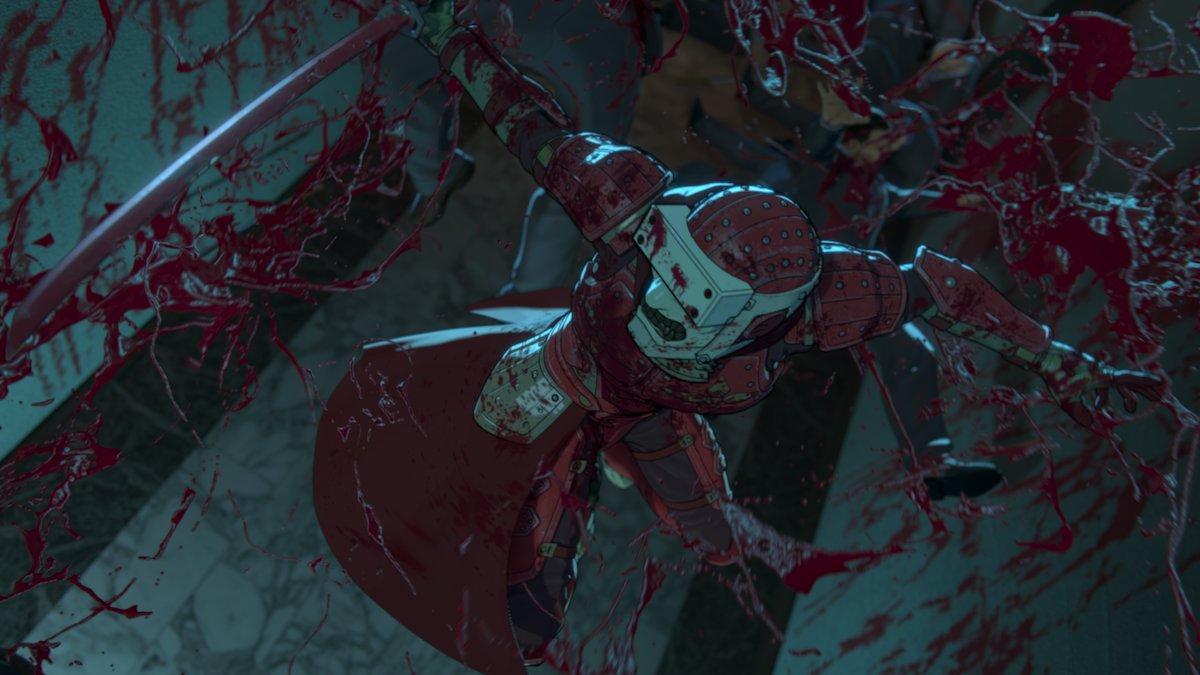 Netflix is working on a Pacific Rim and Altered Carbon anime series.

The streaming giant has announced a wave of new content at its first See What’s Next showcase event to be held in Asia, with a slew of projects commissioned from creators in Japan, Taiwan, Thailand and South Korea.

Netflix has increasingly invested in Korean productions, in particular, providing a global platform for series and films that often would go unseen in countries such as the UK and USA. Indian shows such as Sacred Games and Ghoul, Japanese anime Devilman Crybaby and more are all part of that push, with 100 new and returning originals lined up across eight countries in Asia in the coming year, both tapping into storytellers across the continent and reinforcing Netflix’s appeal to those audiences.

“Asia is home to the world’s great creative centers producing some of the most compelling films and series of today,” said Ted Sarandos, chief content officer for Netflix, at the event. “The beauty of Netflix is that we can take never-seen before stories from South Korea, Thailand, Japan, India, Taiwan or elsewhere, and easily connect them to people all over Asia and the world. More than half of Asian content hours viewed on Netflix this year are viewed outside the region, so we have confidence that our upcoming slate of Asian productions will find fans in their home countries and abroad.”

Two of the most exciting projects are animes based on existing franchises. One of them is from its own original show, Altered Carbon, which will soon return for Season 2 with a recast central role. From Cowboy Bebop writer Dai Sato, Netflix’s anime will sit alongside the live-action programme and dive further into the story’s universe and mythology, based on Richard K. Morgan’s cyberpunk novels. Pacific Rim, meanwhile, will also get an anime series. Such a project has been mooted by Guillermo del Toro ever since the sequel first got commissioned in 2014. Four years later, there’s finally word on an anime spin-off, with Craig Kyle (Thor: Ragnarok) and Greg Johnson (X-Men: Evolution) creating a series that will follow two teenagers who take control of an abandoned Jaeger.

Others include a post-apocalyptic anime from Gonzo (Afro Samurai) called Cagaster, Trese, a supernatural series rooted in Philippine folklore, and a Japanese series, Yasuke, starring Lakeith Stanfield (Sorry to Bother You).

Returning to the epic battle of Kaiju and Jeagers, this original anime series will expand upon the story of the first two live action movies and follow two siblings — an idealistic teenage boy and his naïve younger sister — who are forced to pilot an abandoned Jaeger across a hostile landscape in a desperate attempt to find their missing parents. Co-showrunners: Craig Kyle (Thor: Ragnarok) and Greg Johnson (X-Men: Evolution). Production Company: Legendary Entertainment (Kong: Skull Island; Pokemon: Detective Pikachu).

Cagaster of an Insect Cage

In a war-torn feudal Japan of mechs and magic, a retired ronin must take up his sword when he is charged with the task of transporting a mysterious child who dark forces want to eliminate. Created & Directed by LeSean Thomas (The Boondocks, Cannon Busters), who is also serving as Executive Producer. Grammy nominee Flying Lotus will compose the music and be an Executive Producer on the show. Lakeith Stanfield (Atlanta, Sorry to Bother You) will be the voice of the protagonist “Yasuke” (based on the historical samurai of African origin who fought with Oda Nobunaga). Animation Studio: MAPPA (Yuri On Ice, Kakegurui).

Set in a Manila where the mythical creatures of Philippine folklore live in hiding amongst humans, Alexandra Trese finds herself going head to head with a criminal underworld comprised of malevolent supernatural beings. This anime series is based on the Philippine graphic novel by the same name, created by Budjette Tan and Kajo Baldissimo. Executive Producer: Jay Oliva (Wonder Woman, The Legend of Korra). Produced By: Shanty Harmayn and Tanya Yuson at BASE Entertainment, a studio based in Jakarta and Singapore.

18 year old Kraam survives a devastating tsunami along with thirty-six of his fellow students at an elite private high school on a remote island in the Andaman Sea. As mysterious events start happening on the island, it quickly becomes clear that no one is coming to rescue them and Kraam must lead the students to rescue themselves. Director: Sophon Sakdaphisit. Production companies: GMM Grammy (this will be the first Netflix original series since the GMM Grammy multi-title deal) & H2L Media Group. Executive Producers: Ekachai Uekrongtham, Gary Levinsohn, Steven Sims, Billy Hines, Christian Durso.

A drama series about five teenagers at an isolated school in Northern Thailand. Over a school break, they find themselves haunted by the ghosts of their pasts, only to discover they are threatened by a much more terrifying mystery. Directors: Wisit Sasanatieng and Sittisiri Mongkolsiri.

A Taiwanese original series. Growing up in the shadow of her Triad father, Angie craves an independent life of her own. Defying her father’s wishes, she takes on a gig as an undercover bodyguard for a famous actress at an agency, where she must navigate the unfamiliar world of glitz, glamour and even love. Key Cast: Eugenie Liu and Jasper Liu. Director: Neal Wu; Production Companies: MM2 and Goodfilms Workshop. 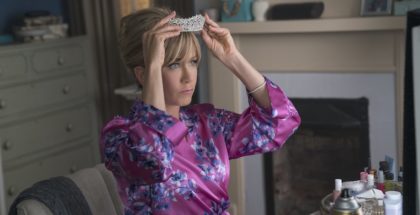