Netflix has lost a number of US subscribers following a hike in its monthly prices.

The streaming giant announced its latest quarterly figures last night, and they made for surprising reading: Netflix recorded its first notable loss in domestic subscribers, with 126,000 paid subscribers lost compared with expectations of a 352,000 increase. Internationally, too, the figures underperformed, with 2.7 million subscribers added, substantially lower than the 5 million forecast. Share prices fell on the news of the slowdown in growth, which is Netflix’s key metric to assess its success in a competitive landscape.

Netflix dismissed the threat of competition, as there “wasn’t a material change in the competitive landscape” in Q2 2019, but did note that their missed forecasts were “slightly more so in regions with price increases”. CEO Reed Hastings also suggested that its content slate did not drive as much growth as expected, and that Q1’s strong growth in subscribers may have pulled forward a number of new subscribers from Q2.

“We think the primary story was around seasonality and timing and nature of our content slate, but pricing played a factor,” said Spencer Adam Neumann, Chief Financial Officer in an earnings call yesterday.

Hastings and other top Netflix brass also highlighted the potential for the streamer to grow in international markets. Indeed, the figures primarily highlight a threat in the USA, where the eventual loss of shows such as Friends and The Office (the latter is available on Amazon Prime in the UK) will be keenly felt by domestic audiences, when rival subscription services from Warner and NBC launch. Netflix, however, is investing heavily in its own original productions, hoping to build up enough library of its own content (that is cheaper to produce than license from third parties, especially when streaming globally) to balance out any drop in programming.

To prepare for that, the streaming giant has also begun emphasising viewing figures for its own shows and films, as it tries to establish Netflix Originals as a recognised brand. The emphasis, therefore, was original on Stranger Things in Netflix’s statement to investors, noting that Season 3 is doing well and that “the first two weeks of Q3 are strong”. The upcoming quarter also includes Money Heist Part 3, The Crown Season 3 and the final season of Orange Is the New Black, as well as films such as The Irishman (Martin Scorsese) and 6 Underground (Michael Bay).

“While our US paid membership was essentially flat in Q2, we expect it to return to more typical growth in Q3, and are seeing that in these early weeks of Q3,” said Hastings.

Chief Content Officer Ted Sarandos added: “I think we’ll be increasingly transparent with producers and then, over time, more and more. I really like that it’s important for us to help condition the market to understand what the viewing data is so it’s not being compared apples-to-oranges.”

“From what we’ve seen in the past when we drop strong catalog content (Starz and Epix with Sony, Disney, and Paramount films, or 2nd run series from Fox, for example) our members shift over to enjoying our other great content,” noted Hastings.

By this quarter next year, as competition grows and Netflix’s higher price becomes the norm, the figures will confirm whether that trend can win out. 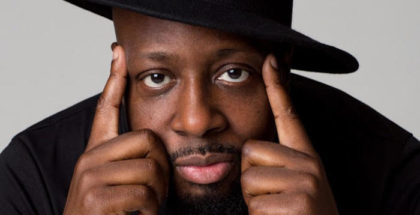