Netflix is now hiring for the world's cushiest job | Where to watch online in UK | How to stream legally | When it is available on digital | VODzilla.co

Netflix is now hiring for the world’s cushiest job

Netflix is on the lookout for new employees – and it might just be the cushiest job you’ve ever been paid to do.

You may recall a while ago that the streaming giant was hiring people to watch and then tag its TV shows and films, something that seemed like anyone’s dream job. Its latest vacancy, though, sounds even better.

The job in question is a “Grammaster”, which, if you haven’t guessed, involves using Instagram. The job title may not be one that you’d put on your CV without expecting some weird looks, but the list of responsibilities is as good as it gets: you would be required to travel Europe and the Middle East for two weeks, visiting the sets of Netflix originals and other shows and films. While there, you would have to take pictures on set to share on Instagram. That’s it.

Netflix would pay you $2,000 a week for the privilege, while also handling all travel arrangements for successful applicants.

“We’re looking for TV & movie fans with a talent for taking pictures,” explains Netflix. “Choose photos that show off your interests or passions.”

The only catch? Each of three applicants selected to be a Grammaster has to consent to the use of their name, voice, biographical information, image and/or likeness for advertising, publicity and other purposes. Then again, it’s not as if you wouldn’t be bragging about the job to all and sundry anyway.

Bling to debut exclusively on Google Play this week 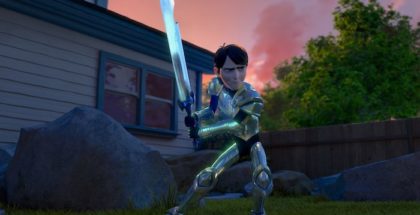