Set in a German town in the present day, the show follows the disappearance of two young children, which exposes the double lives and fractured relationships among four families. In 10 hour-long episodes, the story will take on a surprising twist that ties back to the same town in 1986.

Co-produced with Wiedemann & Berg Television, the show is created by Helmer Baran bo Odar and Jantje Friese, who previously collaborated on Who am I – No System is safe. Here, they join forces again as co-showrunners of the Dark, with Quirin Berg, Max Wiedemann and Justyna Müsch, Baran bo Odar and Jantje Friese also acting as executive producers. The director of photography is Nikolaus Summerer.

“Bo and Jantje have a great track record of creating unique and compelling thrillers, and have done so again with the creation of Dark,” says Erik Barmack, Vice President International Originals at Netflix. “We’re thrilled to have started production on our first original series produced in Germany and looking forward to seeing Bo and Jantje’s vision come to life.”

The pair are both graduates of the University of Television & Film Munich (HFF) and have been working together since Odars feature debut, The Silence (2010). Who Am I celebrated its world premiere at the International Film Festival in Toronto in 2014 and became a favourite of German viewers and cristics alike, winning three German Movie Awards and the Bambi for the best German film. Odar who was listed among the “Ten Directors to Watch” by the magazine Variety has since directed his Hollywood debut Sleepless with Oscar winner Jamie Foxx, which will be released in 2017.

“To work on an international series is an exciting and new experience for us,” they comment. “The opportunity to reach an international audience through Netflix is an incentive for us to explore German viewing habits and to push new boundaries. In doing so, we want to create a series that finds its fans both in Germany and around the world.”

Shooting on the film will continue until the end of March 2017 in locations throughout Berlin and the surrounding area. Dark will debut exclusively on Netflix in late 2017.

Frankie Boyle reunites with BBC iPlayer for US election autopsy

Things get personal in new trailer for The Crown 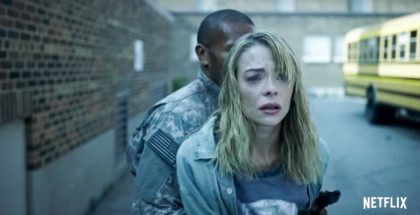 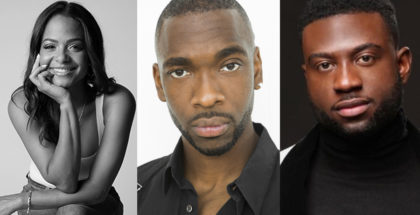