Netflix films will still be eligible for Oscars next year, after the Academy resisted pressure from the movie’s industry’s backlash against streaming services.

Netflix won big at this year’s Academy Awards and BAFTAs, thanks to Alfonso Cuaron’s Roma, and that ruffled feathers of exhibitors on both sides of the Atlantic. In the UK, Vue and Cineworld have both placed pressure on BAFTA to change its rules to make streaming-only releases, or films that aren’t released in cinemas with a traditional theatrical window, ineligible for prizes. While that debate continues, the Academy in the USA has decided not to change its eligibility criteria.

The meeting, which took place in the middle of last week, saw them change the name of the Best Foreign Language Film category to Best International Feature Film. They did not, however, alter the rules surrounding streaming titles.

“We support the theatrical experience as integral to the art of motion pictures, and this weighed heavily in our discussions,” said Academy President John Bailey in a statement.

“Our rules currently require theatrical exhibition, and also allow for a broad selection of films to be submitted for Oscars consideration,” added Bailey. “We plan to further study the profound changes occurring in our industry and continue discussions with our members about these issues.”

The rules as they stand say that a film can be eligible for Oscars if it has a minimum week-long theatrical run in a L.A. commercial cinema, with at least three screenings for paid admission on each of those seven days. They can then be released on streaming sites on or after the first day of that run without making them ineligible for awards consideration. Will the rule stand for years to come, or be subject to the kind of rapid decision-making and unmaking that gave us (and then didn’t give us) the Best Popular Film Oscar? Stay tuned as the debate continues.

Go behind the scenes of The Robinsons’ family trip with new Lost in Space ... March 14, 2018 | Staff Reporter 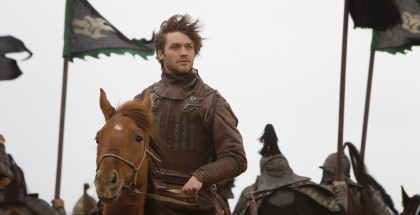