Marvel cancels Howard the Duck and Tigra & Dazzler series | VODzilla.co | Where to watch online in UK | How to stream 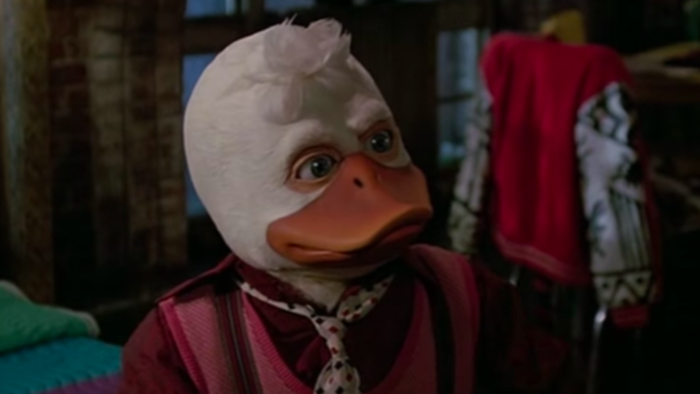 Marvel has cancelled its planned Hulu series Howard the Duck and Tigra & Dazzler.

The projects, which were announced almost a year ago, were two of a new quartet of animated shows, designed to build to a crossover event series, The Offenders: Howard the Duck, overseen by Kevin Smith and Dave Willis, Tigra & Dazzler Show, co-written by Chelsea Handler and Erica Rivinoja, Hit-Monkey, brought to life by Josh Gordon and Will Speck, and M.O.D.O.K., shepherded to the screen by Patton Oswalt and Jordan Blum.

Now, Variety has confirmed that two of them have been scrapped, which means that The Offenders is also off the table, although Hit-Monkey and M.O.D.O.K are reportedly still in the works.

A source told the trade that Marvel made the call to cancel the series. Tigra & Dazzler’s cancellation comes as no surprise, after Erica Rivinoja and the writers departed over creative differences. With Hulu’s live-action Ghost Rider series also scrapped, and with Hulu’s Runaways also airing its final season at present, it’s clear that Marvel is not about to reverse its trend for shutting down projects in works at other streamers or broadcasters.

Indeed, Marvel TV is on the way out, with Jeph Loeb, who was going to oversee The Offenders and also stewarded The Defenders at Netflix and ABC’s Agents of SHIELD, departing so that all of Marvel’s TV shows can be taken under the wing of Marvel creative chief Kevin Feige. Not that there are many left: the only remaining legacy Marvel show is Agents of SHIELD, which will air its final season this year, although Helstrom remains in the works.

Marvel is now focusing its efforts on its Disney+ series, including Falcon & Winter Soldier, Loki and WandaVision.

Marvel fans may get a case streaming deja vu very soon, as the comics titan and VOD service Hulu have inked a deal to release a string of new superhero series. Howard the Duck will lead a new quartet of animated shows from Marvel TV, which will build to a crossover event series – a deal that strongly recalls the pact for The Defenders Marvel signed with Netflix not so many years ago.

The VOD landscape has changed since then, however, and Marvel owner Disney’s merger with Fox is about to see its ownership stake in Hulu jump from 30% to 60%. As a result, it’s expected that the House of Mouse will use Hulu to stream some of its more adult-friendly content, while focusing on more family-friendly material for its own subscription platform, Disney+.

The deal follows Hulu’s existing Marvel series Runaways, and covers four projects. Howard the Duck, who had his own 1986 movie and briefly appeared in the Avengers franchise, will have his solo series overseen by Kevin Smith and Dave Willis.

Chelsea Handler will exec-produce and write Tigra & Dazzler Show alongside Erica Rivinoja, following the progressive duo as they “try to get their superpowered heads, hands and hearts around life in the City of Angels”.

Marvel’s villain Hit-Monkey will be brought to life by Josh Gordon and Will Speck, while M.O.D.O.K., which follows a Japanese snow monkey taking on Tokyo’s crime underbelly, will be shepherded to the screen by Patton Oswalt and Jordan Blum.

All four series will be steered and co-produced by Marvel TV head Jeph Loeb, with Loeb then exec-producing the crossover special, The Offenders, which will see all four solo outings collide.

The news came at the TCA press tour this week and follows the cancellation of several Marvel projects at Netflix, including Iron Fist and Daredevil. The only two of Hell’s Kitchen’s characters left standing are The Punisher and Jessica Jones, both of which are expected to eventually have the plug pulled on them too.