Mike Colter on Luke Cage: We're trying to a story that's character-driven | VODzilla.co | Where to watch online in UK 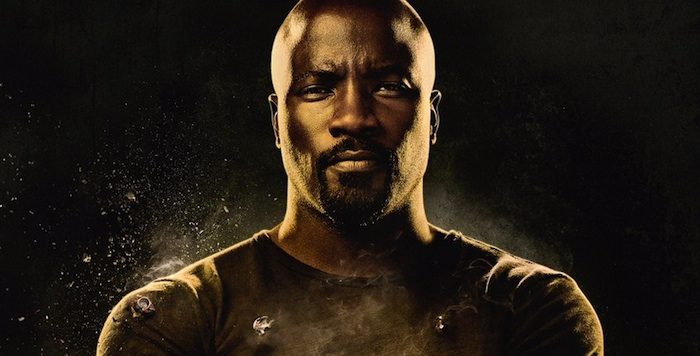 Mike Colter has said he would be happy for Luke Cage to team up with the Marvel Cinematic Universe.

Speaking at a preview event hosted by Empire, which showcased some clips from Netflix’s upcoming series, the Luke Cage star said he would be “very happy to do it”, if the idea of a crossover between Marvel’s small-screen and big-screen franchises were to take place.

Colter, though, made it clear that such an event would be very unlikely, emphasising to the room of fans that the two are worlds apart, despite being in the same universe.

“Logistically-speaking, we have scheduling conflicts,” he added.

Of course, the Netflix series are building towards a crossover of their own: a mini-series event called The Defenders that will be heading to our screens after the final solo superhero outing (Iron Fist) arrives on Netflix. Colter had no news to offer on The Defenders front, saying he hadn’t even laid eyes on a script.

Pressed to comment on which side he would take in the MCU rift between Tony Stark and Captain America, he said: “I went to the premiere where you wore red or blue, depending on who you were supporting. I wore a blue suit and a red tie. I feel that Luke Cage is a hero-for-hire, though, so it’d be ‘Who’s paying more?’.”

Here’s a video from the event:

With Netflix’s Luke Cage also upon us, Simone Missick has divulged some new details about her new character, Misty Knight.

Marvel’s newest superhero series for the streaming service will see Mike Colter reprise his role from Jessica Jones as the indestructible Luke Cage – and, as he rebuilds his life in Harlem, will see him come into contact with Cornell “Cottonmouth” Stokes (House of Cards’ Mahershala Ali), the owner of a nightclub who becomes an archrival to Cage, Rosario Dawson, reprising her role as Claire Temple, Sons of Anarchy’s Theo Rossi as Shades, a ruthless bad guy with connections to Cage’s past, and Knight.

Misty, along with her NYPD colleague, Rafael Scarfe (Frank Whaley), will be patrolling the city’s beat to keep a lid on crime. Speaking on a US talk show (flagged up by the fine folk of Den of Geek), Missick describes Misty as a “badass”, who grew up in Harlem and is a “strong woman – not only mentally, but physically”. But in case you hadn’t guessed from the cheesy comic book name, she’s not your average bobby on the beat.

“She also has this amazing superpower called Misty Vision”, Missick revealed. “She has the ability to look at a crime scene and figure out what happened. So she’s got this amazing clearance rate.”

Speaking of people being more than they may appear, she also observed that the show’s producers made a conscious decision to base Colter’s costume around a hoodie – “just because a person has on a piece of clothing and is of color, doesn’t mean they’re a bad person”, she commented. Just in case the badass trailer for the show hadn’t already impressed you enough.

The whole 13 episodes of Luke Cage Season 1 are released on Friday 30th September on Netflix. We’ll have a spoiler-free look at the opening episodes before then – watch this space. Or read on to hear Mahershala Ali’s thoughts on his character.

Mahershala Ali: Cottonmouth in Luke Cage is not really a “bad guy”

Luke Cage’s villain is not really a “bad guy”, according to Mahershala Ali.

The actor, who is best known for his role of the enigmatic Remy in House of Cards, will be following in the footsteps of David Tennant, Vincent D’Onofrio and Jon Bernthal this September, becoming the latest Marvel nemesis to feature in a Netflix series.

Ali comes to the project off the back of an Emmy nomination for his work in House of Cards Season 4, which he has since confirmed will be his last. Speaking to Deadline about his nomination, he also talked in depth about Cottonmouth.

“I’m still very much in a place of looking at the things that come my way that are the most interesting, and as you get to grow as an actor – as the industry looks at you as having more value – I think your opportunities would obviously expand. As mine have begun to expand, some of the more interesting characters have just fallen into that quote-unquote “villain” kind of aspect,” he said. “If I were to play a hero, I would want him to be a little grey – to definitely be human, and be conflicted about something, as we all are. Even if you’re the most well-intentioned person, there’s something that you’re working on improving, or reshaping in some way, or letting go of.”

For villains, it’s about “trying to make them human”, he added, “because often they’re written in a way that is so slanted”.

This, however, wasn’t the case with Luke Cage.

“Cottonmouth on Luke Cage—he’s really not a quote-unquote “bad guy”. It’s just being able to work against how those characters are often thought of, and sometimes written, to make them human; and therefore, making a character that the audience feels conflicted about. You can do a lot with those roles – you really can. I don’t want to only do that, by any stretch, but I definitely see the value in doing that, because it is such a challenge, and there’s a lot of runway in those characters for an actor.”

He continued to note that the role is his most demanding yet, and “definitely the most present I’ve personally ever been in a series”.

“As much as it’s in that comic book world, and we’re all very aware that it’s a degree removed from our own reality, as an actor, playing a guy who is struggling with some of the things that he’s struggling with – who is trying to maintain a hold over his business, over his industry – there’s an aspect of family legacy, manhood, responsibility; these things that Luke Cage begins to be a threat toward.

“I think you start seeing somebody who will do anything to protect what he has, and can justify that because he is so threatened by the introduction of this new person in Harlem, who is learning to take everything away from him. So the things that he has to do that are not necessarily par for the course, or what he would do everyday.”

“It was a stretch, but I loved it,” he concluded. “What I’ve seen [of the series], I think is a really good offering for that genre.”

Of House of Cards, he said he didn’t quit, but that he and the writers agreed that his character had run his course.

“There wasn’t really anything new to offer the show, and there’s a lot of people on that show! It’s not fair for me to say, “Hey, I want to do more,” because that might not work for the show,” he reflected. “But I do want to do more in my career, and that kind of aligned with the character running its course, and with how the show was framed.

“They understood that we had a good run, you know? You move on. I’ve said this before: every show has a shelf life. House of Cards might work for seven or eight seasons, it might be done after six, I don’t know – but my character also has a shelf life. It was just time to close that storyline out while it still meant something to people.”

All episodes of Luke Cage are released on Netflix on Friday 30th September.

Danny DeVito and Jeff Goldblum are making a TV series for Amazon... May 3, 2017 | Staff Reporter