“I’m not what I look like I am!” cries Will Arnett in the new season of Flaked.

Season 2 sees Chip return to Venice after a short exile to find that he is persona non grata. No store, no friends, not even a guest house to live in, it’s a long road back to the way things were.

All episodes land on Netflix on Friday 2nd June. Here’s the trailer:

Flaked to return for Season 2 in June

Flaked will return for a second season this June, Netflix has announced.

The show, which was created and written by Will Arnett and Mark Chappell (The Increasingly Poor Decisions of Todd Margaret), premiered in 2016, with the Arrested Development star playing Chip, a celebrated self-appointed “guru” who fell for the object of his best friend’s fascination – and saw his tangled web of half-truths and semi-BS that underpinned his all-important image unravel.

Now, after its renewal last year, Arnett is back for another bike ride through sun-drenched Venice, as his recovering alcoholic continues to juggle his personal life with the lies he’s told to stay afloat in his LA life.

IndieWire broke the news, with a cute, relaxed poster for the show’s return – complete with a typically downbeat tagline: “Backpedalling just got harder.”

The series’ sophomore outing marks a growing relationship between Arnett and Netflix, with the actor also voicing the lead role of BoJack Horseman in the streaming giant’s animated comedy, as well as appearing in A Series of Unfortunate Events, Arrested Development’s Season 4 (and eventual Season 5), and even, most recently, an April Fools joke about a fake Netflix Live service.

All episodes of Flaked Season 2 will premiere on Friday 2nd June. Here’s the artwork:

Twin Peaks: The magic of stories without spoilers

Trailer: MUBI’s On Body and Soul to premiere this weekend... September 19, 2017 | Staff Reporter 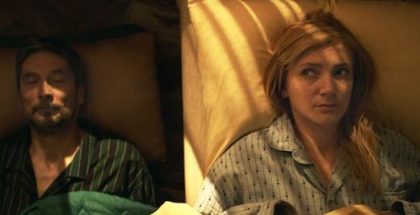