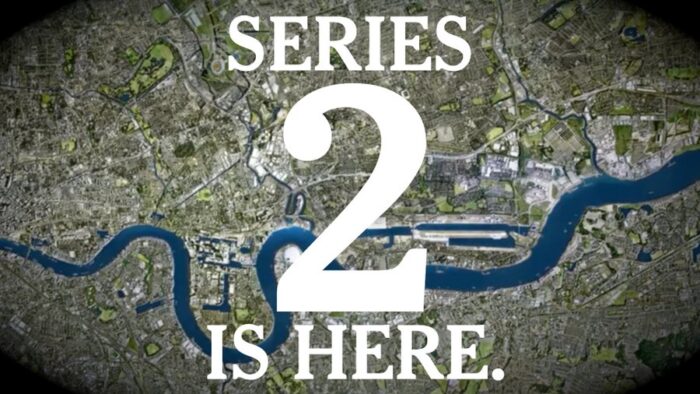 EastEnders, Hollyoaks and Coronation Street are all returning to UK TV this month, with the former two kicking off their new runs tonight after a halt in production due to the coronavirus pandemic.

EastEnders – which teased its return as “Series 2” on social media today – returned with a 21-minute episode at 8.05pm on BBC One. It will then air four episodes a week, with each instalment lasting a shorter 20 minutes – enough to let the series continue broadcasting without running out of the episodes its hastily recording under new safety restrictions.

The series picks up after the 16th June cliffhanger that ended the show’s long-standing run, which saw Sharon Watts and Ian Beale buy the Queen Vic.

Channel 4’s Hollyoaks is also back on air from this evening, airing a double-bill of episodes at 6.30pm on Channel 4 and a first-look episode at 7pm on E4.

ITV will follow suit next week, with Coronation Street back airing six episodes from Monday 14th September in the run-up to the show’s 60th anniversary on 9th December.

Viewers will once more be able to catch up with all the drama on the cobbles in a double-bill of episodes on Mondays, Wednesdays and Fridays.

Storylines will see David and Shona fight to rekindle their lost love, Daniel’s confused emotional connection to sex worker Nicky deepen, an epic feud between Abi and Debbie begin and Peter’s involvement in Abi’s dark past bring trouble to his own door with Carla. Leanne will take on the world as she fights to save her son Oliver, while a face from Nick’s past threatens his future when Natasha Blakeman returns to Weatherfield. Natasha isn’t the only face returning to Coronation Street, Todd Grimshaw’s return spells more heartache for Eileen and plants a bomb under Billy and Paul.

On the same day, Emmerdale will also return with six episodes a week – an episode at 7pm Monday to Friday, with an extra episode at 8pm on Thursdays. Guilt, betrayal and resentment are at the centre of the village this autumn. Dawn and Harriet deal with the consequences of murdering Malone but how long will his corpse remain concealed in the graveyard? With Belle having chosen a Tate over the Dingles, will a family war ensue? Belle will have to make a decision that could change her life, and those around her, forever.

All four soap operas have navigated the tricky waters of resuming production in a safe manner over recent months. Now, they’ll also be steering their way through the equally challenging minefield of how to depict the pandemic on-screen, with EastEnders jumping forward in time by three months to introduce us to Albert Square post-coronavirus outbreak, with the Queen Vic moving seats outdoors and the café removing some of its tables to comply with social distancing guidelines.

Coronation Street, meanwhile, will have plastic screens between tables in its café and restaurants, while people will also be wearing masks in shops.

BBC One will be reliving classic episodes of EastEnders as the soap opera prepares to go off-air for potentially as long as two months.

On Tuesday nights, viewers will have the chance to continue to reminisce and relive some of the unforgettable moments from the past as BBC One shows a selection of iconic episodes including the classic two-hander between Den and Angie, Sharongate and the explosive reveal of Max and Stacey’s affair.

On Monday nights, meanwhile, BBC One is bringing in Stacey Dooley to present a new behind-the-scenes series, Secrets from the Square. Premiering on Monday 22nd June, the series will sees Stacey sit down each week in Ian Beale’s restaurant, Walford East, with two different members of the cast to reflect on their time on the show, tease what’s to come when EastEnders returns as well as the occasional sneak peek behind Albert Square’s living room curtains.

Letitia Dean, Adam Woodyatt, Diane Parish, Tameka Empson, Danny Dyer and Kellie Bright to name just a few will be looking back to their first memories of the show, the juiciest dramas to hit Walford and telling stories from the set.

In the past year Stacey Dooley has hosted BBC’s Glow Up: Britain’s Next Make Up Star and The One Show. She says: “I’m delighted to be hosting Secrets From The Square. I grew up watching EastEnders, so walking on to Albert Square was a surreal experience as well as taking a trip down memory lane and interviewing some of the legends of Walford has been great, I’ve loved every minute of it!”

Kate Phillips, Controller of BBC Entertainment, says: “EastEnders has been at the heart of BBC One since its inception 35 years ago. While going off air was never in their plan, we and the EastEnders team knew straight away that this would be the perfect opportunity to celebrate the show, look back on cherished memories of all those momentous episodes whilst taking a look around Albert Square and they may just give us some teasers as to what’s to come when they return.”

EastEnders plans to resume filming at the end of June 2020, following the lead taken by Emmerdale and Coronation Street, which are resuming production under strict lockdown safely regulations.

Soap operas, like all other TV and film projects, stopped production earlier this year to avoid the spread of the coronavirus among cast and crew members. They have been particularly under pressure to restart production, though, as their regular episode broadcasts meant that they were rapidly running out of instalments to air, with each soap expected to eventually use up its pipeline in July at the latest.

Last month, though, Emmerdale led the way to resume filming, with six episodes shot over two weeks under lockdown conditions by a paired-back crew, all following social-distancing measures.

Yesterday, Coronation Street’s production team met to go through the safety procedures now in place, with the plan to resume filming on Tuesday 9th June in Trafford, Manchester. The new system of recording will produce three episodes a week, keeping the show on air next month.

The new safety measures, implemented to make filming possible, include a fixed cohort system with crew members designated to a specific studio or the Coronation Street exterior lot. The filming units will be maintaining safe social distancing with cohort managers in place to ensure this takes place. Cast and crew will have their temperatures checked on a daily basis by an external company.

Intensive cleaning and sanitisation of areas where filming is taking place will occur on a daily basis, crew members will use their own assigned equipment, props will be sanitised with the design team working at a safe distance, make-up and costume will work remotely and members of the cast and office staff will continue to work from home to ensure fewer people in the building.

Members of the cast and crew who are over the age of 70 or have an underlying health condition won’t be on set in the initial period of filming. For those members of cast and crew who fall into a Clinically Vulnerable category, an individual risk assessment process will be followed.

“Getting to this point has taken a huge amount of work and goodwill from a huge number of people, not least our cast and crew. With the peak past, all indications are that the time is right for a return to filming,” says Managing Director of Continuing Drama and Head of ITV in the North, John Whiston. “And with the extensive protocols we have put in place, we have made our workplace as safe as possible.”

The whole TV and film industry was shut down around the world in March and April, as the pandemic spread and companies reacted to keep stars and crew members safe. Ever since, people have been hard at work trying to work out ways to produce content in a way that doesn’t put the people involved at a risk.

ITV’s Isolation Stories brought relatives of its cast members into the fold by sending equipment to their homes and getting them to film it all themselves, with direction provided remotely over Zoom. (Read our behind-the-scenes interview with Robert Glenister and Celia de Wolff here.) Netflix sci-fi series Katla, meanwhile, has carefully resumed production in the remote, closed-off climes of Iceland.

Six episodes are being filmed in lockdown conditions. Production is at Emmerdale’s studios in Leeds and involves a pared-back crew to ensure health and safety protocols and social distancing measures are strictly adhered to by the team on set.

New ways of working to protect the crew and cast have been introduced by ITV Studios in accordance with pan-industry return-to-production protocols for TV drama which ITV’s Health and Safety team and medical advisers have been working on in consultation with the government.

The guidelines underpin everything ITV Studios are putting in place for the cast, crew and production team to adhere to whilst filming. The measures include social distancing, filming units staying together to work in designated studios with crew using their own sanitised equipment, office staff continuing to work from home to ensure fewer people on the ground, no location filming, scripts featuring a smaller number of actors and fewer scenes to avoid camera moves. The crew have also attended a meeting with the company’s medical adviser and participated in a health and safety induction which saw the new working environment procedures explained in detail.

The six episodes, which are being recorded over two weeks, will ensure Emmerdale stays on air in June. The steps towards finding a new normality post-outbreak answer some of the questions facing the entertainment industry in these strange times, and also opens up another question facing soap operas: do they address the lockdown or not?

Characters in Emmerdale will undergo lockdown, with some seizing the opportunity to heal divisions, others getting some sizzle back into their lives – and with the backdrop of the pandemic, the characters also reflect the nation’s immense gratitude and thanks for the NHS with the weekly clap for carers.

Hudson says: “When we first discussed commissioning these episodes back in March the writers instantly rose to the challenge. Seven weeks into lockdown and the scripts have an added poignancy and meaning. The response from everyone at Emmerdale to filming these episodes has been fantastic and we’re really grateful for their support.”

Amazon in talks with Sony for Marvel TV series