Comic-Con: Amazon's The Tick promises absurdity, laughs and loneliness | Where to watch online in UK | How to stream legally | When it is available on digital | VODzilla.co

As anyone who lives within a mile of the internet will know, Comic-Con took place last weekend, and while Marvel and Netflix stole the show, Amazon’s own super offering wasn’t to be overlooked: its new TV adaptation of The Tick.

Created by Ben Edlund, it marks Amazon’s first comic book series – and it’s a bold choice for an entry point, as the show brings to life the bizarre, silly world of the cartoon hero, one that’s far away from the usual big screen outings.

“I think this is the time when the highest number of people will get the jokes; we’re all eating out of a huge bowl of cereal of the superhero mythos,” he told fans.

Serafinowicz, who will be donning the blue costume and point antennae, referred to Adam West’s Batman in describing the show’s willingly daft tone, as well as influencing her own performance.

“A big part of what I love about this show is, particularly The Tick’s character is the embodiment of the pure essence of what it is to be a superhero,” he explained. “People don’t do it anymore. He has simple values. He wants to save people, he wants to eradicate evil. Anything beyond that, he kind of is confused with. I love that about him.”

He described the Tick as a “superpowered toddler”.

“That really I found quite emotional and sentimental, without being mawkish,” Serafinowicz said. “The show’s got quite a lot of sentimentality, but not in a syrupy way — just in the normal, regular flavour of sentimentality.”

There is a straight-faced, deadpan quality to the stupidity, which Edlund said they were embracing a way to differentiate it from the previous live-action show from a few years ago.

“We’re taking our story very seriously, while at the same time having a lot of fun with the fabric of superhero fiction,” Edlund continued. “Taking The Tick seriously was the funniest thing I could think to do, because that’s extra-absurd.”

As such, Arthur will play more of a central role as the story’s emotional core: “We really needed to find our psychological origin point for [Arthur]. Because in other versions he was kind of a cypher.”

Other superheroes do appear in the show, including a Superman-like figure, Superian.

“He’s been saving humanity for about a hundred years, basically out of pure benevolence, and the kindness of his… let’s say heart,” said Hines, noting that while he saves people, he doesn’t like to interact with them. “I thought that aloofness and that seeming arrogance could actually be loneliness and isolation.”

“I think loneliness is a big quotient on the show,” agreed Edlund. “So funny, loneliness!”

The show arrives on screens with some legal difficulties, in terms of the rights to the franchise’s characters, but Edlund revealed that old-school characters would make an appearance.

“I think over time, we’ll get to see some of the characters who have appeared before,” he said. “Each thing that we translate to another version into this gets its own treatment.”

“The characters from the cartoon are still in a difficult space, because they’re owned by a separate entity,” he added. “But if we ever figure that out, we’d like to get back to our roots.”

The first six episodes of The Tick are released on Amazon Prime Video on Friday 25th August, with a further six following in 2018. You can see part of the panel below, or head his way to see The Tick’s trailer. 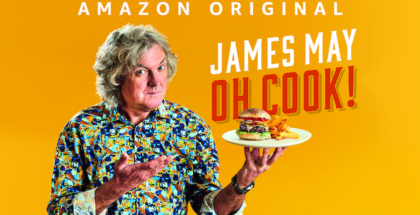 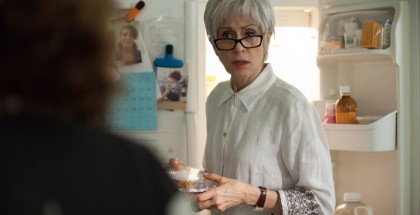 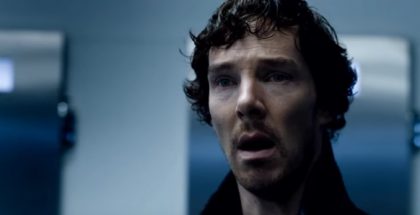