Cannes: Unsung stars will shine anew, promises Flix Premiere | Where to watch online in UK | How to stream legally | When it is available on digital | VODzilla.co

Every film deserves its “Andy Warhol moment of fame”. That was the message from Martin Warner, launching his new VOD venture, Flix Premiere, in a keynote speech at Cannes today.

Strictly speaking, the company doesn’t view its “online cineplex” as being VOD at all. Already soft-launched in the UK ahead of its official launch in June, the service is designed to help the 1000s of movies that Warner believes are caught between studio blockbusters and a berth on Netflix and Amazon Prime Video.

By contrast, each film launched on Flix Premiere will get a dedicated “red carpet event” (with exclusive content, such as out takes or interviews) – a limited window on a specific date when the films available to stream. If you miss it, you have to wait three weeks for its “general” release on Flix Premiere – just like a theatrical opening weekend, except online. With 8 to 10 new films out every week, that quasi-theatrical approach will be like going to your local cinema, except on your laptop, smartphone or (eventually) smart TV.

The hope is that this will enable Flix Premiere to target its copious marketing spend – its backing is from the financial services market, mostly American – onto each title. Using data mining, keyword research and social media buzz as a modern spin on traditional movie print and advertising, the plan is to match each movie to the right audience.

It’s a fascinating change from the usual way of doing things – even compared to other VOD models – but it has to be, because Flix Premiere’s ambition is to have exclusive content. How they achieve that is going to be the biggest challenge, but Warner is open about how they’ll attract film rights owners on the one hand, and audiences on the other.

For filmmakers, the company is offering a new economic model based on 50/50 split revenue (once taxes, such as VAT, are taken off) as opposed to the minimum guarantee model prevalent today. That means that Flix Premiere will need to be passionate about what it releases, which is why the company also has an element of curation. 12 people in the team have to give a possible acquisition 35/50 on a scorecard rating before they’ll discuss buying it.

Right now, the target is recent films that have been lost in the shuffle, or haven’t brought returns to rights owners from other platforms. As Warner points out, if a film is sitting in the warehouse but not on shelves in the store, what’s the point? But finding fresh new films at festivals like Cannes is the aim and he shrugs off accusations of being “the Netflix of forgotten films”.

Warner talks glowingly of new deals, such as Elephant Song, starring Xavier Dolan (previously released on VOD by Alarm Pictures in the UK), and Interwoven, a Crash-style ensemble drama starring Monique. But to get traction, he’ll need some real hidden gems, and persuading filmmakers to give Flix Premiere 12 months’ exclusivity will be a hard sell. Can his 35/50 model work at Cannes, when deals are struck based on instinct and early buzz and cannot rely on the careful processing of digital metrics?

For now, though, the company is bullishly confident and projects over 2 million people signed-up within 12-15 months, aided by expansion into further countries, mainly Western Europe. If it works, it’ll be a real shift in the division of theatrical and digital into something occupying a middle ground. Certainly, Flix Premiere attracted a large, curious crowd, with one producer admitting beforehand that “this is the direction the world is going”. With Flix Premiere’s official UK launch coming in June, we’re about to find out if that’s true.

For more on Cannes 2016, from reviews of Amazon’s big hitters to news on VOD acquisitions, click here. 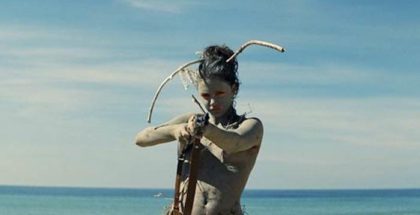 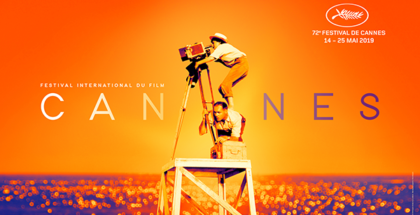