Netflix has spoken out about its acquisition of Black Mirror as a global original show, saying that it has given Charlie Brooker and Annabel Jones “complete creative control”.

The Channel 4 sci-fi anthology was snapped up by the VOD giant last year, with it becoming apparent last month that the UK broadcaster had also lost the rights to air the show in the UK. Now, Netflix’s Chief Content Officer, Ted Sarandos, has officially commented on the deal.

Speaking to The Independent, Sarandos said: “I was blown away by the first episode I ever watched. We went, ‘How did we not make this?’”

“It’s a very ambitious show with what Charlie [Brooker] and Annabel [Jones] were doing and they were looking for a big global audience. We came in as partners to help give that show a big global footprint; we saw how people reacted to the show all over the world and it came up that Charlie and Annabel wanted to make the show bigger.”

Sarandos says Netflix “looked to the Christmas special with Jon Hamm” as the model.

“They wanted a lot more money to reach a bigger audience on a bigger platform. We followed the model along and Channel 4 ultimately could have had it and chose not to. We saw the ability to really support visionary storytellers – we’re thrilled to see what else they’re going to do.”

“They’ve been all over the world filming too,” he added.

Black Mirror will not air on Channel 4 in the UK

Charlie Brooker’s dark sci-fi anthology series began life as a Channel 4 show, earning enough fans to take it to a second season and a Christmas special. It won fans across the Atlantic too, after Netflix acquired the US streaming rights to the programme, with Mad Men’s Jon Hamm even signing on to star in the one-off seasonal episode.

US audiences liked what they saw so much that Netflix then snapped up the show to become one of its original series. The reported $40 million deal ordered 12 new episodes, with House of Tomorrow’s Charlie Brooker and Annabel Jones, who executive produced the first seven episodes of the series, continuing to serve as executive producers and showrunners.

Channel 4, though, was thought to still be in the running for the UK rights to the show, which would have seen the broadcaster air them first for British viewers, before they went exclusively to Netflix.

Now, though, The Guardian has confirmed that Channel 4 has lost its rights to Black Mirror.

The newspaper reports that they are “understood to be hugely frustrated” with producer Endemol Shine (owners of House of Tomorrow), with Channel 4 chief creative officer Jay Hunt issuing a statement voicing that frustration: “Black Mirror couldn’t be a more Channel 4 show. We grew it from a dangerous idea to a brand that resonated globally. Of course it’s disappointing that the first broadcast window in the UK is then sold to the highest bidder, ignoring the risk a publicly owned channel like 4 took backing it.”

Hunt and Channel 4 chief executive David Abraham were both involved in the talks over the show’s future, with the broadcaster thought to have made a “serious and significant” offer for the rights to the UK premiere of Black Mirror’s future episodes. After being outbid by Netflix, though, it was reportedly not given a chance to make a counter bid.

A spokesperson for Endemol Shine said they had explored “every avenue” before failing to reach an agreement, also noting that “Channel 4 have had the opportunity to recommission since 2013, and passed on this and subsequent co-production options put to them”.

“Only following this and the first series’ exceptional performance when aired on Netflix, did Netflix offer a longer order of twelve with an increased budget that allowed producers House of Tomorrow to realise their ambitions for the series. Further efforts were made to try to reach a settlement regarding a UK window for Channel 4 but these were also sadly to no avail.”

Channel 4 has disputed the statement, adding that it is not interested in the secondary rights to the programme after its premiere on Netflix.

The broadcaster has long had a relationship with Endemol Shine – the result of a merger last year between Endemol and Fox-owned Shine – with other shows by the producer airing on the channel including The Island, Hunter, Deal or No Deal and Eight Out of 10 Cats.

As if to rub salt in the wound, Netflix UK’s Twitter account today posted the teaser trailer originally unveiled in the US six months ago: 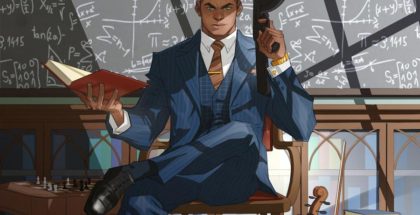