60fps live streaming arrives on YouTube | Where to watch online in UK | How to stream legally | When it is available on digital | VODzilla.co

You can stream things live at 60fps on YouTube, thanks to a new update introduced this week.

YouTube has consistently positioned itself at the front of the VOD pack in technological advances, with support for 3D videos, 360-degree panning and – earlier this year – 60fps video playback.

But YouTube is no longer the only kid on the free-to-view block and it is facing growing competition. Last year, Amazon bought up streaming rival Twitch in a deal worth almost a billion dollars. The site, which specialises in streaming video game footage, has amassed a huge following, one that Google was thought to be interested in acquiring before Amazon stepped in and snapped it up.

With Twitch broadcasting live streams in 60fps, YouTube was one step behind – until now.

YouTube does not shy away from mentioning games footage in its official blog post announcing the update- “We know high frame rates are especially important for gaming streams” – so the site has worked with Elgato and XSplit on new versions of Elgato Game Capture, XSplit Broadcaster, and XSplit Gamecaster that support 60fps live streaming to YouTube, now available for download. Any app using the live streaming API can also add a new high frame rate flag to enable 60fps streaming.

Now, when you start a live stream on YouTube at 60fps, the site will transcode the stream into 720p60 and 1080p60, which means silky smooth playback for gaming and other fast-action videos. YouTube will also make the stream available in 30fps on devices where high frame rate viewing is not yet available, although support will be rolled out to additional devices in the coming weeks.

HTML5 playback has also been added in supported browsers. Because YouTube’s HTML5 player supports variable speed playback, you can skip backward in a stream while it’s live and watch at 1.5x or 2x speed to catch back up.

Trailer: The Death of Superman Lives: What Happened? flies onto VOD this July

Lionsgate teams up with YouTube for The Hunger Games campaign... October 23, 2014 | James R 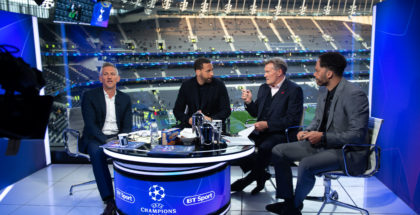