The Sarah Jane Adventures: The best adventures | Where to watch online in UK | How to stream legally | When it is available on digital | VODzilla.co 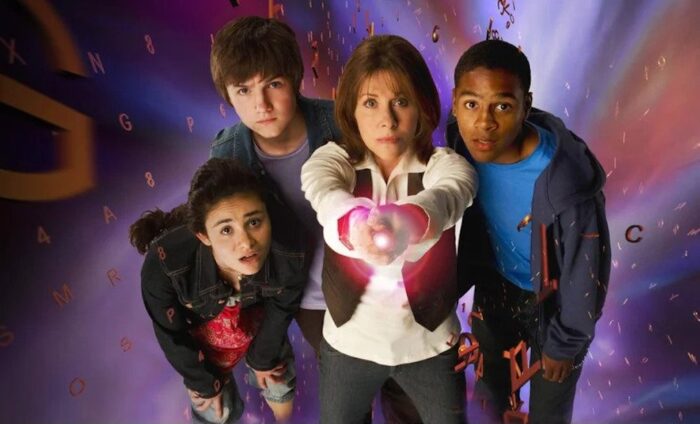 13 Bannerman Road is where Sarah Jane Smith lives, and CBBC visited there for five seasons of the essential Doctor Who companion’s series, The Sarah Jane Adventures. In a break from our usual tour of classic serials, this month’s Classic Doctor Who column covers the best of the 27 stories featuring Sarah and her young companions…

New Doctor Who fans were introduced to Sarah Jane Smith in 2006 in the Doctor Who episode School Reunion. It’s a cracking story, bringing Sarah Jane back to the show for the first time since 1983’s The Five Doctors. Having covered the best of her classic-era adventures in last month’s column, it’s fitting to revisit the BAFTA-winning spin-off starring Elisabeth Sladen and a variety of young companions.

The Sarah Jane Adventures finds Sarah Jane back home and initially going it alone in her investigations of alien activity, until her neighbours and their classmates poke their noses in. She also adopts an unearthly child, Luke (Thomas Knight), after rescuing him from his creators, the Bane. Alongside new friends and monsters, existing Doctor Who characters and creatures cross over into the series too.

Unlike the slightly edgier spin-offs Torchwood and Class, The Sarah Jane Adventures is more squarely aimed at kids, but it’s the best Whoniverse spin-off because, like the parent show, it’s suitable for the whole family and offers plenty for old and young viewers to latch onto. If you’ve never given it a try before, here are some key stories…

Revenge of the Slitheen (Season 1, Episodes 1 and 2) 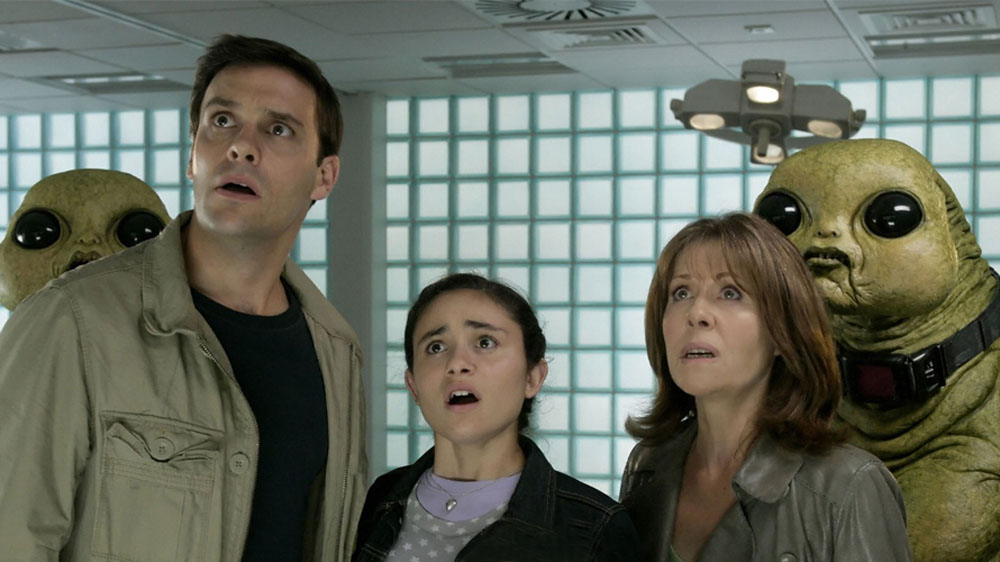 The pilot special Invasion of the Bane is the starting point proper, but the first serial of Season 1 is where SJA hits the ground running. As Luke and Sarah Jane’s neighbour Maria (Yasmin Paige) start a new school year, they meet Clyde Langer (Daniel Anthony) and discover a conspiracy by undercover Slitheen. It’s a typical mess-around with all the attendant fart gags of a Slitheen story, but with a strong dynamic between Sladen, Paige, Knight, and Anthony, it solidifies the series’ format.

Whatever Happened to Sarah Jane? (Season 1, Episodes 7 and 8) 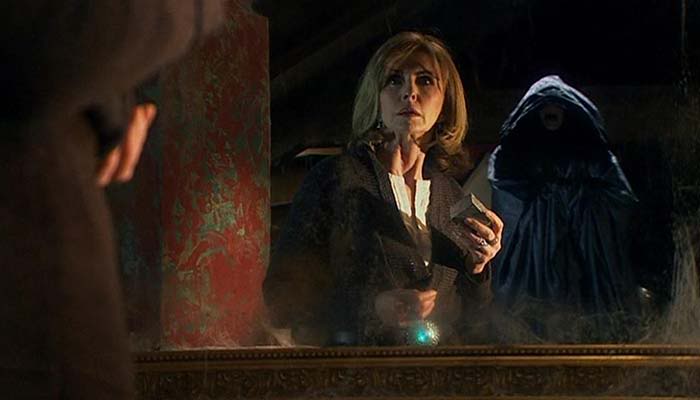 An early watershed moment for the show, this serial finds Maria and Clyde having to solve the mystery of Sarah Jane’s sudden disappearance. Why is Sarah’s childhood friend, Andrea Yates (Jane Asher), suddenly living in her house? And can normality be restored before a meteor collides with Earth? This one also features the debut of the Trickster, the rare antagonist who originated in a spin-off and turned up in Doctor Who too, with a creature from his Brigade latching onto Donna Noble in 2008’s Turn Left. 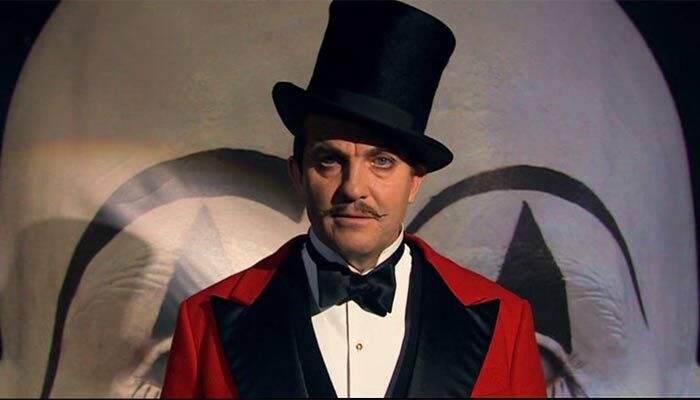 In the New Who era, it’s common for regulars to have appeared in the show before and recently departed companion Bradley Walsh made his Whoniverse debut as Elijah Spellman, a Pennywise-inspired villain straight out of folklore. Written by Phil Ford, this story also introduces Rani Chandra (Anjli Mohindra) as Sarah Jane’s new neighbour, a budding journalist who fits right in with the regulars as they investigate Spellman’s sinister circus museum. 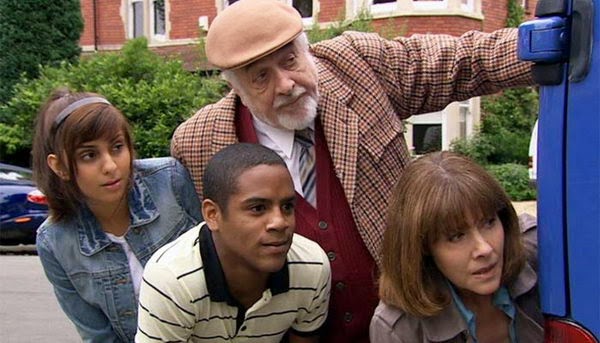 Arguably the biggest and best of the show’s season finales, Enemy of the Bane not only brings back Sontaran Commander Kaagh (Anthony O’Donnell) from the Season 2 opener and Luke’s creator, Mrs Wormwood (Samantha Bond), but also the great Brigadier Alastair Lethbridge-Stewart (Nicholas Courtney) from Doctor Who. It’s a mighty pay-off for the first two seasons. Although this marks the Brig’s final on-screen appearance before Courtney passed away in 2011, this wouldn’t be the last Sarah Jane episode to give another Classic Who companion the School Reunion treatment…

The Wedding of Sarah Jane Smith (Season 3, Episodes 5 and 6)

Sarah Jane is getting married! Nigel Havers guest-stars as Miss Smith’s fiancee, Peter Dalton, the man for whom Sarah would hang up her sonic lipstick and retire from fighting aliens. Understandably, she’s miffed when her young friends take it upon themselves to investigate Peter, but it looks as though the wedding will go without a hitch. Enter the Tenth Doctor (slap-bang in the middle of that final year of David Tennant specials) with a grave warning of an old enemy at work… 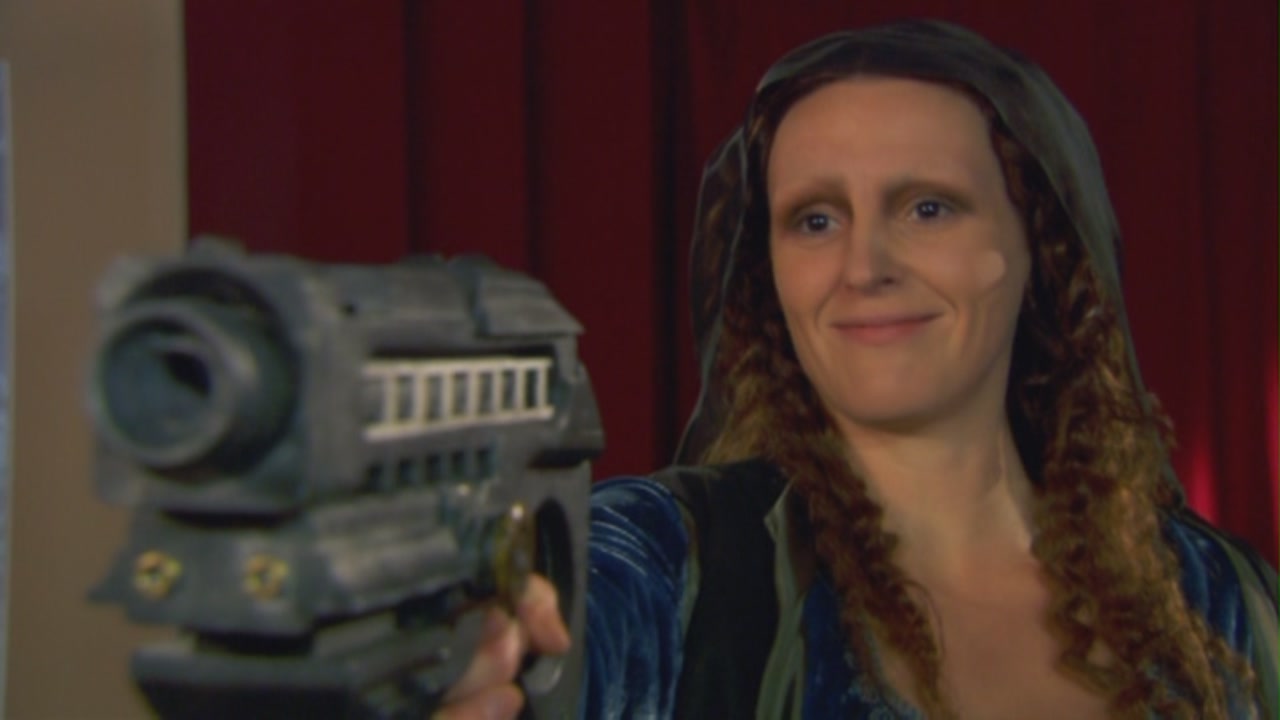 The Mona Lisa has a great track record in Doctor Who. Beyond the painting’s pivotal role in the Fourth Doctor serial City Of Death, there’s also this fun romp involving an alien that transforms paintings into living things, including La Gioconda herself (Suranne Jones). Think of this one as a more comical remix of Doctor Who’s Fear Her, or a prelude to the gallery-hopping madness of The Day Of The Doctor… 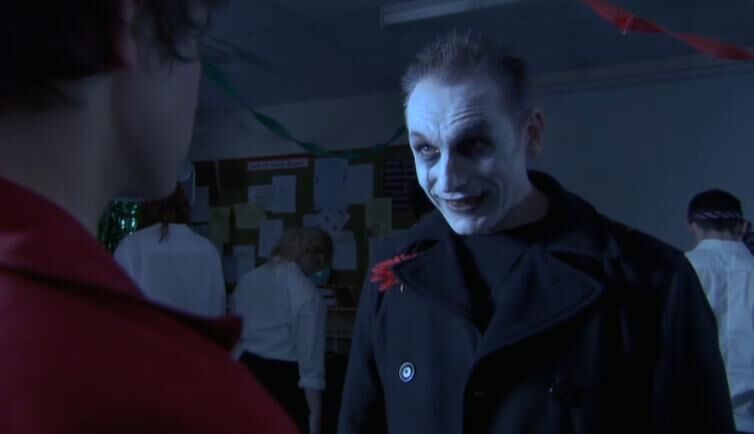 Although most of the regulars stuck around, the series also allowed for Sarah Jane’s young companions to move on like the main show does. In the Season 4 opener, Luke is on the cusp of going to university, when he’s plagued by visions of the titular Nightmare Man (Julian Bleach). Joseph Lidster is one of the show’s best writers and this haunting and dramatic outing is one of his finest. 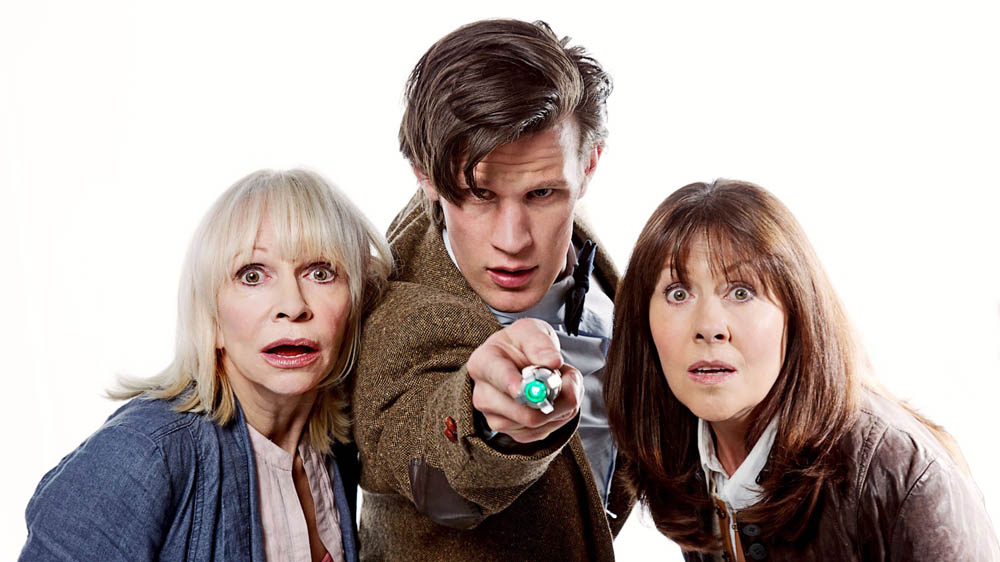 Did you know that Russell T Davies wrote for the Eleventh Doctor too? A year after Steven Moffat took over as head writer and “showrunner” on Doctor Who, RTD wrote a serial in which Sarah Jane meets another of the Third Doctor’s companions, Jo Grant (Katy Manning), when they’re both informed that their Time Lord friend has finally perished. No, really. Anyway, it’s lovely that Manning is the headliner, even with Matt Smith in the mix, and this story closes on a catch-up with the lives of several classic series companions, as envisioned by Davies.

The Curse of Clyde Langer (Season 5, Episodes 3 and 4) 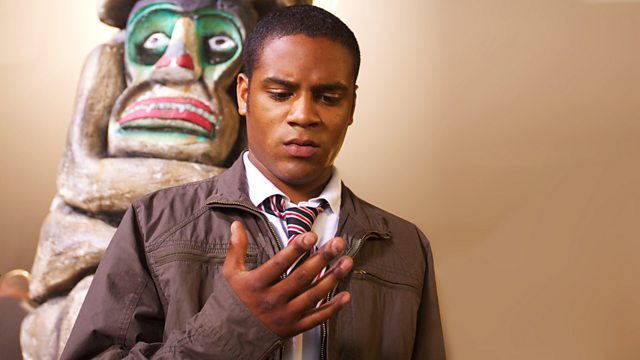 The final season was cut short by the tragic death of Elisabeth Sladen during production. The highlight of the last three serials is this showcase for Clyde, in which a brush with an alien artefact leads to his friends and loved ones suddenly turning on him. All fan service aside, the show is on blinding form when it does drama for an after-school audience, and this one turns the screws on its upsetting premise to brilliant effect. It’s well worth digging into the entire series, not just the ones with returning characters, because of the standard of writing and the acting around Sladen. 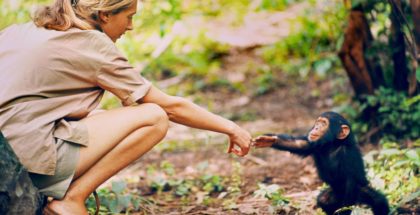 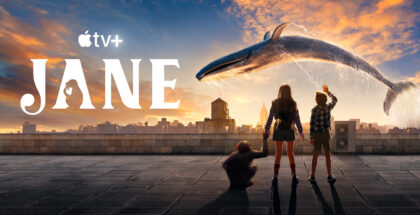