Paramount+ UK: What's available at launch? When is it available? How does it work? | Where to watch online in UK | How to stream legally | When it is available on digital | VODzilla.co

Paramount+ UK: Everything you need to know

This week sees another addition to the streaming landscape, as Paramount launches Paramount+, its subscription platform boasting a slew of new original films and shows as well as access to the Paramount archive of movies and series. Can it compete with Netflix, Disney+, Amazon Prime Video and Sky? Time will tell, but for now, here are all your questions answered about the new streaming platform, including the line-up of new content available from the moment it launches.

Formerly called CBS All-Access in the US, Paramount+ is the entertainment giant’s play to rival similar offerings from Disney+, Peacock and HBO Max. The streaming service combines series and movies across from brands and studios including Showtie, BET, CBS, Comedy Central, MTV, Nickelodeon, Paramount Pictures and the Smithsonian Channel.

When does it launch?

The service will launch with a slate of more than 8,000 hours of programming and films, spanning the Star Trek universe, Taylor Sheridan’s Yellowstone, South Park and the MTV Shores, SpongeBob SquarePants, PAW Patrol and Rugrats. Projects in the pipeline for the future range from Sexy Beast and A Gentleman in Moscow to Flatshare, The Burning Girls, The Ex-Wife and The Blue.

Here’s a full list of TV shows available – and you can read on for a list of the original/exclusive titles that will be available at launch in the UK and Ireland:

In this adaptation for Paramount+, HALO will take place in the universe that first came to be in 2001, dramatising an epic 26th-century conflict between humanity and an alien threat known as the Covenant. Halo stars Pablo Schreiber as the Master Chief, Spartan-117; Natascha McElhone as Dr. Halsey, the brilliant, conflicted and inscrutable creator of the Spartan super soldiers; and Jen Taylor as Cortana, the most advanced AI in human history, and potentially the key to the survival of the human race.

In the East Wing of the White House, many of history’s most impactful and world-changing decisions have been hidden from view, made by America’s charismatic, complex and dynamic first ladies. This series will peel back the curtain on the personal and political lives of three unique, enigmatic women, tracing their journeys to Washington through interweaving storylines with an enlightening intimacy, with season one focusing on Michelle Obama, Betty Ford and Eleanor Roosevelt. Viola Davis, Michelle Pfeiffer and Gillian Anderson star.

Based on the years Captain Christopher Pike manned the helm of the USS Enterprise, the series will feature fan favorites from Season 2 of Star Trek: Discovery: Anson Mount as Captain Christopher Pike, Rebecca Romijn as Number One and Ethan Peck as Science Officer Spock. The series will follow Captain Pike, Science Officer Spock and Number One in the years before Captain Kirk boarded the USS Enterprise, as they explore new worlds around the galaxy.

The Man Who Fell to Earth – Episodes weekly

An alien (Chiwetel Ejiofor) arrives on earth with a mission: to learn to become human and find the one woman (Naomie Harris) who can help save his species. Together they discover that in order to save his world, they must first save ours.

Super Pumped: The Battle for Uber is the first installment of the Super Pumped anthology series in which each season will explore a story that rocked the business world to its core and changed culture. Starring Joseph Gordon-Levitt, Uma Thurman, and Kyle Chandler.

From Academy Award nominee Taylor Sheridan, co-creator of Yellowstone, Mayor of Kingstown follows the McLusky family – power brokers in Kingstown, Michigan where the business of incarceration is the only thriving industry. Tackling themes of systemic racism, corruption, and inequality, the series provides a stark look at their attempt to bring order and justice to a town that has neither.

This Western drama follows the Dutton family, led by John Dutton (Kevin Costner), who controls the largest contiguous ranch in the United States, under constant attack by those it borders – land developers, an Indian reservation, and America’s first National Park.

1883, a Yellowstone origin story, follows the Dutton family as they embark on a journey west through the Great Plains toward the last bastion of untamed America. From Academy Award nominee Taylor Sheridan, co-creator of Yellowstone, 1883 is a stark retelling of Western expansion, and an intense study of one family fleeing poverty to seek a better future in America’s promised land — Montana.

Based on Philipp Meyer’s celebrated debut novel, American Rust is a compelling family drama and a timeless story of wanting a brighter future while being held prisoner by the past. The story of survival and transcendence is told through the eyes of complicated and compromised chief of police Del Harris of a Pennsylvania Rust Belt town full of good people making bad choices. When news of a murder rips through the town, Harris must decide what lengths he is willing to take to protect the son of the woman he loves. Starring Jeff Daniels and Maura Tierney.

Equal parts survival epic, psychological horror story and coming-of-age drama, Yellowjackets is the saga of a team of wildly talented high school girls soccer players who become the (un)lucky survivors of a plane crash deep in the remote northern wilderness. The series chronicles their descent from a complicated but thriving team to savage clans, while also tracking the lives they’ve attempted to piece back together nearly 25 years later, proving that the past is never really past and what began out in the wilderness is far from over.
iCarly – Full box set

Produced by Nickelodeon Studios and based on the original hit sitcom, iCarly follows Carly Shay, the original influencer, and her friends as they navigate work, love and family in their 20s.

Queen of the Universe – Episodes weekly

The first-of-its-kind global singing competition featuring the fiercest drag queens from 10 countries around the world. In each episode, contestants will debut a new musical performance, singing live in front of an audience and judges in the hopes of being crowned Queen of the Universe and taking home a $250,000 cash prize. The series is hosted by Graham Norton, with Vanessa Williams, Michelle Visage, Trixie Mattel and Leona Lewis forming the judging panel.

Inspired by the remarkable true story of retiree Jerry Selbee (Bryan Cranston), who discovers a mathematical loophole in the Massachusetts lottery and, with the help of his wife Marge (Annette Bening), wins millions and uses the money to revive their small Michigan town.

How much is it?

Paramount+ will cost £6.99 per month or £69.90 per year in the UK, with a free seven-day trial available for new customers. With only one tier of pricing currently announced, expect that to include support for 4K/UHD streaming, in a similar vein to Disney+.

Paramount+ will be available online at paramountplus.com and as a standalone app on iOS and Android devices, plus across a range of connected TVs as well as Google, Roku and Samsung devices.

Paramount+ will also be available as an app within Sky’s platform, as part of a multi-year partnership that includes Sky continuing to air Paramount’s portfolio of pay TV channels, such as Comedy Central, MTV and Nickelodeon. You can also get it as an add-on service as part of Amazon Prime Video Channels.

Is there any offer or discount?

A seven-day free trial is available for new customers.

Sky Cinema subscribers will get the bonus of Paramount+ included at no extra cost, but other Sky customers – and all NOW customers – will have to subscribe to Paramount+ as a paid add-on to their account.

However, Paramount’s feature films will remain part of Sky Cinema for the foreseeable future, which means that NOW Cinema subscribers will still be able to watch the Paramount films that are included in the Sky Cinema library.

Watch this space, as we’ll be bringing you monthly updates and what’s coming to Paramount+ in the UK.

Michelle Yeoh to star in Netflix’s The Brothers Sun 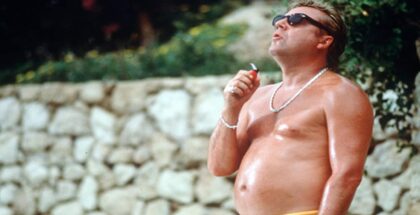