The Weekly MUBI Digest | 21st April 2018 | Where to watch online in UK | How to stream legally | VODzilla.co

Sirk, Pollack, Darabnont, Angela Schanelec. The list of directing veterans on MUBI UK only continues to expand, even more so with the latest Nicolas Winding Refn-curated Shanty Tramp from the 1960s restored to its full grimy, exploitation glory. But this week, MUBI provides a platform for a unique first-time filmmaker, with artist Mitra Trabizian’s Gholam heading from cinemas to the subscription site for an exclusive 30-day run.

What if the apocalypse was actually one of those drunken house parties you went to as a teenager? What if it was populated by pretentious, narcissistic, obnoxious individuals you would normally avoid, but you got drunk and your friend who is driving you home wants to stay at the party so you’re stuck there? That’s This Is the End, a knowing, self-aware comedy about celebrities playing themselves. It’s fun, but not quite the LOL-pocalypse that was prophesied. Read our full review

Los Angeles, circa 1920s, a little immigrant girl in a hospital recovering from a fall, strikes up a friendship with a bedridden man. He captivates her with a whimsical story that removes her far from the hospital doldrums into the exotic landscapes of her imagination. Tarsem Singh’s 2006 fantasy is visually jaw-dropping.

Lust and impotence, booze, oil money and family scions—and above all, desire for approval, for love. Douglas Sirk’s resplendent melodrama, too often taken as camp, is as serious as cinema gets. Only, Sirk heightens it all: colors bursting, neuroses tormenting, libidos raging—excess barely contained.

Airports are places of transit and fortuitous synchronicity. In Orly, Angela Schanelec’s camera delicately infiltrates the geometric architecture of the building and, with the right distance from her characters, captures the elusiveness of happenstance to achieve unsuspected emotional resonance.

The Squid and the Whale – 27th April

This awkwardly hilarious and astutely painful study of a family going through a divorce was Noah Baumbach’s breakthrough film, boasting a cast that includes Jeff Daniels, Laura Linney, Anna Paquin and a young Jesse Eisenberg. Made all too aware of each character’s faults, hazy middle-ground is all that awaits our sympathies and Baumbach nudges us around in the emotional mist with masterful precision. Read our full review

Fresh from its recent cinema release, and based on her award-winning photographic series on Iranians in exile Border, renowned artist Mitra Trabizian’s first film perceptively captures the displacement of life in the diaspora. A minimalist nocturnal thriller with a laconic yet remarkable turn by Shahab Hosseini (A Separation, The Salesman).

MUBI continues its partnership with Nicolas Winding Refn’s new streaming platform, dedicated to reviving old curious and forgotten genre flicks. In this case, it’s Jose Prieto’s 1967 Shanty Tramp, which sees a small-town Southern prostitute have to decide between her lust for a black man and her meal-ticket, the sleazy revival-tent preacher who’s just rolled into town.

When management begins to sell off equipment at a factory that makes elevator parts, the workers become nervous about their job security. As they weigh their options, including a strike and a tongue-in-cheek suggestion at an armed response, the workers are forced to continue showing up at work.

Many greeted Sofia Coppola’s provocatively anachronistic follow-up to her Lost in Translation success with bafflement. With time, both the audacity of her pink punk period piece and her compassionate evocation of a woman under extreme circumstances has proven at once riotous, charming and enduring.

Pollack in the 80s: Absence of Malice

Sydney Pollack has directed some of the most gripping political films of his era, and thus we open his double bill with this incisive inquiry into the power of the free press. Irresistibly unpredictable storytelling weaves a web of intrigue around two true originals: Sally Field & Paul Newman.

Pollack in the 80s: Tootsie

Known for his difficult temperament, down-on-his-luck actor Michael Dorsey (Dustin Hoffman) finds work on a trashy daytime soap opera by disguising himself as a woman by the name of Dorothy Michaels.

Takeshi Kitano is best known internationally for his hyper-masculine yakuza films, yet belying his tough exterior is a tender and even romantic soul. Dolls unleashes this disposition in a free-form experimental love story resplendent with great feeling, mystery, and of course, hard earned cynicism.

Its title may be impossible to remember, but its images are impossible to forget. Gastón Solnicki’s third feature boasts a magnetic, drifting beauty as it navigates privilege in an exquisite choreography of bodies and spaces that feels at once meticulously orchestrated and remarkably alive.

An inquiry into the pervasive memory of World War II and its many effects on Jewish identity, Papirosen finds the uniquely talented Gastón Solnicki avoiding the usual faults of self-portraits. The result is a graceful consideraion of post-war Jewish identity and the collective memory of a family.

Reckless playboy Bob Merrick (Rock Hudson) crashes his speedboat, requiring emergency attention from the town’s only resuscitator while Dr. Phillips dies waiting for the life-saving device. Merrick then tries to right his wrongs with the doctor’s widow, Helen—falling in love with her in the process.

Douglas Sirk: All I Desire

In 1900, Naomi Murdoch deserted her small-town family to go on the stage. Some ten years later, daughter Lily invites Naomi back to see her in the Riverdale high school play.

Douglas Sirk: All That Heaven Allows

A melodrama so suffused with emotion, so ripe with sincerity and irony, so bountiful in color and design that it was remade beautifully not only by Fassbinder but also by Todd Haynes. Yet nothing compares to the original: a sublime experience effortlessly blending sweeping story and social critique.

Winner of the Special Jury Award at the 2016 Sundance Film Festival, this revives the existential purgatory that was the 90s for a complicated interrogation of youth and sexuality amidst the confused decade.

As I Was Moving Ahead Occasionally I Saw Glimpses of Beauty

Is there a more prolific and passionate filmmaker than Jonas Mekas? MUBI partners with the Serpentine Galleries and the Lithuanian Institute to bring you one of the avant-garde pioneer’s landmarks, a home movie epic, a monument to intimacy—and a strong contender for most evocative film title ever. 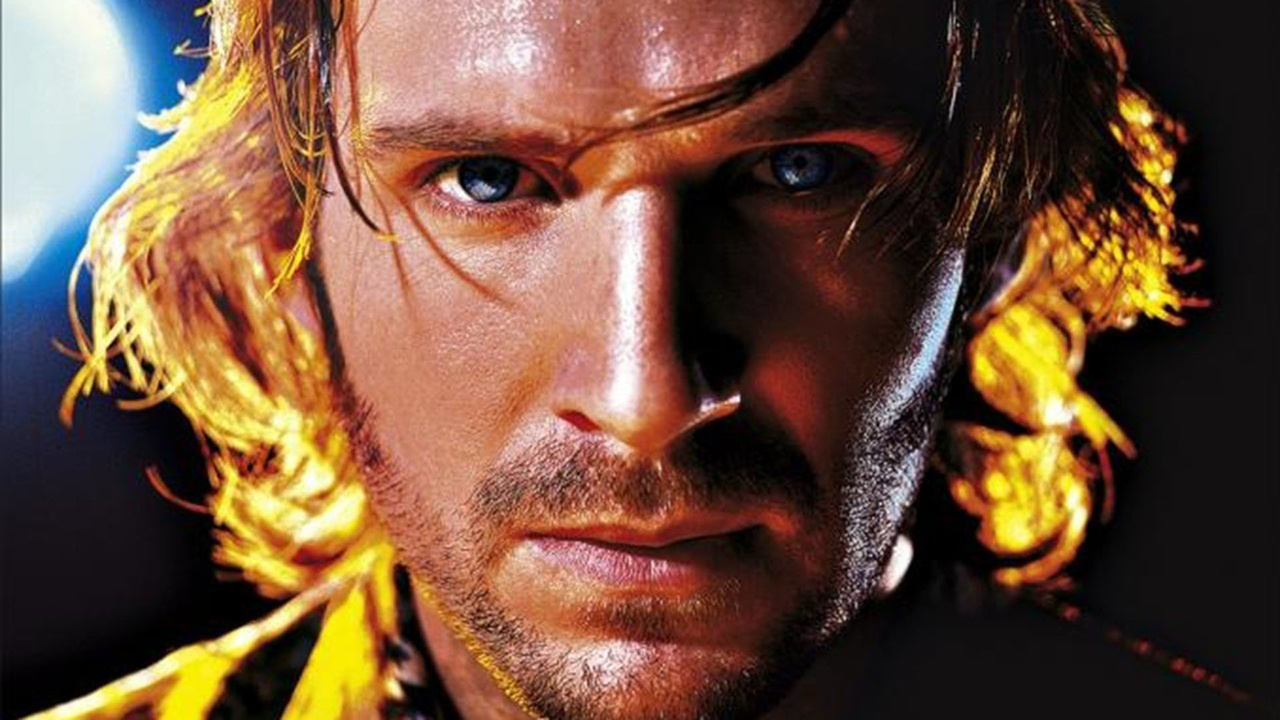 Before The Hurt Locker and the realism period that followed, Kathryn Bigelow was known for darkly stylized efforts in genre, of which Strange Days stands at the fore. Uncanny political predictions, a timely original soundtrack, and perfect aesthetics altogether form a zenith of 90s American culture.

Famous for ending the career of its director, Elaine May’s screwball bromance was a flop when released, but it’s time for the comedy to be reevaluated. It sars Warrenn Beatty and Dustin Hoffman astTwo terrible lounge singers get booked to play a gig in a Moroccan hotel but somehow become pawns in an international power play between the CIA, the Emir of Ishtar, and the rebels trying to overthrow his regime.

MUBI begins a retrospective of under-seen contemporary director Angela Schanelec with a tenderly enigmatic drama that reveals a group of friends, family and lovers dispersed yet connected as people yearning for fulfilment.

Marseille describes an interlude in the life of young Berlin photographer Sophie. Wanting a change, Sophie does an apartment swap, so she can go photograph the city of Marseille, and most of all get away from Berlin.

MUBI’s series devoted to Angela Schanelec continues with this sun-drenched snapshot of a subtly distraught summer holiday shared between lakeside neighbours. The film generously lets us piece together relationships, family drama and love’s hurt through oblique observation and heart-felt restraint.

The Night I Swam
Available until end of: 21st April

Diary for My Children
Available until end of: 24th April

Vladimir and Rosa
Available until end of: 25th April 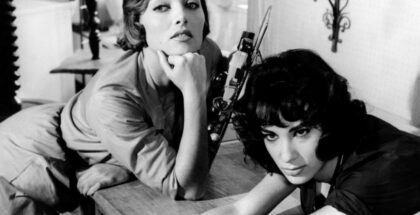 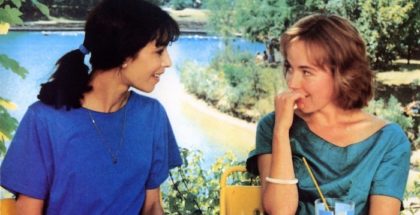