What's coming soon to Arrow UK in August 2021? | Where to watch online in UK | How to stream legally | When it is available on digital | VODzilla.co

Arrow is a streaming service curated by members of the Arrow Video team, bringing together new horror, cult classics, cutting edge cinema, international favourites and more – from Lars von Trier to Park Chan-wook, plus TV shows such as The Bridge and Gomorrah.

August is a mix of the distinctive, the disturbing and some impressive debuts, from the exclusive premiere of dark comedy Man Under Table to undead satire The Cured and Justin Kurzel’s devastating The Snowtown Murders – plus Korean ghost stories, Japanese horror, subterranean beasties, B-movie mayhem and more.

In Hollywood, it’s who you know, not what you write. Guy is writing a movie, or so he claims in bars, parties, pretty much wherever he can. Guy eventually stumbles into the path of Indie darling Jill Custard and her lackey Ben who endlessly accosts him and pull him into projects that are not his own. Frazzled and frustrated, Guy decides to join forces with a washed up never-been Gerald, and the duo plan to write what could be the dumbest movie ever made. Set against the backdrop of a crumbling dystopian Los Angeles, Man Under Table pushes a spotlight onto the endlessly bizarre world of the Hollywood movie industry where things are never easy, dreams are crushed, content is king, and you’ll need to wear a gas mask to cope with the unnamed toxins in the polluted green air…

Season 2 of IRENE HUSS sees Angela Kovacs (Hassel, Spring Tide, Wallander) returning as the eponymous lead character detective Irene Huss. Still doing her best at juggling her family life and her very demanding job within the Violent Crimes Unit, Irene is this time confronted with cases more gruesome than ever. Based upon the characters and the universe of the acclaimed Swedish crime author Helene Tursten, this season comprises adaptations from the Irene Huss novels as well as some original stories and investigations.

Blind Beast is a grotesque portrait of the bizarre relationship between a blind sculptor and his captive muse, adapted from a short story from Japan’s foremost master of the macabre, Edogawa Rampo (Horrors of Malformed Men, The Black Lizard, Caterpillar).

A psychological thriller about a teen girl new to town who is lured out to the woods by a group of senior boys to be the victim in their final initiation. Taught by her trainer, William, to be a lethal weapon, she turns the hunters into the hunted with a level of perversity far beyond anything they could have ever imagined.

Director Kim Jee-woon (A Bittersweet Life, I Saw The Devil) made his international reputation with this richly conceived, stylishly shot, and genuinely scary chiller, one of the key films of the Korean New Wave.

Daniel Johnston, manic-depressive genius singer/songwriter/artist is revealed in this portrait of madness, creativity and love.

Based on true events, 16 year-old Jamie falls in with his mother’s new boyfriend and his crowd of self-appointed neighborhood watchmen, a relationship that leads to a spree of torture and murder.

Inspired by the paranoid visions of John Frankenheimer’s The Manchurian Candidate and Seconds, the desert noir of Detour and the black and white widescreen beauty of Hiroshi Teshigahara’s The Face of Another and Woman of the Dunes, Suture is one of great feature debuts – by writer-directors David Siegel and Scott McGehee – and a truly unique piece of cinema. The wealthy and self-assured Vincent (Michael Harris) meets his blue collar half-brother Clay (Dennis Haysbert) at their father’s funeral and is struck by their similarity. He decides to murder Clay and take his identity, only Clay survives the assassination attempt with no memory and is mistaken for Vincent. The fact that Harris is white and Haysbert is black only complicates a film that probes into the nature of identity. After viewing an early rough cut, Steven Soderbergh came on board as executive producer and enthusiastic patron. Suture went on to become a hit on the festival circuit, including Sundance where it deservedly won the award for Best Cinematography.

Years after Europe was ravaged by the Maze virus, transforming people into cannibalistic monsters, a cure is finally found. In 75% of cases the treatment is successful but the cured remember everything they did while infected. Amongst them is Senan Browne (Sam Keeley), a man haunted by the memories of his actions. As he returns to the home of his brother’s widow, Abbie (Ellen Page), fear and suspicion threaten to plunge the world back into chaos.

A young woman is trapped in her apartment by her childhood imaginary friend, who has come back to haunt her.

A mother and daughter struggle to survive a deadly home invasion.

Evan values family above all else, and anyone who gets between him, his wife, and newborn son learns that the hard way. But when it comes to violent tendencies, it seems the apple doesn’t fall far from the tree.

Students at the police vice academy go out on the streets of L.A. and accumulate graduation points by trying to make small arrests.

Two rookie cops pose as strippers to get the drop on a villainess plotting to spike L.A.’s water with aphrodisiacs

Female inmates escape from prison and go on a series of robberies, and it’s up to the incompetent vice squad rookies to stop them.

Aliens chase a teenager who stole one of their ray guns.

An old movie theatre is forced to close after a series of bizarre murders take place. Decades later, the theatre reopens and it seems a bloodthirsty maniac has a ticket to the show…

When fresh faced Kevin (Tom Bartlett) gets hired as night security at an old film vault he thinks he’s in for an easy ride. But after being warned to steer clear of one mystery vault, Kevin just can’t contain his curiosity and accidentally unleashes a feral group of alien lifeforms that are ready to wreak havoc and are hungry for blood! First there was Gremlins, then there was Critters, now get ready for a new breed of creatures that are outta this world in Hobgoblins!

Prepare to be corrupted and depraved once more with this definitive guide to the Video Nasties phenomenon – one of the most extraordinary and scandalous eras in the history of British film.

Prepare to be corrupted and depraved once more in the sequel to the definitive guide to the Video Nasties phenomenon – the most extraordinary and scandalous era in the history of British film.

Bimba (Katell Laennec) lives in a gothic castle with her parents. However, when her mother dies under mysterious circumstances while involved in a seance, Bimba begins acting in increasingly strange and perverted ways. With her father at a loss for what to do, he invites a beautiful nun into the castle to try and get her under control. However the sister soon suspects that Bimba has become possessed by an insatiable, sex starved demon which will stop at nothing, including murder, to fulfill its depraved and unholy desires. From the warped and deranged mind of one of Italy’s foremost purveyors of top quality sleaze, Andrea Bianchi (Burial Ground, Strip Nude for Your Killer), comes one of the most shocking and blasphemous pieces of sexploitation cinema ever made: MALABIMBA. Co-starring Giancarlo Del Duca (Giallo A Venezia), Patricia Webley (Play Motel), and Mariangela Girodano (Patrick Still Lives).

While traveling to Australia, American detective Mike Harber (Ross Hagen) finds himself stranded in The Philippines and obliged to assist in solving the mysterious disappearance of a famous Jai alai athlete. After hearing from a witness that the man might have been kidnapped by a group of beautiful, hearse driving women, Mike quickly finds himself a new target of the Wonder Women, a group of martial arts fighting assassins who work for the mysterious Dr. Tsu (Nancy Kwan); an evil genius scientist who’s been collecting able-bodied men for use in her bizarre body part transplant experiments! Martial arts madness, dangerous chase scenes, insult-heavy dialogue, vague sci-fi twists, and a whole lot more nudity and violence than its very misleading PG rating would imply. Robert Vincent O’Neill’s WONDER WOMEN is a quintessential slice of early 70s drive-in craziness, featuring supporting performances from Roberta Collins, Sid Haig and Filipino exploitation stalwart Vic Diaz.

Beautiful Dee is implicated in a fatal liquor store shooting committed by her boyfriend. Sent to an all-female work camp, she quickly finds herself at the mercy of four other prisoners who force her into their daring escape plan. Once on the outside, the five fugitives embark on a brutal rampage across the countryside, while making their way to a mystery site rumoured to have a buried suitcase full of money. Director AC Stephen shoots this quick paced hybrid of action and sexploitation, from a screenplay by Ed Wood (who also appears in the film).

Phyllis Davis stars as Sugar, a fun loving traveler, who’s entrapped by a corrupt cop and sent to a female prison camp hidden deep in the tropical jungles of South America.

An Arrow subscription costs £4.99 a month or £49.99 a year. It is available on Roku, Apple TV, Fore TV, iOS and Android devices, as well as through web browsers at arrow-player.com. 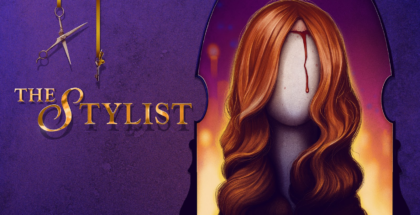 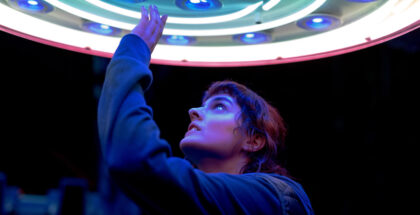