What's coming soon to Apple TV+ in March 2021? | Where to watch online in UK | How to stream legally | When it is available on digital | VODzilla.co

Apple TV+ is stepping up its streaming game this year, with a slew of new and returning originals confirmed for April and May – catch up with the latest news here. But that means there’s still a bit of wait for Apple’s next big series, with March instead dominated by the Russo brothers’ new film, Cherry. Fortunately, there are still weekly episodes of For All Mankind and Servant to fill in the gaps.

Cherry follows the wild journey of a disenfranchised young man from Ohio who meets the love of his life, only to risk losing her through a series of bad decisions and challenging life circumstances. Inspired by the best-selling novel of the same name, “Cherry” features Tom Holland in the title role as an unhinged character who drifts from dropping out of college to serving in Iraq as an Army medic and is only anchored by his one true love, Emily (Ciara Bravo). When Cherry returns home a war hero, he battles the demons of undiagnosed PTSD and spirals into drug addiction, surrounding himself with a menagerie of depraved misfits. Draining his finances, Cherry turns to bank robbing to fund his addiction, shattering his relationship with Emily along the way. Brought to the screen in bold, gritty fashion by visionary directors Anthony and Joe Russo, Cherry is a darkly humorous, unflinching coming-of-age story of a man on a universal quest for purpose and human connection.

For All Mankind: Season 2 – Weekly

For All Mankind picks up a decade on from Season 1. It’s the height of the Cold War and tensions between the United States and the USSR are at their peak. Ronald Reagan is president and the greater ambitions of science and space exploration are at threat of being squandered as the US and Soviets go head-to-head to control sites rich in resources on the moon.

Written and created by Tony Basgallop and exec-produced and directed by M Night Shyamalan, this psychological thriller follows a Philadelphia couple in mourning after an unspeakable tragedy creates a rift in their marriage and opens the door for a mysterious force to enter their home. Lauren Ambrose stars as Dorothy, a mother who hires a young nanny to help care for their newborn child. Toby Kebbell co-stars as her husband, Sean, and Nell Tiger Free stars as Leanne, the nanny. Rupert Grint also stars as Dorothy’s younger brother, Julian. Season 2 immerses us back in a family divided by belief, by loss, by suspicion and by where they draw the line of how far is too far. Episodes arrive weekly.

Halle Berry to star in Netflix’s The Mothership 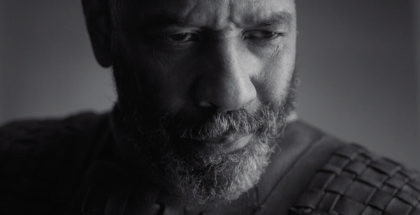