Why you should be watching Clarkson’s Farm 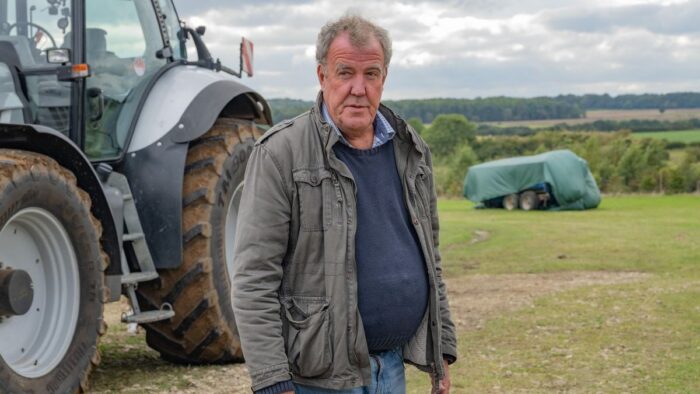 “How hard can it be?” Those are the famous last words of Jeremy Clarkson as he decides to run a farm, and be filmed while doing it. The result? Clarkson’s Farm, a TV show that sounds like a terrible idea, but turns out to be possibly the best thing the former Top Gear presenter has ever done.

A large part of that is because it is, in fact, the worst decision Clarkson has ever made, as running a farm turns out to be much harder than anyone might imagine – Clarkson included. And while the motoring enthusiast has built a career and persona out of being a blustering, superior, politically incorrect oaf, he’s actually at his best when he’s on the back foot; rather than being encouraged by James May and Richard Hammond like a school bully with a fancy set of wheels, Clarkson’s Farm sees him closer to when he’s hosting Who Wants to Be a Millionaire?, as he openly admits the limits of his knowledge and experience – and, every time he tries to do anything or open his mouth, someone or something else puts him in his place.

That includes his long-suffering girlfriend, Lisa, who isn’t afraid to call him out on every problematic thing he does, while also taking the potential of a farm shop to be a part of this enterprise that can be hers. It also includes “cheerful Charlie”, the land manager who spells out the harsh realities that Clarkson needs to hear, from legal requirements to the costs needed for essential farm equipment – and has little patience for Clarkson’s go-your-own-way attitude. But the star of the show is Caleb, a 21-year-old Cotswold local, who may balk at Clarkson’s globe-trotting antics but is also happy to live in his own boundaries. He’s refreshingly confident in who he is, where he is and what he knows, which means that he has the authority to tell Clarkson what he’s done wrong, the patience to teach him how to plough fields and do other tasks, the kind-hearted compassion to want the farm to succeed and the tenacity to put in the work needed.

The show is at its best when Clarkson and Caleb are on screen together, their odd couple dynamic immediately more electric and more genuine than any of the banter that defined Clarkson’s term on Top Gear. And, underneath it all, is the surprising warmth and sincerity that exudes from this older, quieter Clarkson, who is prepared to learn from others, willing to acknowledge the very serious concerns facing the agricultural industry (he makes a total profit of £45 from a year of farming), and – in the rare instance when something does go right – not above showing childlike excitement. “I did a thing!” he cries, as if nobody’s watching. Fortunately, we are – and will be for the already-confirmed second season.

Clarkson’s Farm is available to watch online on Amazon Prime Video as part of a Prime membership or a £5.99 monthly subscription.

Amazon acquires After We Fell and After Ever Happy