Why Sally4Ever should be your next box set

Warning: This programme is only suitable for adults, or people with ab extremely disturbed moral compass.

“I’m gonna have a biccie and then I thought we could have some intercourse.” That’s the proposition made by David (Alex Macqueen) to his partner, Sally (Catherine Shepherd), in Sally4Ever. The prospect of the man dubbed “Blind Voldemort” by In the Loop making the world’s most boring sexual advances is simultaneously hilarious and horrible – and that sets the tone for Julia Davis’ delightfully depraved comedy, which digs into love, lust and identity with its claws out and bodily fluids all over the place.

Needless to say, Sally and David don’t have much of a future – something that Macqueen makes brilliantly clear in the opening episode, as he piles on the pathetic pleas with a sickening obsequiousness. But their wonderfully squirm-inducing interactions are nothing compared to what awaits Sally, who finds herself embarking on a wild affair with Emma, an actress and singer. And a poet. And also an author. Oh, and a songwriter.

Played by Julia Davis without any inhibition whatsoever, she’s a jaw-droppingly terrible person, something that only becomes apparent the more time we – and Sally – spend with her. Starting off as seductive, kooky and unique, she emerges as a manipulative, self-centred whirlwind of lies, presenting herself as a different person to everyone she meets to make sure that they like her. Sinking her hooks into Sally, the result is a disastrous relationship that engulfs our protagonist, as she politely goes along with each new bad suggestion.

Catherine Shepherd is fantastic as the put-upon marketing employee who’s about to be promoted. She’s endearingly normal, comfortably kind and gently undemanding – the exact opposite of Davis’ Emma, who steals every scene with a louder-than-life persona that blends Kristen Wigg’s don’t-make-me-sing party popper with Alan Partridge’s love of an all-you-can-eat buffet.

That, in itself, would make for an exquisitely awkward bit of telly, but Sally4Ever uses that framework to craft no end of imaginatively excruciating comedy scenarios. Scenes feature everyone from Julian Barratt and Mark Gatiss to Steve Oram and Joanna Scanlan, as we see Sally’s work environment respond to this dangerous new relationship – a relationship that ultimately leads her and Emma to a getaway resort where the guests include Sean Bean as, well, Sean Bean. The series brings a dark, surprising twist to such traditional set-ups as dinner parties that lead to marital affairs, therapist sessions that go awry and unrequited office romances that open doors for unexpected feelings.

The result is howlingly funny, even as much as it is agonisingly crude – by the time you’re watching someone projectile vomit over someone else in bed, it’s too late to turn back, and Davis knows it, turning her disturbing streak up to 11 for as long as she can get away with it. Endlessly quotable and easily binged in five side-splitting, conscience-troubling hours, Sally4Ever is one of the greatest worst programmes of 2018; you’ll feel worse for watching it – in the best possible way.

Sally4Ever is available on Sky Box Sets. Don’t have Sky? You can also stream it on NOW TV, as part of a £7.99 Entertainment Month Pass subscription – with a 7-day free trial. 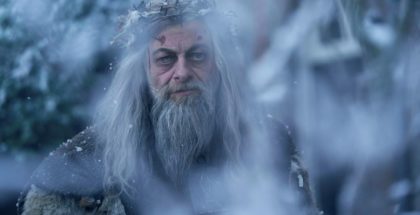