Why Firefly is the greatest TV show of all time | VODzilla.co | Where to watch online in UK

Why Firefly is the greatest TV show of all time

Back in 2002, long before Avengers assembled and cabins were in woods, Joss Whedon took a break from dusting vampires and began a cult following that spread across the ether – on the internet, through word of mouth and DVD rentals. It had to, because Firefly was originally aired out of order by Fox. And then cancelled 11 episodes into the first season.

How has it garnered such a large and devoted fanbase despite dying a broadcast death? Four reasons: the set-up, the characters, the stories and the quippage.

Firefly is a dirty, grimy, barely-running piece of sci-fi, with a final frontier more akin to the American West than Star Trek. Set 500 years in the future, humans have colonised another star system, which is ruled by the Alliance. They have taken full control of the prosperous inner planets, leaving prairie-like settlements to fend for themselves on the outskirts.

This is where we find the ship Serenity, captained by war hero-turned-smuggler Mal Reynolds (Nathan Fillion). Imagine a backwards Star Wars (the Independents lost a rebellion to the Alliance), then picture a jaded Han Solo in a brown coat and you’ll not go far wrong.

Gina Torres plays Zoe, Reynolds’ second in command, a fellow veteran. She is married to light-hearted pilot Hoban “Wash” Washburne, played by Alan Tudyk, and joined by the adorably genuine mechanic Kaylee (Jewel Staite) and the morally ambiguous mercenary Jayne Cobb (Adam Baldwin). Travelling on Serenity too are “companion” Inara (Morena Baccharin), whose business gives the ship some shade of legitimacy, the enigmatic shepherd Book (Ron Glass), who brings some degree of moral guidance – and, most important of all, brother and sister Simon and River (Sean Maher and Summer Glau), who are on the run from the Alliance.

The story arcs were clearly intended to stretch across several seasons – Why are the Alliance so interested in River’s brain? Who was Book before he settled down on Serenity? – but the episodes are smaller in scale, focusing primarily on keeping the ship running (by means legal and illegal). Mal, of course, is not beyond a bit of stealing and the West’s wilder planets aren’t exactly policed.

Has it really been 15 years since a little sci fi show that couldn’t, did? I would be hard pressed to list all the ways in which Firefly has changed, blessed, pushed, lifted, and humbled me. I made my closest friends there, and even lost one along the way. I’ve often said that Firefly is close to my heart, but I think more accurately, my heart still lives there. But, there’s no place I’d rather be- you know how it goes. For those of you in the fold, a knowing nod between us. For those that are not- we’ll see you soon enough. #Browncoats

Since its ignominious treatment at the hands of Fox, fans of the show have taken these characters to their hearts, pushing for more of Whedon’s beautifully realised world and its witty writing, which sees the ensemble swear in Mandarin and use words like “shiny”. Their dedication has put DVDs of Firefly onto the International Space Station – how many other TV shows can say that?

In 2005, Universal studios released Serenity, a follow-up to Firefly that covered some of the questions left unanswered by the series. It was a box office flop, but like Firefly, it inspires a devoted following that is still growing. Maybe the series wouldn’t be so well thought of if it hadn’t been so brutally culled. Maybe the envisioned seven seasons would not have lived up to the promise of the first. We’ll never know. But free from any spin-offs or drawn out conclusions, these 11 episodes are perfect.

After all, we’ll always have Alan Tudyk.

Firefly: Season 1 is available to watch online on Amazon Prime Video as part of a £5.99 monthly subscription.

Where can I buy or rent Firefly: Season 1 online in the UK?

Why Breaking Bad is the greatest TV show of all time 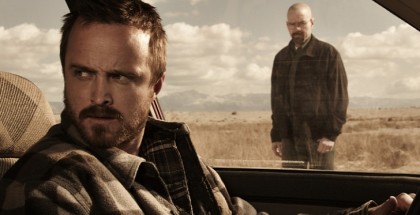