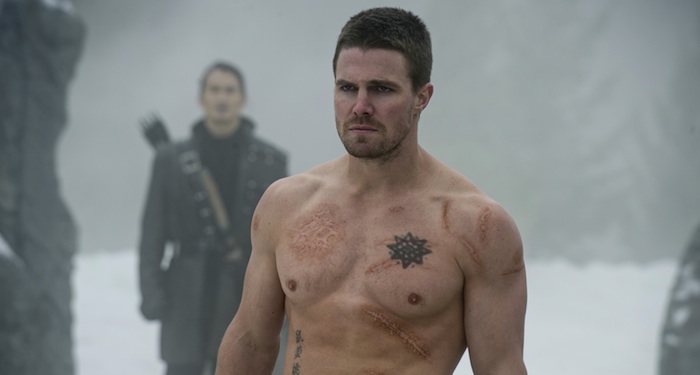 A terrific mid-season finale that delivers everything fans could have hoped for.

Well, that was one HELL of a mid-season finale. Top that, any other show on television right now. That’s right, you can’t.

After all the complaints about Arrow’s third season lacking momentum and having no clear sense of direction (dragging its feet on Sara’s murder, only showing us the tiniest glimpse of supposed Big Bad Ra’s al Ghul), it turned out that they were simply saving it all up for episode 9, a genuinely thrilling mid-season finale that managed to both solve a murder mystery and deliver the mother of all cliff-hangers, while also moving some key sub-plot elements into place, ratcheting up the emotional stakes for Oliver and co. and busting out some top-notch action sequences to boot.

The plot kicked off with Team Arrow being given 48 hours by the League of Assassins to turn over Sara’s killer or face the consequences. When some investigating revealed that Thea had lied about her whereabouts on the night of Sara’s death and that she and Malcolm Merlyn had been in Starling City that night after all, an understandably pissed off Oliver suited up, kicked her window in and tried to question her, only to discover that his little sister had somehow picked up some kick-ass fighting skills – Oliver’s expression at that point was priceless and the fact that the costume department had Thea fighting in baggy MC Hammer trousers was the icing on the cake.

With his secret now out, Malcolm wastes no time in laying out his entire master plan for Oliver, in true super-villain fashion. He hands him a video that clearly shows Thea killing Sara (although there was a nice fake-out earlier when Felicity discovered Oliver’s DNA on the murder weapon) and tells him that she has no memory of the murder, since he mind-controlled her using a memory-altering plant or something. He then tells Oliver that he intends to hand Thea over to the League as Sara’s killer, thereby getting himself off the hook. Since Thea is Oliver’s last remaining family member, he really has no choice but to fight in her stead, so he agrees to submit to a duel to the death with Ra’s al Ghul.

That climactic fight leads to both one of the best action sequences of the season so far, complete with some nice fan-base pandering – “Remove your shirt. This is custom.” – and a fabulous, jaw-dropping cliff-hanger for the mid-season break in which Oliver is stabbed through the chest, sliced near the neck and kicked off a cliff. Wow.

On top of that, the reveal of Thea as the killer delivers a powerful punch and plants a couple of juicy time-bombs for the episodes to come, namely a) Thea discovering that she killed Sara under Malcolm’s command, and b) Laurel discovering that Thea killed Sara. It also gives Oliver another stick to beat himself with, guilt-wise, and some tasty soap opera material to play with in the future, given that, on a basic level, his sister murdered his ex-girlfriend.

Elsewhere, all the other Arrow sub-plots took satisfying steps forward. Laurel told her mother (Alex Kingston making a welcome return as Dinah Lance) that Sara was dead, whereupon Dinah unexpectedly urged her daughter to avenge Sara’s death. Given that we know Laurel has been training offscreen with Ted for several weeks now, coupled with the fact that Oliver presumably won’t be around much in the next episode (not to mention the released promotional pictures of her in the Black Canary suit), it’s safe to say that Laurel’s debut as a costumed crime-fighter is pretty much imminent. What’s interesting is that her vow of revenge puts her on a collision course with Thea, who, let’s not forget, is now more than capable of holding her own in a punch-up.

As for Felicity, the show threw a nice bone to a certain section of its audience, by having Oliver tell Felicity that he loves her before heading off to his certain death. She, of course, is now moving into relationship territory with Ray Palmer and we got some huge steps forward there too, with Ray telling Felicity that the traumatic death of his wife at the hands of Slade Wilson’s Mirakuru-enhanced goons inspired him to both save the city and create the potentially crime-fighting A.T.O.M. suit. (Felicity’s brilliantly delivered reaction: “Why does this keep happening to me?”)

This raises the very exciting possibility that Black Canary, The Atom (or A.T.O.M.) and Red Arrow / Arsenal will all team up to protect the citizens of Starling City in the Arrow’s absence.

Speaking of poor old Roy, he didn’t get much to do this week, although there has apparently been a promise from the producers of more Roy action when Season 3 returns, so good news for you, Roy fans! (Personally, I hope they lighten him up a bit, since his interactions with The Flash’s supporting cast last week proved that he’s capable of it.)

The other element that finally clicked into place, at least partially, was Flashback City. It was a nice reveal to have Maseo show up as one of Ra’s al Ghul’s assassins and it also foreshadowed something horrible happening to his family. We got a taste of that in the flashback too, with Tatsu disappearing after a kick-ass fight with China White, during which she fulfilled her comics-ordained destiny by fighting with katana swords. What’s particularly interesting is the ambiguous light that this casts on Ra’s League of Assassins – if both Sara and Maseo (both of whom were / are good-hearted characters) could find a home there, is the League truly evil? Hopefully there’s a lot more backstory to come there.

So what’s next for Arrow? Clearly, the producers haven’t killed off their lead character, but we wouldn’t be surprised if Stephen Amell was absent for at least an episode or two when the season returns. We’ve speculated about other heroes stepping into the crime-fighting void left by his absence in Starling City, but just how are they intending to get Oliver out of the whole pushed—off-a-cliff thing? One clue could be in Ra’s remark about not having been challenged to trial by combat in 67 years – that would seem to more or less confirm the existence of the Lazarus Pits (a comic book staple) and it seems likely that Oliver is due to take a dip in the Pits in the very near future. As to the question of who helps him come back to life, as it were, that remains to be seen.

All in all, this was a terrific mid-season finale that delivered everything fans could have hoped for and left them desperate to see the next episode. Indeed, the episode was so good that it could easily have been the actual season finale – either way, the production team will have their work cut out for them if they’re going to try and top that in 13 episodes’ time.

What’s on TV this Christmas? 2014 TV highlights (and where to catch up on VOD) 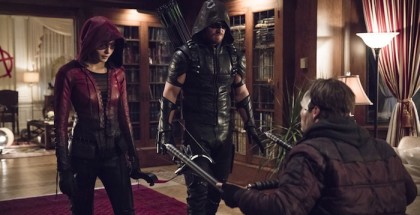 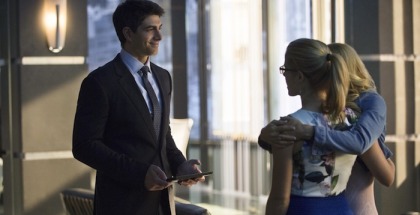 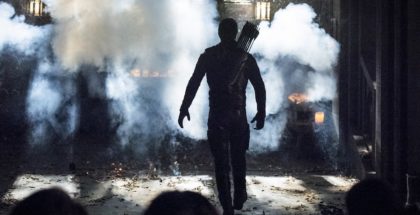 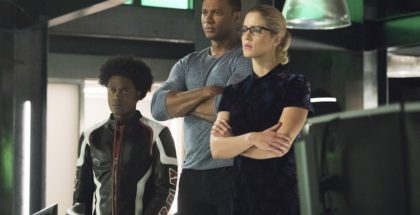