VOD review: Game of Thrones Season 4 Episode 5 (The First of His Name) | Where to watch online in UK | How to stream legally | When it is available on digital | VODzilla.co

VOD review: Game of Thrones Season 4 Episode 5 (The First of His Name)

The first thing eagle-eyed viewers will notice about The First of His Name is the absence of Peter Dinklage from the opening credits. But Episode 5 does well, despite not featuring the audience’s favourite character.

The title refers to King Tommen’s coronation. Cersei, in a break from her normal petulance, has what appears to be an honest talk with Margaery Tyrell. Her hysteria has calmed somewhat; she still wants Tyrion’s head, but she knows how crucial the union between the Tyrells and the Lannisters is. Margaery, still new to the game, shows herself to be a willing player; she claims not to have thought of still becoming Queen through marriage to Tommen. In an admission one would not expect from Cersei, she confesses that she was scared of Joffrey, his cruelty shocked her and he would have been a malicious husband to Margaery. Tommen’s good nature, on the other hand, may make him the most worthy man to sit on the throne in decades.

Cersei’s people skills get put to a lot of use in this episode, as she attempts to sway the judges in Tyrion’s upcoming trial. First with Tywin, who sees what she is attempting, and then with Oberyn Martell, very much playing on the love that the Viper had for his murdered sister Elia and his beloved daughters. Headey’s level-headed performance reminds the audience that she is more that just a hysterical mother, that she is very much committed to the family’s (and her own) ambition.

The absolute requirement for the alliance between the Tyrells and the Lanmisters is spelled out in this episode by Tywin. Contrary to popular belief, Lannisters do not poop gold. King Robert was a prodigious spender and the fabled Lannister gold mines have been empty for years. The war has been expensive and they owe much to the Iron Bank of Braavos. The Tyrells therefore need to be controlled, or at least bargained with, and the easiest way to do this is to put Margaery on the throne. “You don’t need to make formal alliances with people you trust,” says Charles Dance, imperiously. Natalie Dormer, meanwhile, brilliantly manages to balance Margaery’s duality of skilled manipulator and a more wholesome exterior.

In Slaver’s Bay, Danaerys hears that both Astapor and Yunkai have fallen and been re-enslaved, undoing all her good work. She is resolved that the same thing will not happen in Meereen. She is learning that invading and freeing a city is one thing, but ruling a nation is another. She is concerned that should she return to Westeros now with her army, taking King’s Landing and controlling the seven kingdoms would be entirely different prospects. Unlike Cersei, she needs to gain an understanding of politics before she makes her move for the Iron Throne.

This week’s brutality quota is filled with Jon Snow’s assault on Craster’s Keep. Locke, the new member of the Watch who was so keen to fight alongside Jon, seems to have other motives; he doesn’t reveal that Bran is being held prisoner. He has plans of his own for the young Stark. Bran’s powers are becoming stronger, though. Whether this is because he is moving north or because his use of it is improving is unclear, but he doesn’t hesitate to use it when Locke attacks them; his sudden possession of Hodor is as successful in killing Burn Gorman’s villain as it is disturbing.

One of the most stirring revelations, though, is about Littlefinger, the wonderful and devious Aiden Gillen. (Thankfully, his accent has stopped wandering around so much.) Sansa has been brought to the home of her aunt Lysa in the Vale of Arryn (looking an awful lot like Thingvellir national park). Lysa and Petyr are to marry, a fact about which Lysa is ecstatic. But she is a jealous woman, wary of Petyr’s attentions to Sansa – the daughter of the woman (Cat) with whom Baelish has always been so obsessed.

Kate Dickie does a fantastic job of swinging between devoted mother and unhinged jealous lover. It seems unlikely that Lysa will tolerate this arrangement for long, even if Sansa is disguised at Littlefinger’s bastard daughter. Indeed, Lysa reveals that Petyr persuaded her to poison her own husband, Jon Arryn, the events that led to Ned Stark being in King’s Landing in Season 1. Add to this that his betrayal led to Ned’s eventual execution, the start of the war, and – of course – the death of Joffrey and Littlefinger is arguably the most influential person in Westeros. Only Varys pulls strings with his level of expertis. While Varys’ motives are very much oriented around returning the throne to the Tagaryens, Littlefinger seems to thrive on chaos; he may not wish to be king, but he certainly has a lust for power and money. The disorder his manipulations cause do much to obscure his real motives. Why start the war? Why save Sansa? Why kill Joffrey? (Not that we’re not grateful for the last one, you understand.)

While The First of His Name appears merely a Point A to Point B exercise for many of the cast members – it’s like we are currently waiting for the next big event – many are evolving as they move. Arya, for example, hasn’t forgotten her vengeance, and it is made clear that The Hound is still on her list. It feels very much as though a fuse has been lit and things have been set in motion. As a result, even this methodical joining of dots is gripping to watch. You almost don’t miss Tyrion at all.

Where you can stream Game of Thrones online? For more information, click here. 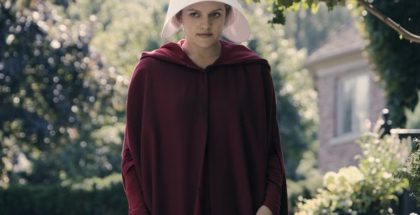 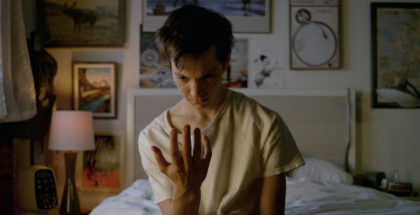 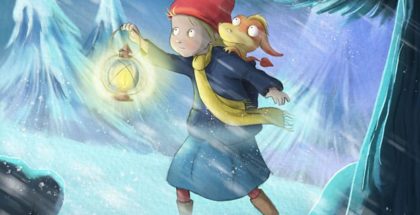 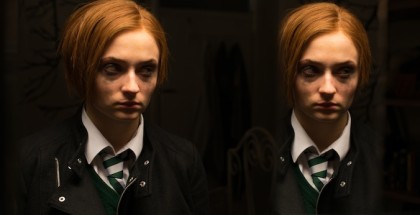