VOD film review: The Wall | VODzilla.co | Where to watch online in UK 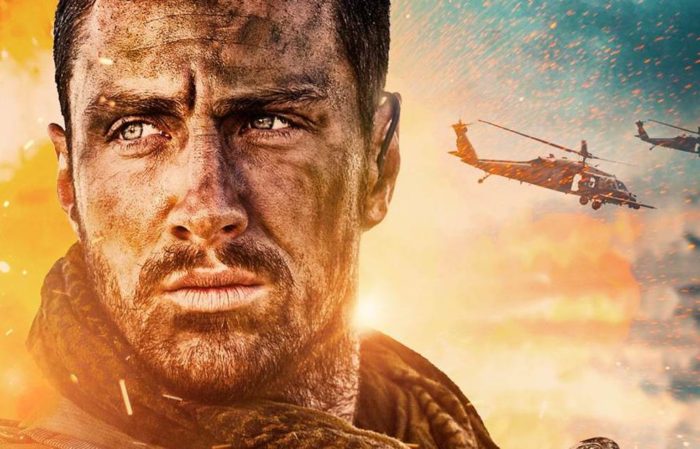 From Manchester by the Sea and The City of Z to The Big Sick and City of Ghosts, Amazon Studios’ slate of feature films is nothing if not diverse. Even so, The Wall is an intriguing, unexpected addition to the line-up. A stripped-down, low-budget thriller, it’s the kind of project you expect an indie filmmaker to produce on their own, not a corporate giant looking to flex its cinematic muscles. But that lean-and-mean approach pays off in mostly original dividends.

Aaron Taylor-Johnson stars as Sergeant Allen Isaac, who is on duty in Iraq when he goes to examine a pipeline construction site with Sergeant Shane Matthews (John Cena). Matthews, though, is shot by an unseen sniper, leaving Isaacs pinned behind a crumbling wall, trying to work out where his assailant is – and how he can get out alive.

It’s the kind of single-location scenario that can expose a bad film very quickly, but The Wall is smart to stick to the rules, introducing that crucial element early on: a mysterious voice on the end of a telephone. That, of course, is the enemy shooter, and what follows is a game of wits and hushed threats, as each one attempts work out the other’s location and motivation.

Taylor-Johnson impresses in what is almost a one-man show, bringing enough energy to drive the narrative along and managing to balance sympathy with fear, despite not being able to move. Doug Liman, who most recently gave us Edge of Tomorrow, brings a searing intensity to his close-ups, keeping the pace up so that the 90-minute runtime flies by. Dwain Worrell’s script, meanwhile, has just enough surprises to keep things varied.

There’s a feeling that the film never quite reaches its full potential – Worrell sticks more to one-on-one mind games than examining the need for American military presence in Iraq in 2007, despite some questions probing such provocative territory, but the final act finds real suspense and shocks, as Liman pulls the budgetary stops out for a gripping conclusion. The result isn’t a classic war film, but it’s an original one – exactly the kind of promising exercise that would announce a young new filmmaker on the scene. Perhaps it’s the right movie for Amazon Studios to make after all.