VOD film review: The Rhythm Section | Where to watch online in UK | How to stream legally | When it is available on digital | VODzilla.co

Blake Lively is excellent in this deliberately dour action thriller.

From Halt and Catch Fire to Billions and The Handmaid’s Tale, Reed Morano has emerged as one of the more interesting storytelling voices working in TV today. Her feature directorial debut, then, came with a drum roll of anticipation, but The Rhythm Section is a film that doesn’t quite find its groove.

The movie follows Steph, a young woman who lost her family in a plane crash. Suffering from addiction and making a living as a sex worker, she finds her routine interrupted by a journalist who tells her that the accident that killed her parents wasn’t really an accident at all. Following a lead from his notes, she finds her way to the remote Scottish home of the mysterious “B” (Jude Law), who trains her to achieve her goal of revenge against the sinister people responsible.

That goal mostly involves tracking down one mark, who leads to another and, in turn, leads to another, and so what unfolds becomes a disappointingly predictable cycle of assassin set pieces. But while the script by Mark Burnell, based on his novel of the same name, is happy to plod through routine beats, there’s much to be said for the unconventional nature of those set pieces – a car chase in particularly is crunchingly realistic, thanks to Morano’s decision to film the whole thing from the passenger seat.

Black Lively is fantastic, and it’s nice to see her given a rare leading role, but the cast overall aren’t given much to work with, and that lack of depth – and absence of any levity – means that even the odd visual flourish doesn’t elevate the film high enough to meet expectations. Instead, we’re invited to watch as these figures move through a grimy world that studiously avoids glossy action thrills in favour of something grimly plausible. A punch-up between Law and Lively in a tiny kitchen is impressively low-key, but the tone is so dour that it feels, if anything, a little too realistic. Technically, the visual storytelling is shrewd, but that doesn’t necessarily mean it’s fun to watch.

The Rhythm Section is available on Netflix UK, as part of an £9.99 monthly subscription.

Where can I buy or rent The Rhythm Section online in the UK? 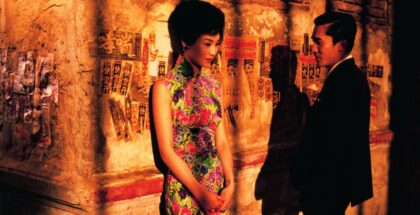