VOD film review: The Post | Where to watch online in UK | How to stream legally | When it is available on digital | VODzilla.co

Spielberg's gripping thriller about the importance of a free press is understated, but its relevance is deafening.

Meryl Streep. Tom Hanks. Steven Spielberg. The star names behind The Post are more than enough to make newspaper headlines in their own right, but the strength of Spielberg’s latest is that it questions the very nature of those headlines in the first place – it may be set in the 70s, but at a time when a celebrity is running the White House and clickbait articles have overrun the media in a desperate quest for online traffic, The Post feels striking pertinent and overwhelmingly important.

It follows the Pentagon Papers, a large collection of classified documents leaked by someone inside the US Department of Defence, which exposed the US government for lying to the public about the Vietnam War. The New York Times printed those, earning an injunction against the publication. Enter the Washington Post, which is juggling both a need to step up its credentials as a serious newspaper and maintain its status as a respectable one, just as it’s wooing investors. For Editor Ben Bradlee (Tom Hanks), the answer is simple: pick up the Pentagon trail and go hell for leather in covering a matter of public interest. For owner Katharine Graham (Meryl Streep), the solution is more complex: if they do publish the papers, they risk their own legal battle and losing both financial backers and friends in high places.

Streep is magnetic in her understated performance, matched by an equally underplaying Tom Hanks, who is enjoying himself as the gung-ho Bradlee. Spielberg’s cameras swoops behind them through the news desks, but The Post works because it’s all so unassuming, taking its lead from the muted colours of the gorgeously authentic production design. Shot quickly after Ready Player One, the nearest this comes to blockbuster set pieces are the loving shots of the printing presses in rapid, mechanical action. DoP Janusz Kaminski occasionally gets a little too carried away with his signature hazy, glowing lights, but the majority of the movie carries a clean, quick tone and look, as we watch an ensemble of impressive talent (including Bob Odenkirk, Jesse Plemons, Michael Stuhlbarg and Bradley Whitford) racing through unflashy newsrooms lit cheaply from above.

Throughout, Liz Hannah and Josh Singer’s script perfectly balances the personal and political tension, turning a national dilemma into one that’s achingly intimate: they repeatedly place Graham in rooms full of men, talking over her and telling her what to do. It turns this old-fashioned thriller into a low-key tale of a woman finding her voice and standing up to everyone from board member Fritz Beebe (Tracy Letts, bringing just the right amount of conflict) to Secretary of Defence Robert McNamara (a delightfully bullish Bruce Greenwood).

It’s enough to give The Post’s period setting a topical edge, as well as Streep something meaty to sink her teeth into. The subject matter alone, though, makes for lip-smackingly contemporary cinema, as Spielberg composes a rallying call for the need of a free press – a gripping demonstration that when those running the country are not being honest or acting in the people’s interest, journalism’s duty is to hold that power to account. It’s an optimistic reminder that such a thing is possible, released at a time when fact-checking and truth are enjoying a resurgence in the face of the White House’s cries of “fake news”. The result plays like a prequel to All the President’s Men, one that’s as inspiring and vital as Alan J Pakula’s classic – and equally as nail-biting, right up to the final frames, which hint at the Watergate scandal (and subsequent Presidential impeachment) to come. The Post may be understated, but its relevance is deafening.

Where can I buy or rent The Post online in the UK? 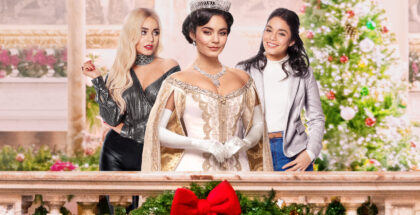