VOD film review: That Summer | VODzilla.co | Where to watch online in UK

This prequel to the landmark documentary Grey Gardens is an intriguing curio of behind-the-scenes footage.

The idea of a documentary getting a prequel is a strange one – unless, perhaps, that documentary is Grey Gardens. The 1975 film is a classic of the form, with Albert and David Maysles managing to capture the strange world of the Bouvier Beales – Big Edie and Little Edie, the aunt and first cousin of Jackie Kennedy – in all its natural eccentricity.

How on earth does one build up enough trust with one’s subject to get such an unfettered, candid portrait of real life? How did the filmmakers come across cinema’s oddest odd couple in the first place? And were the Edies really like that away from the cameras? That Summer answers all of those questions, almost effortlessly, as it assembles a treasure trove of unseen archive footage that takes us behind-the-scenes on that landmark documentary. It’s part-prequel, and part-making of, a fact that makes That Summer a unique project, albeit one with uniquely niche appeal.

That’s the biggest weakness of the movie, which will fascinate those familiar with Grey Gardens and bewilder those who have never crossed the estate’s threshold. It follows Lee Radziwill (sister of Jackie Kennedy), who set up the project with her then boyfriend, Peter Beard. He introduced the Beales to Maysles, with Lee hoping that the filming of her relatives would enable her to restore their estate for them. But it also gives us an window into the group of creative types that became connected in Montauk, where Beard was the next door neighbour of none other than Andy Warhol.

Warhol shot some of the video, but we also catch a glimpse of the Maysles brothers as they work to win the trust of the Beatles. What’s curious is that what we see never made it into the final version of Grey Gardens, which was filmed later. With little context or explanation given here, though, you wonder whereabouts the line between direction begins and merely pressing play on this B-roll footage begins. If you’ve seen the original Grey Gardens, this array of bizarre answers without questions will intrigue. If not, this will only leave you choosing to watch the original instead. Indeed, it’s telling that the highlight of That Summer is simply seeing the Beales in action, as they witter away in borderline nonsensical conversations in their secluded estate, surrounded by a faded glamour that is slowly falling into decay. Even when the cameras don’t seem to be looking, that unknowing double act is like watching characters from Dickens come to life. 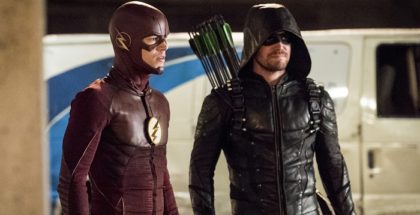