VOD film review: The LEGO Movie 2: The Second Part | Where to watch online in UK | How to stream legally | When it is available on digital | VODzilla.co 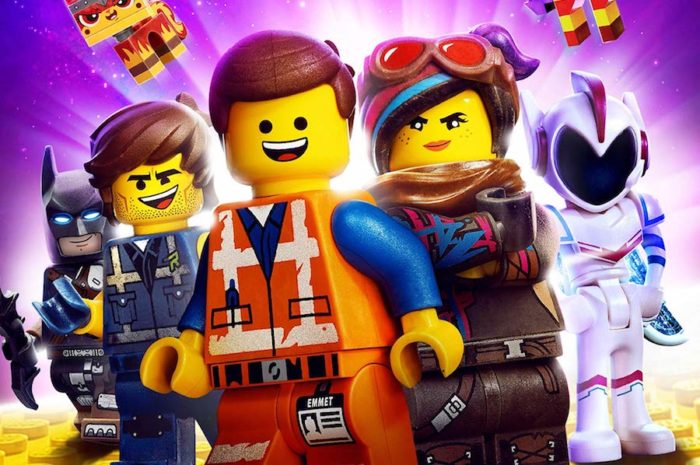 Balancing catchy songs with existential drama, this sequel’s gonna get stuck inside your head.

As masters of turning bad ideas into hit movies, Phil Lord and Christopher Miller gave Warner Bros’ then-fledgling animation division a boundless franchise playground with 2014’s The LEGO Movie. Although Mike Mitchell takes the director’s chair this time around, they’ve also provided a doozy of a screenplay for The LEGO Movie 2, using that unlimited potential to tell a very silly story that only builds in value the more you think about it.

The sequel picks up five years after the arrival of the Duplo monsters at the end of the previous film. The people of Bricksburg, including Emmet (Chris Pratt), Lucy (Elizabeth Banks), and Batman (Will Arnett), have adapted to a Mad Max: Fury Road-inspired wasteland called Apocalypseburg. A one character puts it: “Everything is not awesome.”

But the monotony is rudely interrupted by a mini-fig known as General Mayhem (Stephanie Beatriz), who takes Emmet’s friends prisoner in the name of Queen Watevra Wa’Nabi (Tiffany Haddish), the shapeshifting ruler of the Systar System. Hitching a lift from galaxy-defending raptor-training cowboy Rex Dangervest, Emmet is tasked with rescuing his friends and averting “Armamageddon”.

Appreciating that the older audience may be out in front of the real-world implications of the story, following the big unexpected twist in the first film, The LEGO Movie 2 makes the interaction between young siblings Finn (Jadon Sand) and Bianca (Brooklynn Prince) pivotal to the story this time around, as their mother (Maya Rudolph) puts her foot down and insists that if they can’t play nice, they won’t get to play at all.

Operating on multiple levels of reality, Lord and Miller compensate for the missing element of surprise by making the sequel all the more complex, eventually implying that there’s a question of who is controlling who. If that sounds a bit lofty for a children’s franchise movie, then have no fear – while this doesn’t match the first one for sheer toy box fun, it’s perfectly enjoyable as a colourful, characterful outer-space musical. It just happens to use its surreal animated universe as a platform to make a timely point about toxic masculinity too.

Yes, this is absolutely a film in which the stakes for Batman (who is once again the funniest character) involve his deathly fear of commitment to a shape-shifting alien unicorn (and worse, a GIRL), even though she actually seems to “get” him. But it also takes on the challenge of debugging that mentality without forsaking any laughs in the process and that feels like something that will be really valuable to young audiences in the years to come.

More obviously, the character of Rex initially seems to be a meta-joke too far, parodying the sort of characters that Chris Pratt usually plays, but winds up having a more crucial role in the development of both Finn and his “Special” LEGO avatar, Emmet. Amid all of the more hyperactive action going on, this sequel is slightly more prescriptive in its approach to playtime as a metaphor for real life, but it’s saying stuff that needs to be said.

And hey, if that’s not for you, this is still comfortably the best LEGO movie since the first one. In addition to the reliable returning voice cast, there are perfectly pitched turns from Haddish, Beatriz, Richard Ayoade, Ben Schwartz, and a certain action movie star whose brief, gloriously random cameo stands as his best work in years.

What’s more, there’s a whole bunch of “Everything Is Awesome”-grade earworms on the soundtrack. Most insidiously of all, it gives us Catchy Song, a knowing follow-up whose only lyric is “This song’s gonna get stuck inside your head”, but for our money, the end credits song Super Cool is the real banger.

If The LEGO Movie 2 were just colourful capers and catchy songs, it would be good enough, but it’s all the more impressive for trying to do more. If our culture didn’t have the problems that the film so deftly pinpoints, it wouldn’t have to do nearly this much heavy lifting, but it’s admirable that the filmmakers have put their backs into it rather than resting on their laurels. This movie’s gonna get stuck inside your head.

The LEGO Movie 2: The Second Part is available on Netflix UK, as part of an £9.99 monthly subscription.

Where can I buy or rent The LEGO Movie 2: The Second Part online in the UK? 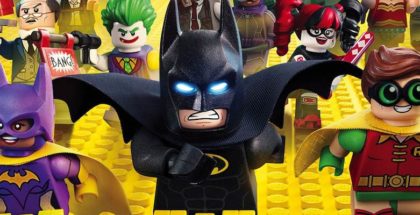