Every few years, a sci-fi gem comes along that is misunderstood by audiences and only becomes truly appreciated years later. Passengers is not that film. It could almost be that film, were it not for its ending. And its beginning. And most of what takes place between them.

The sweeping, starry romance is borne out of an almost flawless concept: put Chris Pratt and Jennifer Lawrence on a spaceship together and watch them fall in love. The only catch? The ship is an ark, ferrying 5,000 souls suspended in hibernation to a new off-world colony. When Jim (Pratt) wakes up from hypersleep, he’s ready for the shuttle’s arrival, but there’s been a malfunction: he’s been woken up early, and they won’t reach their destination for another 90 years.

Jon Spaight’s script doesn’t shy away from the grief of his life being taken away from him – and, likewise, it follows his shifting mood, as Jim dives into the fun possibilities opened up by a luxury cruiser with nobody to tell him what to do. The sight of him competing in hologram dance-offs is inevitably entertaining, plus there’s a nice line in social satire, as Jim’s engineer status means that he can’t afford the fancy coffee from the coffee machine. He can, however, chat to the automated barman, Arthur (played to robotic, The Shining-esque perfection by Michael Sheen), which only serves to highlight his loneliness.

So when Aurora (Jennifer Lawrence) is also kicked out of her pod early, Jim’s relief is palpable – and all the star wattage you’d expect from the A-list couple floods the empty, white, curved decks. Director Morten Tyldum does well to juggle the swooning sensation that such a story is meant to inspire with a disturbing creepiness that’s caused by Jim increasingly dubious actions.

The movie tries to lean explicitly into the moral dilemma of seeing him repeatedly deceive Aurora and control what she knows and doesn’t, challenging us to cheer for their shared affection and simultaneously question it. But while Pratt and Lawrence both find surprising nuances in their relatively limited roles, the movie makes a fatal error: it tries to get us to feel sorry for Jim, despite him being a horrendous human being.

There’s a tragic story in here about a woman who wakes up and finds herself trapped on an isolated vessel with a creep of a man, but Spaight’s screenplay has got the polarities reversed, which means that every subsequent plot point ends up lacking impact – and an underwhelming final act only makes thing feel even more inconsequential and irrelevant. It takes some doing to turn a two-hander starring Chris Pratt and Jennifer Lawrence into something bad, but the execution of Passengers’ initially intriguing premise renders the whole thing dramatically inert. Try as our duo might, as their eyes fill with fear and they try to find a way out of their presumed doom, they can’t give this dull titanic the fuel it needs to stay afloat.

Where can I buy or rent Passengers online in the UK?

Catch up TV review: Liar, 24 Hours Inside Your Body, Educating Greater Manchester, Eat Your Heart Out 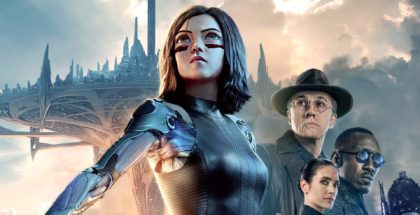 Why you should be watching This Is Us January 8, 2018 | Ivan Radford 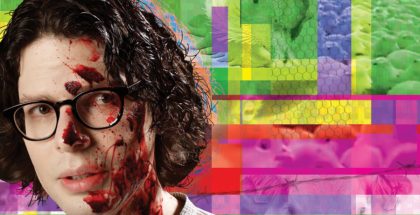