VOD film review: One Cut of the Dead | Where to watch online in UK | How to stream legally | When it is available on digital | VODzilla.co

VOD film review: One Cut of the Dead

A zombie comedy about zombie comedies, this whip-smart deconstruction of expectations is a breathtaking, exhilarating surprise.

“Action!” yells director Higurashi (Takayuki Hamatsu), as One Cut of the Dead gets underway. And so young actor Ko (Kazuaki Nagaya) once again begins shuffling towards nervous actress Chinatsu (Yuzuki Akiyama) in a rundown warehouse, blue in the face from a make-up job that’s only scary because of how bad it is. It’s a shambling, shambolic mess, but a mess that’s being made out of sheer love from the genre. At least, that’s why we presume Higurashi is yelling all the time.

But the more he complains that his actors are fake and unconvincing, the more ominous the mood gets on this microscopic set. And so it’s inevitable that amid this ensemble, a tiny sliver of reality should emerge – at first, in the form of an actual zombie. Because this warehouse, wouldn’t you believe it, is based on the site where military experiments once took place, and, years later, the resulting monsters still haunt the land.

It’s a time-honoured set-up for a horror, and Shinichiro Ueda’s B-movie succeeds because it knows that only too well – and, moreover, it understands precisely how much work has to go into even the most mundane of spooky premises. That respect is baked into every second of its opening 37-minute-long single take – a showstopping feat that makes you appreciate the artistry behind its artificiality. Even the title, One Cut of the Dead, knowingly highlights the mechanics required to produce the movie’s jaw-dropping camera movements, but the move does so with enough playful humour to avoid the whole thing becoming an anti-climax.

That’s partly thanks to the comic timing of the excellent cast, from Akiyama’s earnest star to Harumi Syuhama as make-up lady Nao, who goes from on-set veteran to kick-ass fighter with the kind of smarts that are born from experience. (You’ll be following her self-protection exercises for weeks after watching.) But it’s Takayuki Hamatsu’s Higurashi and his daughter who are the real stars, as he leaps into every perilous situation with that same unchanged bark of “action”.

The more we see him at work, the funnier and more intricate the whole thing becomes, as One Cut of the Dead twists and turns in a way that’s endlessly inventive, wittily choreographed and hysterically edited – not bad going for a micro-budget Japanese movie that never expected to released worldwide. Announcing Shinichiro Ueda as a major talent, it harnesses amateurish effects with unrivalled imagination to produce a zombie comedy about zombie comedies, a whip-smart deconstruction of expectations that neither skimps on the zombie nor the comedy – and proves, with that same infectious love for the genre, that there’s still life in the undead movie yet. What a breathtaking, exhilarating surprise this is.

Where can I buy or rent One Cut of the Dead online in the UK?

Where can I buy or rent One Cut of the Dead online in the UK?

A Star Is Born: A foot-stomping, tear-jerking classic 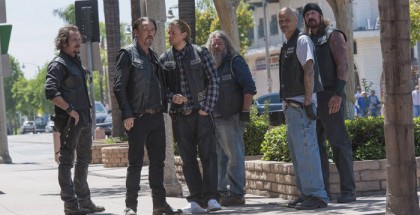