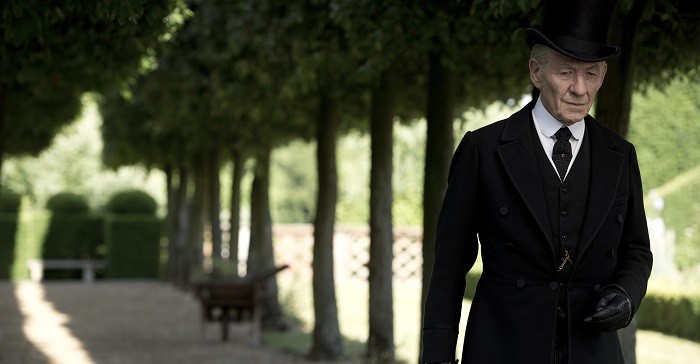 A serene but devilishly smart take on one of popular culture's most enduring legends.

What happens when one of the sharpest minds in literary history begins to fail? That’s the question posed by Bill Condon’s remarkable Mr. Holmes, in which Ian McKellen stars as the famous Baker Street detective, approaching his centenary year and concerned that everything that defines him is deteriorating. It might not sound like the Holmes we’re used to seeing these days, and that’s because it isn’t – but if there’s room on cinema screens for Robert Downey Jr’s ass-kicking interpretation, then there’s certainly room for McKellen’s: a sensitive and elegant meditation on memory, wrapped in an ingenious unpicking of the Sherlock mythology.

Granted, Holmes doesn’t spend all his time here bimbling about as a forgetful nonagenarian; his post-WWII, Dover-based dotage is a framing device – albeit a crucial one – for a plot that centres around his final case, set 30 years previously. In a classically Holmesian setup, a man comes to Baker Street to ask the world’s greatest consulting detective for help figuring out what’s going on with his wayward wife; that story leads Sherlock to face some uncomfortable truths, and its tragic outcome forces him to take drastic steps.

Meanwhile, back in 1947, Holmes is now an irascible, bee-keeping 93-year-old, living with a short-tempered housekeeper (Linney) and her inquisitive young son, Roger (Parker), who takes a keen interest in Holmes’ past. Pushing the old man into recalling the details of his last case, Roger leads Holmes to realise that some things are best left forgotten, whether you intend it or not.

What’s under the magnifying glass here, as much as the finely written and acted relationships between the three leads and the melancholy sadness of ageing, is the entire process of storytelling that’s built up around Sir Arthur Conan Doyle’s hero since his inception in the 1887 novel, A Study In Scarlet. The blurring of truth and fiction, even within fiction itself, is given a multi-layered approach by Jeffrey Hatcher’s cunning script, based on Mitch Cullin’s 2005 novel, A Slight Trick Of The Mind. Sherlock fans have always known that Holmes disregards his friend Watson’s versions of events as puffed-up exaggerations of the facts, but the concept of the unreliable narrator is turned inside out by McKellen’s flawless performance.

To give you some idea of the narrative complexity at work here, in one scene we watch McKellen (as Holmes) visit a cinema to watch a film based on a book based on events which happened to him, but which have been filtered through Watson’s words and another (fictional) filmmaker’s vision. In the film Holmes is watching, he himself is played by an actor played by Nicholas Rowe, who also played Holmes in the 1985 movie, Young Sherlock Holmes. Confused? Imagine how Sherlock feels. But it’s this labyrinthine construction of events that will appeal to anyone who loves a good story, even if the surface tale feels a little low-key.

The very existence of Condon’s film is worth celebrating, for it offers yet another view of a cultural icon that’s as different from Conan Doyle’s books, Basil Rathbone’s films, Jeremy Brett’s TV series, Guy Ritchie’s blockbusters and Benedict Cumberbatch’s slick interpretation as it is genetically, inextricably connected to them. We should be grateful for such an original take on the character; for it to be as satisfying and fitting an end to his adventures as we’re likely to see is almost too good to be true. 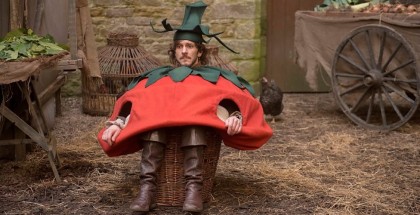