VOD film review: Man Down | Where to watch online in UK | How to stream legally | VODzilla.co 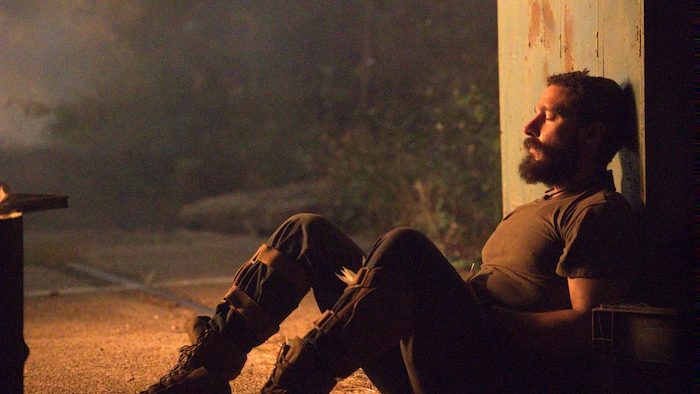 Shia LaBeouf is a great actor. While his eccentric off-screen antics and time in Transformers are often the subject of people’s attention, his brooding, charismatic turns in American Honey and Fury (not to mention the Rob Cantor music video Shia LaBeouf) have revealed him as someone who could be the next Marlon Brando, maturing into a performer of real substance and depth. Man Down is proof once more of his serious chops. That, however, doesn’t mean the film is any good.

Shia plays Gabriel Drummer, a marine who returns home from Afghanistan only to find that the USA has been turned into a post-apocalyptic wasteland. And so he does the natural thing and searches for his wife, Natalie (Kate Mara), and son, Jonathan (Charlie Shotwell). He’s helped in his efforts by BFF Dev (Jai Courtney), a quest that’s intercut with an interview between Gabriel and a military therapist (Gary Oldman).

The back-and-forth structure is intended to build up both suspense and emotion, as we reach a dramatic climax, but the whole thing unravels the longer it goes on. Director Dito Montiel, who worked with LaBeouf on A Guide to Recognising Your Sants, and also helmed the excellent Fighting, starring a young Channing Tatum, draws an impressively intense performance from his lead. He also manages the jump from Drummer’s softly-lit dream domestic life to the dark, bleak landscape of the home he’s returned to with striking juxtaposition.

But rather than trust LaBeouf to bring the depth and nuance needed without words, Adam G. Simon’s script overplays everything. At the same time, he’s determined to hold back as much information as possible to manufacture twists and turns where a straight, chronological telling of Gabriel’s story would be more effective. The result is a haze of heavy-handed metaphors, unsubtle PTSD and a title that feels increasingly manipulative.

Man Down is available to watch online on Amazon Prime Video as part of a Prime membership or a £5.99 monthly subscription.

Where can I buy or rent Man Down online in the UK? 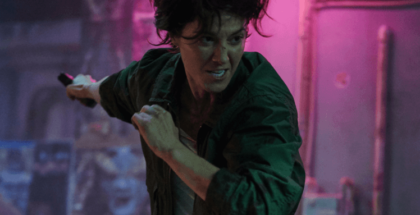