VOD film review: Luxor | Where to watch online in UK | How to stream legally | When it is available on digital | VODzilla.co

Andrea Riseborough is one of the most underrated, and under-used, British actors working today. It’s a treat, then, to see her get two much-deserved showcases within weeks of each other: Brandon Cronenberg’s head-spinning sci-fi Possessor and Luxor, a film that couldn’t be further from that description.

Zeina Durra’s drama sees Riseborough play Hana, a doctor who has worked on the frontline of war on the Jordanian and Syrian border. Scarred from the conflict, she heads to the titular resort to recover and recharge her batteries. We follow as she ventures through tourist sites but with a cool detachment – it’s only when she encounters Sultan (Karim Saleh) that she begins to spark back to life.

Sultan is an archaeologist, which is at odds with her aim to move on from the past, not least because they’ve got romantic history between them from years before. But rekindling that bond, to some degree, helps awaken some of Hana’s sense of self, and Durra’s direction beautifully balances the impressive, evocative locations with the intimate chemistry from her two leads.

Saleh’s easygoing charisma makes him a charming potential companion, while Riseborough’s gradually thawing survivor of conflict is magnetic to watch; with little dialogue to play with, she conveys her enormous internal baggage through her facial expressions and expressive physicality. One restaurant scene sees her attempt to recreate a dance she once learnt to impress and entertain Sultan, and it’s a display that’s quietly, heartbreakingly awkward, reinforcing the gulf that has opened up between Hana and the world around her as she relents and crumples against the wall. The result is a moving, compelling study of one woman on the verge of breakdown, a slow and thoughtful meditation on coping with trauma.

Luxor is available on Sky Cinema. Don’t have Sky? You can also stream it on NOW, as part of an £11.99 NOW Cinema Membership subscription. For the latest Sky TV packages and prices, click the button below.

Where can I buy or rent Luxor online in the UK?

The Vicar of Dibley in Lockdown: BBC One orders Christmas specials 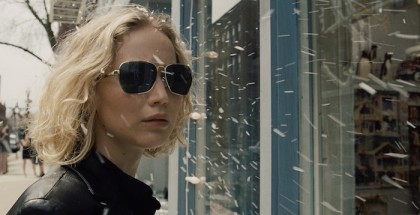