VOD film review: Ice and the Sky | Where to watch online in UK | How to stream legally | When it is available on digital | VODzilla.co

“I’m 82 and staggered to see the impact our discoveries can have.” That’s Claude Lorius, a French scientist and director emeritus of research at CNRS. It doesn’t sound like the most thrilling opening to a documentary, until you appreciate just what it is that Claude did: in a way, he discovered climate change.

Those two words have become commonplace in our vocabulary, to the point where it sounds quite harmless, but the heating up of our planet is a vital problem facing both the Earth and the human race. It’s little surprise that, as politicians fail to take decisive action against the phenomenon, filmmakers have stepped up to release a whole wave of movies about the issue in recent years, from Snowpiercer and The Day after Tomorrow to documentaries such as The Island President and Chasing Ice.

The latter followed James Balog, a photographer who devoted his life to taking pictures of melting glaciers to prove they were shrinking – and Ice and the Sky takes a similar tact, presenting a human story rather than a scientific one. We see Lorius drilling into the South Pole, taking out tubes of the ice to analyse air bubbles and determine its surface temperature when it first froze. It’s a feat that took huge practical effort and the use of home videos and other footage gives us a tangible sense of its technical smarts plus its toll upon Claude – a weight that contrasts with the beautiful landscapes on display.

Director Luc Jacquet (March of the Penguins) stitches the variety of visual formats together at a compelling pace, only losing his way with a penchant for lofty, poetic narration. “Why me? Is it luck? Is it fate?” Michel Papineschi’s voice-over muses, puzzles that aren’t really the ones we want to be raised. But if you can get past the layer of overwrought style, the result remains astonishing, not just because of what Claude discovered, but what it took for him to do so. All those other climate change documentaries – some of which are superior (again, see Chasing Ice, which would make for a neat double-bill with this) – wouldn’t exist without Lorious’ work. That’s the staggering impact you appreciate by the movie’s provocative end, which leaves you with one question: what are you going to do about it?

Ice and the Sky is available to watch online on Amazon Prime Video as part of a Prime membership or a £5.99 monthly subscription.

Where can I buy or rent Ice and the Sky online in the UK? 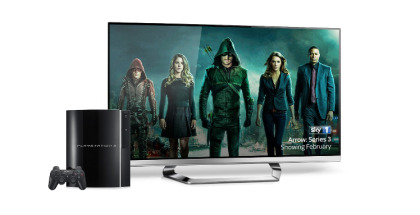